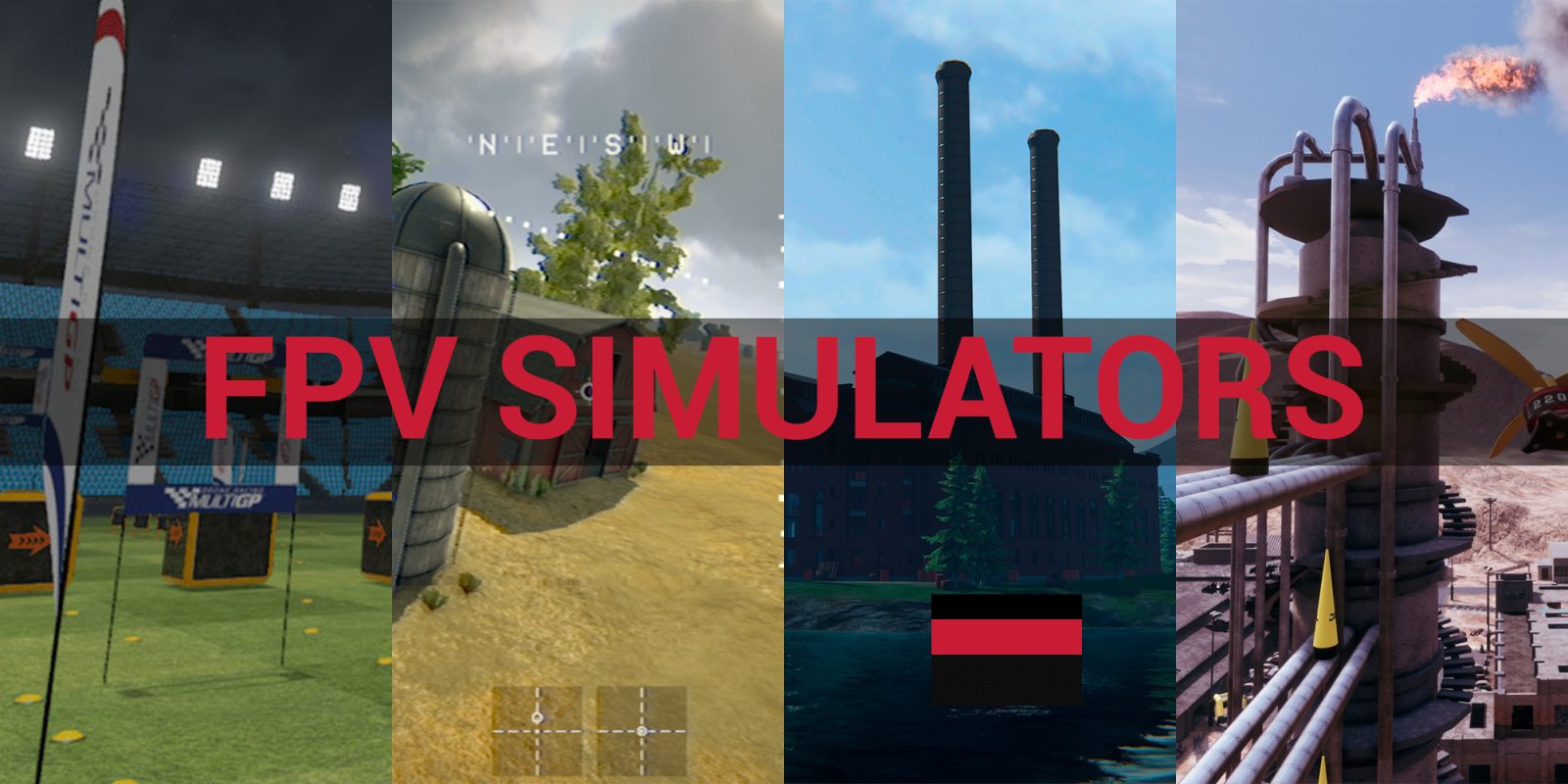 With a plethora of FPV drone simulators out there, which ones are worth your time? Today, we’re breaking down the best FPV sims and where you can get them.

If you’re getting into FPV, chances are you’ve been told the best place to start is the sim. This is true. Your first purchase should be a radio, then a sim. For the radio, I highly recommend the Radiomaster TX16 or a TBS Tango 2 Pro. That way, you start with a good radio that will last you throughout your FPV journey. With that out of the way, what about the sim? There’s a plethora of options, and I can’t reasonably list all of them. So what I’ll do is list the ones I’ve tried, the ones I recommend, and some free alternatives worth mentioning.

This is the one any experienced pilot will recommend, and ultimately, this is the one you’ll end up with if you want to seriously hone your skills. It doesn’t have the prettiest graphics, but that just means it can run on less powerful computers. Graphics shouldn’t matter in sims, especially if you’re flying analog anyway. What it does have, though, is the best feel and physics. It’s the one out of the bunch that feels the most like my real 5″ quad.

Velocidrone is a straight up cut and dry simulator. Unfortunately the demo version is no longer available and the full version will set you back about $20, but it’s completely worth it.

Definitely the most popular and wide spread FPV sim. It does a lot and gets a lot right, but it’s not the best sim for if you want to set it up to fly exactly like your actual quad. It’s a more of a polished video game of FPV. With that said, you can expect good graphics, nice maps, a lot of quad choices (down to the parts). There’s also the Steam Workshop support, which means you can easily download other people’s custom quads and maps. Downloading a pre built quad and just adjusting the rates and camera tilt, is the shortcut to making Liftoff fly closer to a real quad.

It’s a good sim for the total newbie to try out a lot of different things the hobby has to offer, and I can recommend it, but I still prefer Velocidrone. They cost about the same, but seeing as Liftoff is available on steam, it’ll occasionally be on a discount. Liftoff is also available on consoles.

Another FPV sim available on steam, but starting out at just 10 bucks, DRL has been developed by and is tied in to the TV show of the same name. I found it easier to set up and have fun with than Liftoff, but it doesn’t feel as tight and responsive as Velocidrone does. Like liftoff it features a bunch of maps, various drone sizes, the ability to customize and PID tune. No steam workshop, but it also has custom maps and a map editor. But my favorite part about DRL is how it handles online multiplayer by putting you up against the ghost quads of other pilots best times, specifically the next couple of pilots on the leaderboard for that map/track.

What makes the DRL sim unique, though, is the show. In the past, you could get on the show and get to compete in the league, as the sim pilot, flying the real deal, by winning enough pre-season tournaments on the sim. During these pandemic times, though, the show hasn’t been filmed anywhere live this season, and the league was completely held on the sim. DRL sim is also available on consoles.

Named accordingly, the DCL sim is the first sim that I can’t really recommend as a sim. It’s a game. Prettiest graphics by far, but also pretty resource intensive on your PC. Interesting maps and decent online multiplayer, but the simulator physics just aren’t there. DCL is far more arcade-y feeling. I haven’t tried it since launch, so it may have improved. But seeing as I’ve already got three sims that do everything, I haven’t sprung for getting DCL. Other than free weekends, I haven’t played much of it.

If you’d still like to check it out for yourself, and you’ve got $30 lying around, DCL is also available on steam and on consoles.

Nothing special to say about FPVFreerider other than there’s an android version. It’s the cheapest sim and graphics are poor, but it will run on anything. Physics are a bit wonky, and honestly, I can’t recommend this sim, but it’s out there, people have used it, so I’m listing it.

There’s a free demo version, or the full $5 experience is available on steam.

If you’re into FPV, you probably know what a tiny whoop is. And that’s what this is. Tiny Whoop Go is a free sim brought to us by Tiny Whoop, and it’s exclusively focused on the indoor tiny whoop experience. I haven’t tried it, but I’ve heard good things from people who have.

The best free FPV sim alternative. Good graphics, easy on the PC, easy to set up and decent physics. Available on steam and in development by Orqa FPV, who you might be familiar with because of their goggles, the Orqa FPV.One, which happen to be the best analog goggles on the market.

Another free alternative in development, FlowState is available on steam. The primary focus is on feel, so they say. Realism and good physics. But in the current state, I can’t say it’s quite there yet. But like we mentioned earlier, it’s perfectly fine for learning the basics. Any of these sims are.

This one is pretty cool. Not a real FPV simulator, but rather an FPV quad mode in a game development tool. It’s a bit system intense, doesn’t have realistic physics or any race options, but what it does have is the best maps to fly around, which aren’t necessarily intended for FPV but completely deliver. Since it’s available on steam and has steam workshop support, you can browse a huge number of cool creations people have made over the years.

We have SyncFPV to thank for this one. He does a better job explaining what it is than I do. I’ve tried it and had a lot of fun with it. Some of the maps are truly spectacular. I can’t recommend it for actual simulator practice, but for just having fun and exploring a bunch of spots, it’s a blast.

Now here’s something completely different. The special thing that makes this a good choice for a freestyle sim is the world itself. The map is huge and alive. Full of interesting spots, moving cars, boats, planes, people. It’s pretty fun. Physics wise not the best, but again, the appeal is in the living world you get to fly in, not realistic quad physics.

We’ve covered this mod in the past. You can check it out along with how to get it in this article.

Keeping with the theme of video game FPV sim mods, here’s another one that’s fun. Once again courtesy of SyncFPV. Again, a nice selection of maps, not the best physics but exploring the maps and chasing scateboarders is a blast!