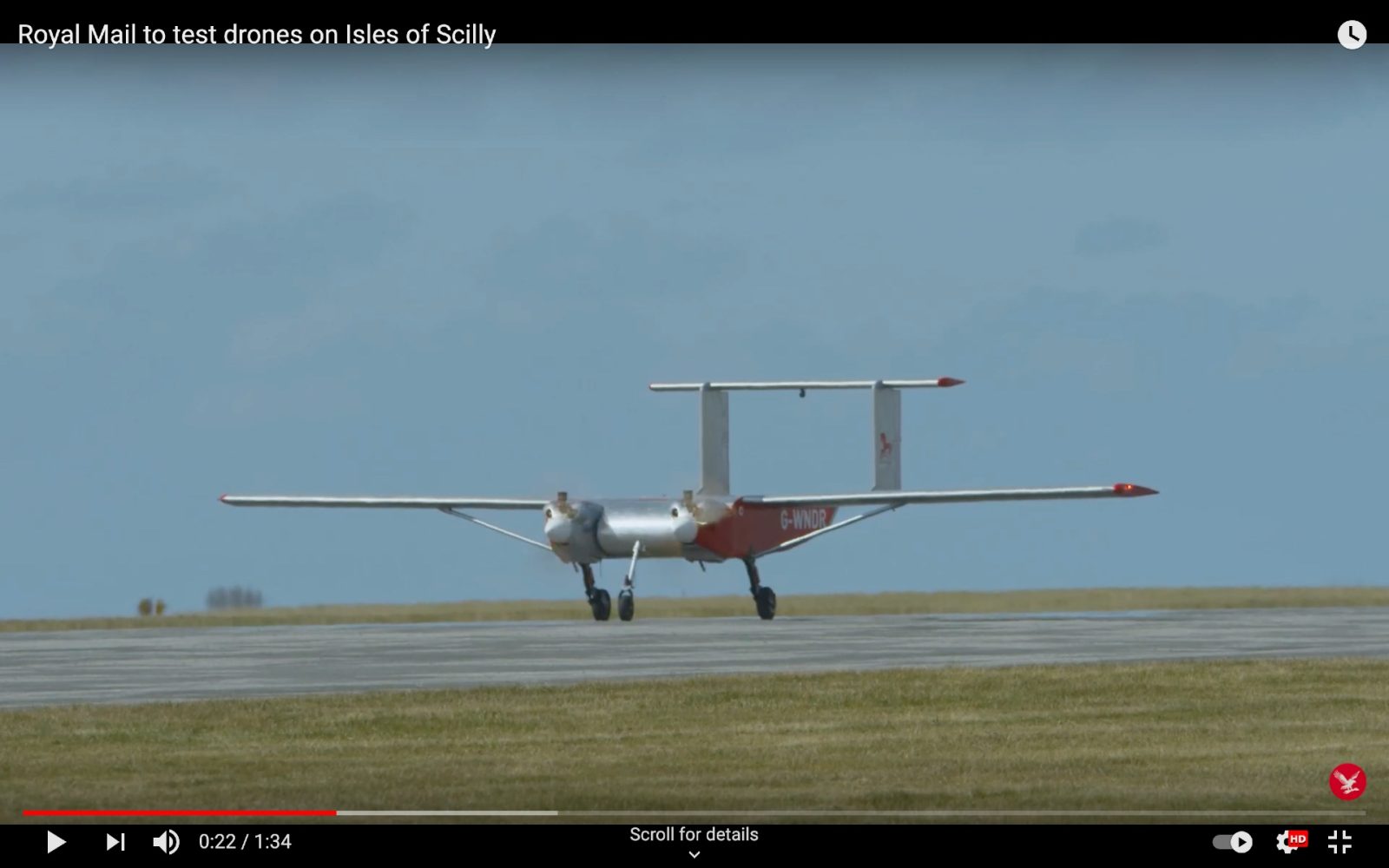 Royal Mail drone bound for the Isles of Scilly
0

Nobody can claim the august Royal Mail is resistant to change. Not only has the 506-year-old company already begun testing delivery by drones, but it now plans to extend that through Beyond Visual Line of Sight (BVLOS) flights as well.

Getting all Scilly with drones

Royal Post says it’s preparing to start trial delivery flights this month to the Iles of Scilly, located 30 miles off the coast of Cornwall. That distance makes BVLOS operation obligatory. The initial shipments will be of COVID-era must-haves: primarily personal protection equipment and COVID-19 testing kits. A later phase of the project will expand to delivering regular mail.

The move follows Royal Mail’s decision in December to test drone deliveries to remote UK locations. That resulted later that same month in an initial unmanned aerial vehicle (UAV) shuttling a package to a lighthouse on the Scottish Isle of Mull. But with Mull situated only about 110 yards from the mainland, the BVLOS runs to Scilly represent a far more ambitious undertaking.

Nick Landon, Royal Mail chief commercial officer, says turning to drones is part part and, um, parcel of the group’s continued modernization. He also describes it as seeking to keep pace with demand for service.

This is part of our constant drive to incorporate the best and most innovative technologies into our network. We’ve seen a huge increase in parcel volumes since the start of the pandemic, and this is just one of the ways we are looking to support our postmen and postwomen in delivering fast and convenient services for all of our customers.

Royal Mail has partnered with DronePrep, Skyports, and the University of Southampton in the project. Manufactured by the UK’s Windracers Limited, the twin-engine drones involved have a payload of up to 220 lbs., and autonomous range of up to 70 miles.

Drone efficiency on all fronts

Those UAVs will touch down at the Iles of Scilly’s St. Mary’s airport. As parcels expand from health supplies to regular mail, smaller drones will be used to shuttle post from St. Mary’s to specific locations across the archipelago.

The experiments will not only allow Royal Mail to better gauge the feasibility of using drones to serve remote communities. They will also shape decisions on how UAVs may facilitate the work of postal employees on normal routes. Analyses will also calculate to what extent drone use can lower the Royal Mail’s carbon emissions.