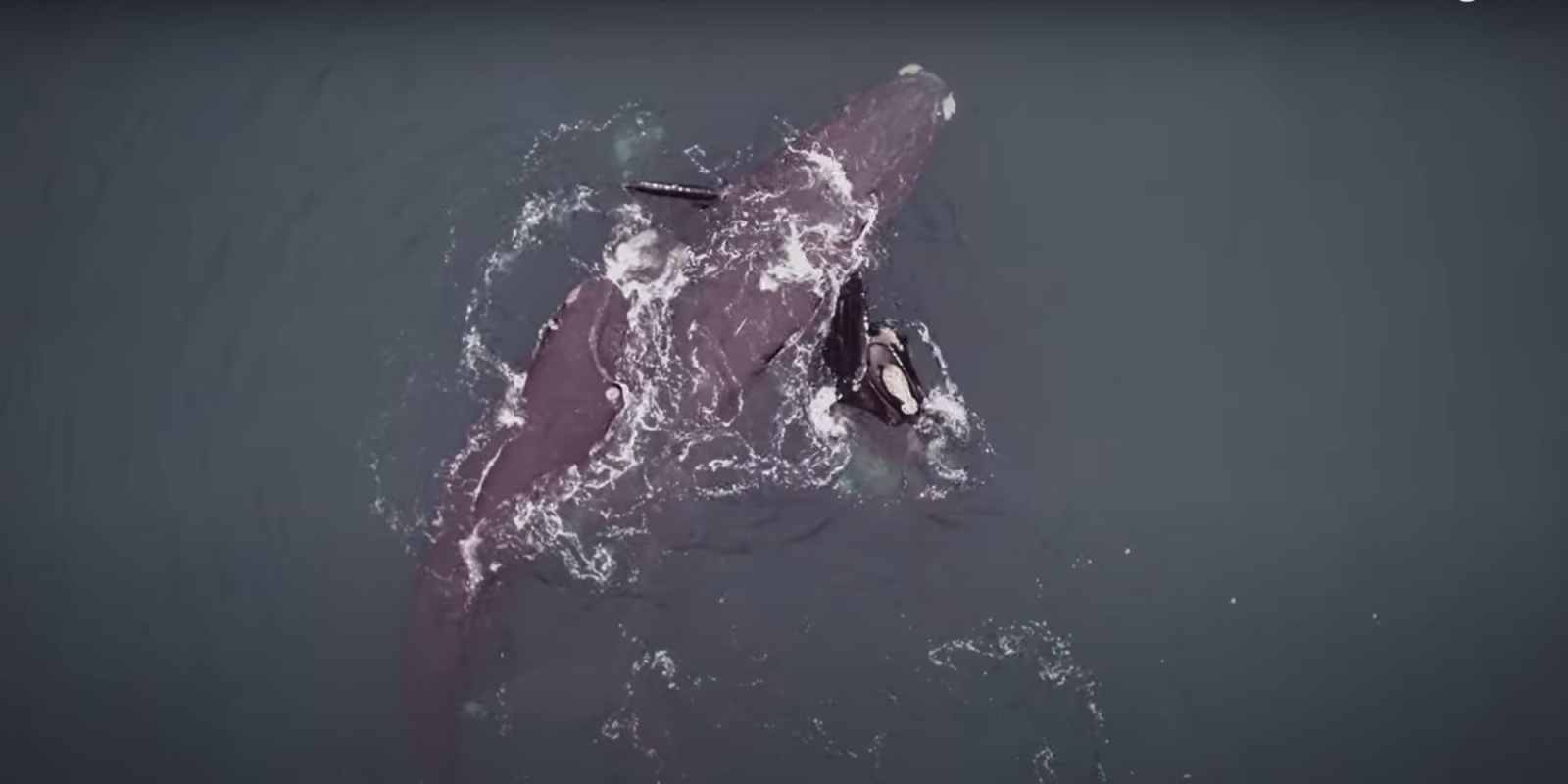 A rare public display of affection between two critically endangered North Atlantic right whales has been captured by a wildlife photographer in Cape Cod Bay. And we guarantee it will brighten up your day.

Let’s admit it. We all can use a massive whale of a hug these days. And if an ongoing global pandemic is forcing us to think about our mortality and making us seek comfort in the arms of our loved ones, why would a critically endangered species be any different?

National Geographic photographer Brian Skerry witnessed a remarkable biological event earlier this year while on a research trip with scientists from Woods Hole Oceanographic Institution (WHOI) and the New England Aquarium. Two male right whales, each draping a fin over the other’s body, came up to the surface and swam along together as one. Check for yourself:

Are the whales really hugging?

Now, this question is on everybody’s minds. And we’ve got answers.

According to researchers from WHOI, what the majestic creatures appear to be doing is technically described as “belly to belly” in whale parlance. It’s a form of showing affection and, perhaps, signals attempts at mating.

On the other hand, Susan Parks, a behavioral ecologist at New York’s Syracuse University, calls the interaction nothing more than curious animal behavior. She tells National Geographic:

North Atlantic right whales engage in these social surface interactions very commonly. The behavior has been observed in all known habitats, at all times of the year.

Whatever the correct answer may be, WHOI rightly points out that this rare event was full of hope and wonder. And it should serve as a reminder of the urgent need to save the North Atlantic right whales – of which only 360 individuals are left on the planet.

News about North Atlantic right whales typically focuses on the trauma the mammals suffer from collisions with ships and entanglement in fishing gear. At least we can use this brilliant drone footage as a reminder that if we reduce and mitigate the trauma that these animals routinely face, they can thrive and recover.