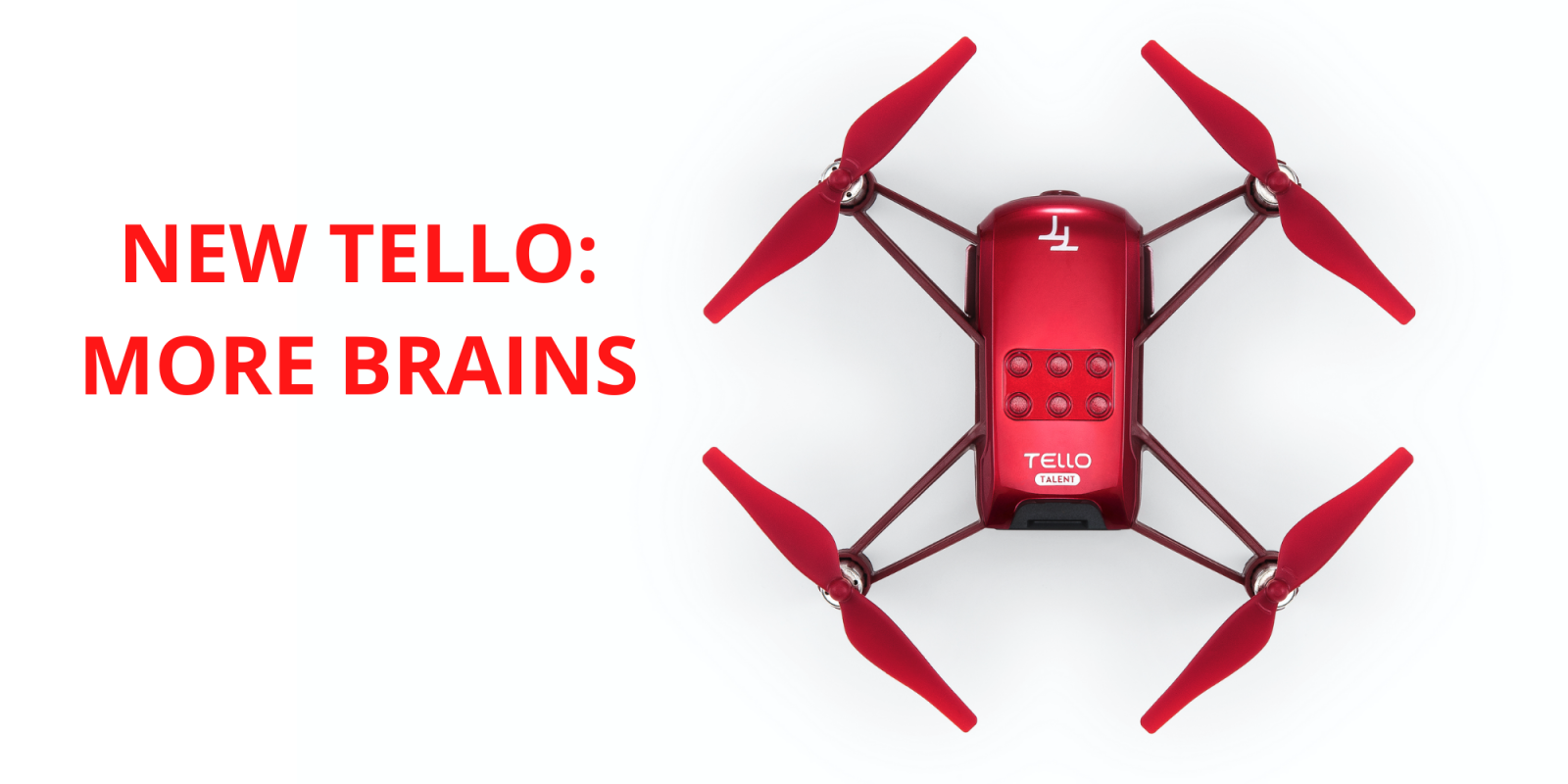 DJI has released a new drone aimed at the educational market. It picks up from the Tello EDU model and adds a ton of new features – including the ability to fly a group of the drones in a swarm.

The new drone is called the Robomaster Tello Talent, or Robomaster TT. The $239 drone falls under the wing of DJI’s newly established Education division, which works closely with schools to promote STEAM (Science, Technology, Engineering, Arts, and Math). The company says the new product maintains all the features that made the Tello so popular, but has a new board that adds on a ton of new capabilities. And, of course, the capabilities are truly unlocked when you start coding.

In a news release, DJI says the TT has a pretty impressive suite of new capabilities, thanks to a combination of both new hardware and software. Here, from the release, are some deets:

The TT is equipped with a powerful ESP32 microcontroller board to provide Arduino and MicroPython open-source coding platforms that supports Arduino, MicroPython and Scratch offline coding. Students can see their coding come to life, by writing custom codes to change the colors and flash frequency of the TT’s programmable RGB 256 all-color LED light or create simple shapes, animations and letter scrolling effects on the 8X8 Red and Blue LED dot matrix screen fitted on the TT.

For students, this is a perfect tool for pursuits in STEAM. The Tello Talent is great both for teaching students about drones – and also to teach them about coding. DJI clearly believes this offering will fill an important niche, says DJI’s Jianrong Gao:

We’re thrilled to not only be adding a new product but an entire educational support system to our roster of education innovation. As we continue to expand DJI Education, we hope to provide the new and impactful tools and hardware  for teachers  to excite the next generation of tech innovators. The RoboMaster TT was specifically designed to appeal to students while cultivating knowledge in AI robotics, programming in a fun, easily digestible and hands-on time which is crucial for applying real world knowledge.

Oh, and did we mention you can program a swarm???

The DJI release contains some other details on the tech of this little drone. And it appears there is a lot packed in there:

With an improved 5.8 WiFi module, users can connect drones and program a swarm to perform pre- programmed synchronized missions. For a more in-depth experience, advanced students can program the swarm to fly custom maneuvers and formations with simple coding languages such as Scratch, Swift and Python using the new swarm software.

The TT is designed to be a perfect fit in the classroom. It has protected propellors and is very lightweight. Using simple coding languages like Scratch, Swift, and Python using the new swarm software, students can program formation flights and custom manoeuvres.

The drone features an improved 5.8 GHz Wi-Fi module, and an infrared Time of Flight (ToF) sensor. It’s a similar sensor to those found in the Inspire 2 and Mavic 2 Pro, allowing for distance detection of up to 1.2 meters and simple obstacle avoidance.

Want to buy one? You’ll be able to order at EDU dealers and on the DJI Store next week.