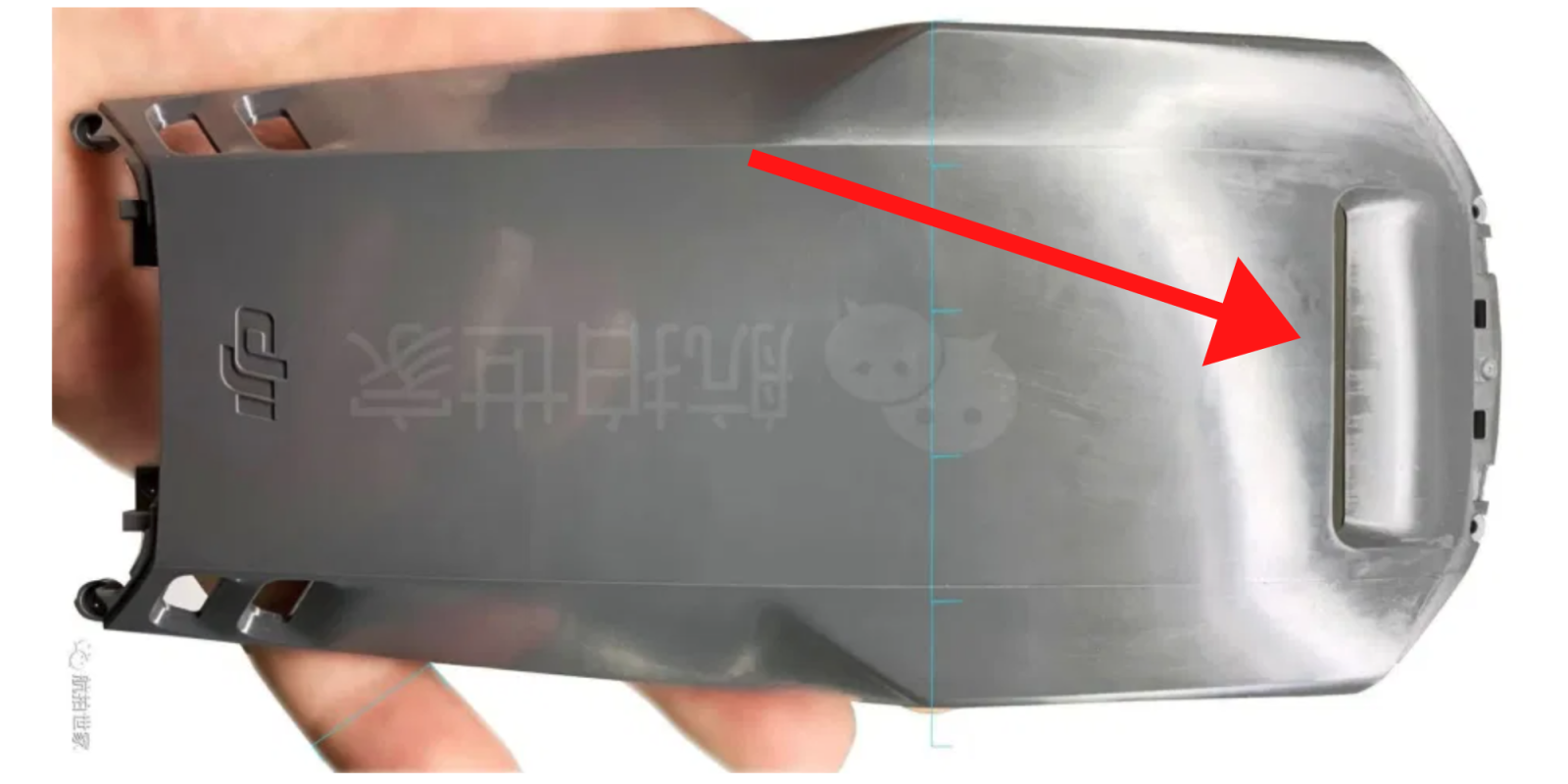 Images showing a shell from what’s either a DJI prototype or a forthcoming product have emerged. And it looks, well, pretty interesting.

DJI has been, as usual, on a pretty consistent roll. Products keep rolling off its assembly lines, with new ones in the wings. Just in the last year, on the consumer side alone, we’ve seen the Mavic Air 2, the Mini 2, the DJI FPV Drone, the new Goggles V2 and the Air 2S. Oh, and while we’re counting, the company just announced the release of its new Robomaster Tello Talent.

But, as always, there’s more in the pipeline.

Well-known Twitter leaker @OsitaLV has a new post up. It shows the body shell/fuselage of what appears to be part of a DJI product. Here’s the Tweet that caught our attention:

Let’s take a closer look at that image, and rotate it:

You can see the familiar Mavic lines here, which has led some (including Osita) to speculate this could be a Mini 3. We don’t know. But we can see some design features that really catch our attention.

Unless DJI has some crazy new long rectangular sensor, that opening at the front end looks very much like a cooling scoop. And where have we seen that feature before? Glad you asked:

The DJI FPV drone makes use of a similar scoop, and it was the first time we’d seen a feature quite like this on a DJI product. Given the processing going on (plus the power), DJI engineers clearly felt it needed something here to help cool components. It looks very much like that’s the intent of the design feature in the @OsitaLV tweet.

For those who’ve been on top of the DJI FPV Drone, you’ve perhaps seen a tear-down. Interestingly, rather than stacking components or putting them on a single larger board, the DJI FPV makes a significant departure: One board of components is on top, parallel with the ground. The second is mounting vertically in front of it at or close to a 90-degree angle.

We can’t tell how deep that new fuselage is because we have only a top view. But it does make us wonder what’s going to go under the hood – and if it will borrow from the FPV configuration. But there’s really no doubt it’s a cooling scoop, which likely means more processing and heat that needs to be dissipated.

It’s also worth noting that this fuselage does not have a cutout for a top-loading battery. Could be this is simply an early prototype shape and that will come. Or it could be that the batteries are rear-mounted, much like the Air 2S and Mavic Pro series (or even the DJI FPV). Interesting.

Will it be FPV?

Too soon to say. But if you pushed us to make a prediction, we’d be inclined to say, “Yes.” DJI has created an entirely new market for people who want an all-in-one, easy-to-fly FPV experience. The demand for its FPV Drone has been high, though of course we don’t have exact numbers.

Our source for the Air 2S originally told us it would be FPV compatible, and we’ve seen plenty of other bits and pieces of evidence to indicate it will be with a future firmware upgrade. The point here isn’t really about the Air 2S; it’s more about FPV becoming an entrenched part of DJI’s product offerings.

This cooling scoop, combined with DJI’s recent FPV push, leads us to think this will be a smaller FPV drone. When will it be released? How much will it cost? Can’t say. But, as always, we’ll keep you posted.