Belgium to use drones for high-precision nuclear radiation monitoring 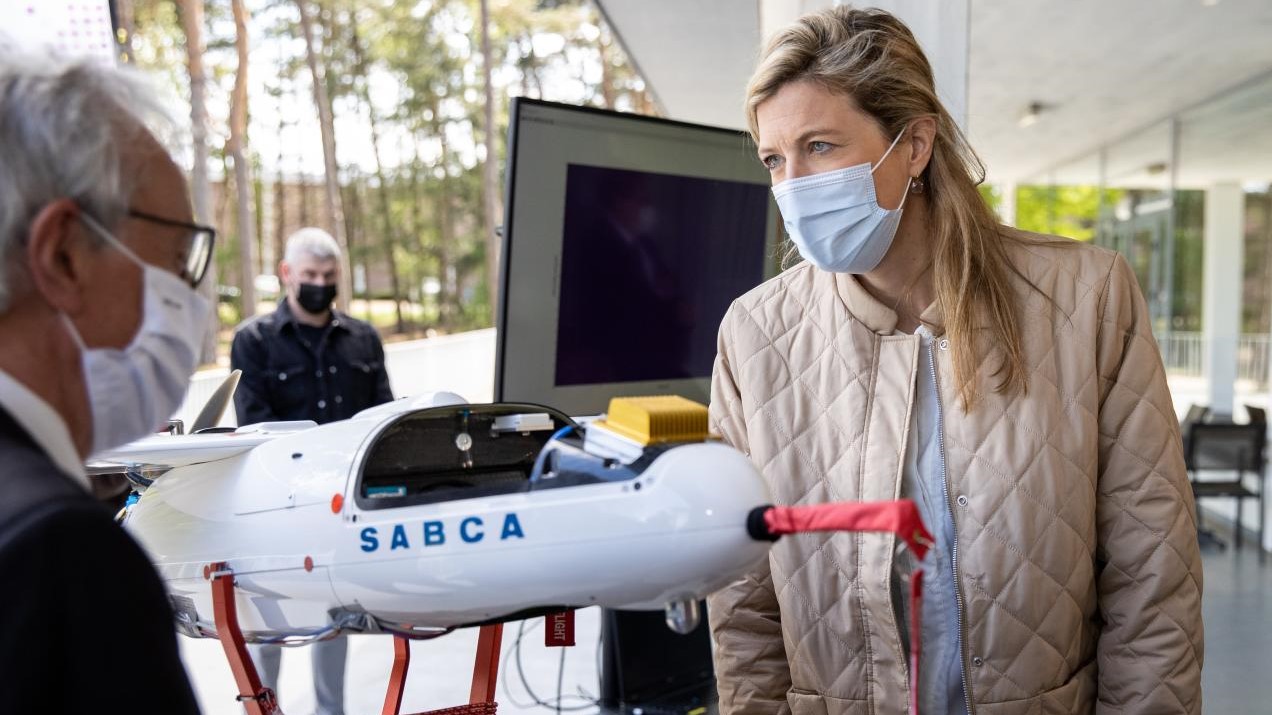 Belgium wants to use drones to study areas for potential radioactive contamination and to monitor nuclear radiation during crises without any human intervention.

So Belgian nuclear research center SCK CEN and aerospace company Sabca are joining forces to equip drones with radiation measuring equipment – a scintillation counter. As a result of this public-private partnership, nuclear radiation measuring drones will soon be used as a part of monitoring programs, during decommissioning projects, and for emergency planning.

Sabca is developing both fixed-wing and multirotor drones to measure radioactivity. The radiation detector is also being designed specially to ensure it does not exceed the maximum payload limit and retains the highest possible sensitivity of the measurement. Johan Camps, who is heading SCK-CEN’s Crisis Management and Decision Support unit, explains how the detector works:

The device measures radioactivity by counting flashes of light caused by the influx of ionizing radiation, which in turn indicates the magnitude of the radiation dose. The more the light, the more the radiation.

Why use drones for nuclear radiation monitoring?

For Camps, flexibility is the biggest advantage of using drones in the nuclear sector. While drones can take measurements from every last nook and cranny of the area of interest, the same cannot be expected from human personnel or someone measuring radiation levels from a helicopter.

Also, unlike conventional measurement techniques, when drones detect radioactivity, the information can be relayed to the control center in real-time – while the drone is still in the air. This allows for better on-the-ground decision making, maximizing the protection of collaborators.

Now, while both SCK CEN and Scaba are convinced that the use of drones will enable the nuclear sector to perform precise measurements across extensive areas much more easily, the partners want to make sure they can walk before they try to run. They quip:

The first thing we have to do is to further hone the technology, but who knows… Once we’ve refined their use, maybe drones will come to form an indispensable part of monitoring programs and decommissioning projects.

Drones indeed are a significant step up in terms of radiation protection. It’s worth noting that, in 2018, the United Kingdom also developed a radiation-mapping drone with the aim to deploy it inside the damaged and contaminated reactor building of the Fukushima nuclear power plant in Japan. That drone utilized laser-based obstacle avoidance technology, so it could fly autonomously deep within the power plant where GPS signals couldn’t reach. It is now available for use in both routine and emergency situations.