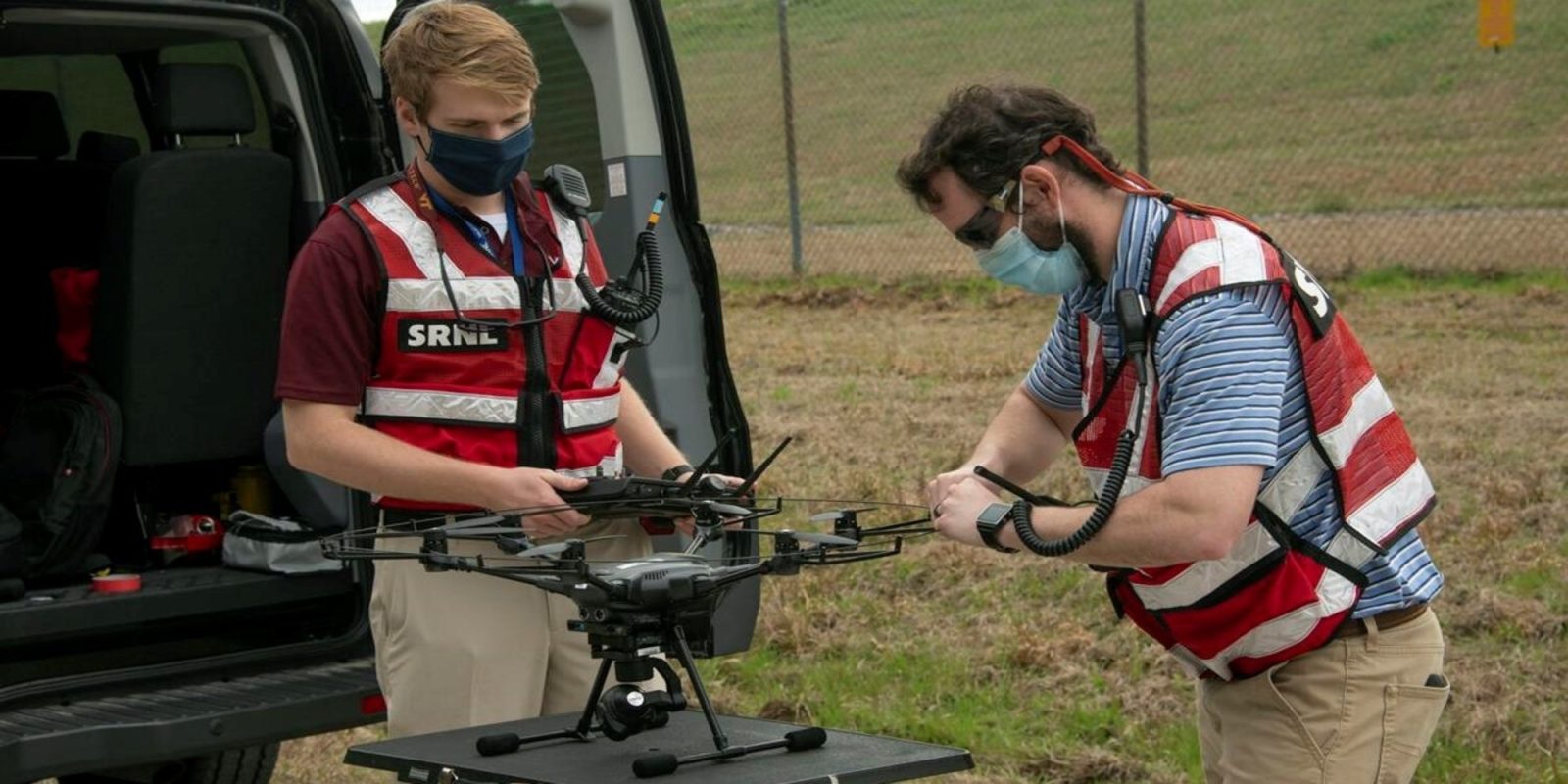 Forced to think out of the box and come up with a safer way to demonstrate the integrity of remediated nuclear waste sites during the COVID-19 pandemic, a South Carolina contractor is now turning to drone-based aerial inspections.

From 1953 to 1988, the Savannah River Site (SRS) – a 310-square-mile area located near Aiken, South Carolina, on the Savannah River – produced about 36 metric tons of plutonium for the US government’s nuclear missions. Today, the US Department of Energy-owned site is home to white-tailed deer, turkeys, eagles, alligators, multiple snake species, amphibians, songbirds, as well as the endangered red-cockaded woodpecker.

The site’s management and operations are entrusted with Savannah River Nuclear Solutions (SRNS) – a company that has traditionally been sending ground teams to walk the cleanup sites and inspect the structural integrity of the protective covers at waste facilities.

But with more than 100 acres of combined waste land, inspecting the cleanup sites manually has never been easy. The covers themselves consist of geosynthetic material and soil, topped with grass sod, and need to be closely reviewed for hogs rooting up the soil.

And then, COVID-19 struck and complicated things further. As Juana Maddox, project lead for SRNS, explains:

Nearly every one of our regulators has been working from home and no one wants the increased risk of driving to the site and gathering to use traditional site inspection methods.

So, SRNS has decided to leverage camera-mounted drones. The drones typically maintain a height of 10 to 12 feet above ground during the aerial inspections, while occasionally soaring up to 150 feet for a broader perspective. Inspections range from 30 minutes to five hours, depending on the size of each protective cover.

Troy Lorier, a drone operations manager and aviation safety officer with Savannah River National Laboratory, insists that the benefits of using drones for inspections are significant:

We can quickly and efficiently ensure all aspects of the remediated waste site are in good condition in a fraction of the time required to walk the site. Plus, issues such as damaged fencing, erosion, or where hogs have rooted up the soil, can be quickly identified and the exact location passed on to maintenance crews.

Concurring that using drones could have a huge impact on meeting the needs of federal and state regulators who annually conduct site inspections, Maddox tells:

For a recent aerial inspection, 10 engineered protective covers at waste facilities within SRS were inspected. We’re meeting virtually and viewing aerial footage and photos. We have high expectations that this will work out extremely well for everyone.

It’s worth noting that SRS has been running and maintaining a nuclear drone program since 2009. Typically, the contractor uses drones for emergency response surveillance, radiation detection, aerial photography and videography, as well as counter-drone testing and training purposes. In 2020, SRS won the Department of Energy’s coveted UAS Aircraft Unit Award.