Is this a drawing of a DJI Mavic 3 Pro — or something else? 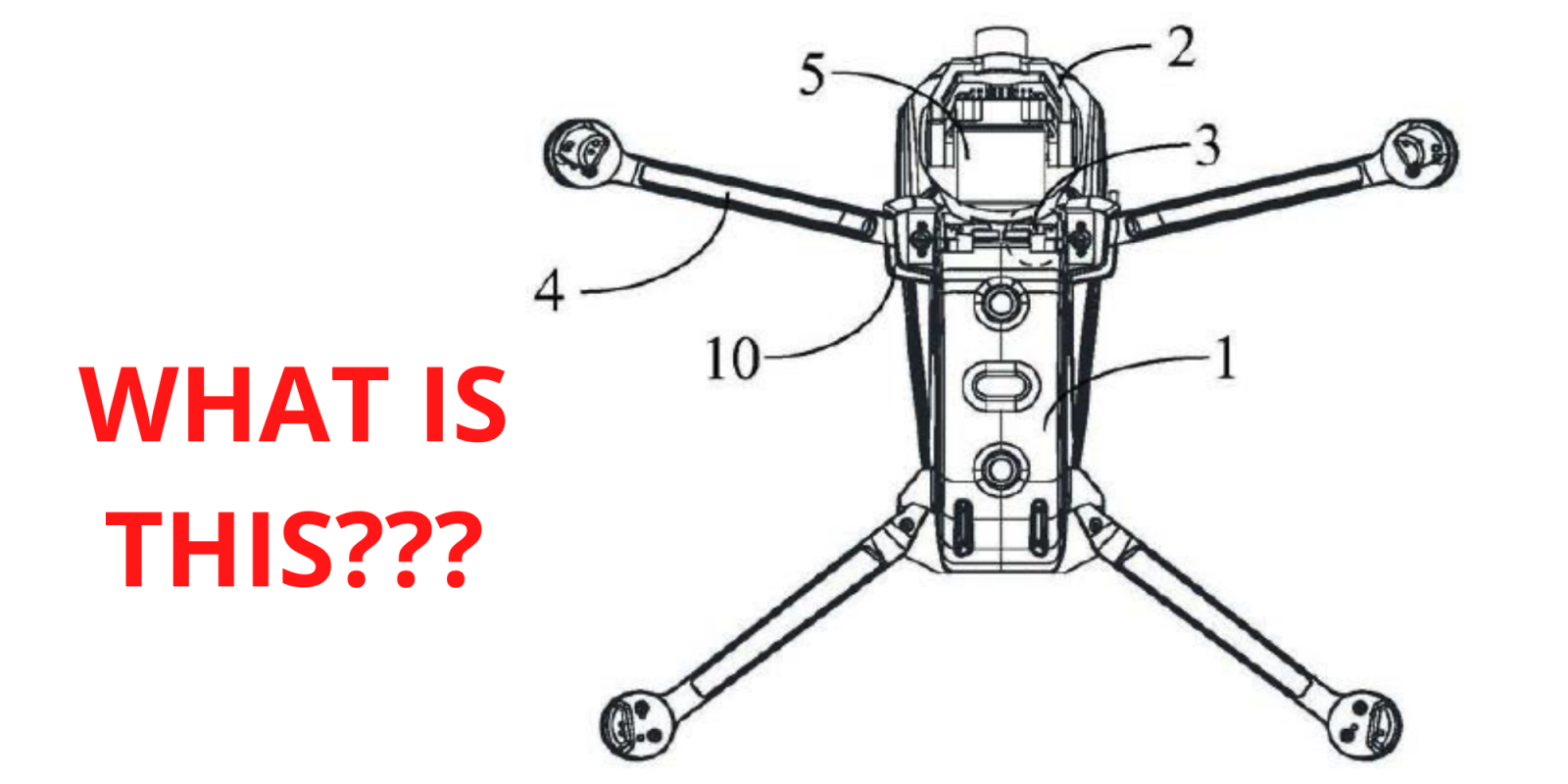 A new image surfaced today that looks pretty similar in style to some others we’ve seen in the past from DJI. It is the new Mavic 3 Pro?

We just did a major wrap-up of known and anticipated features of the forthcoming Mavic 3 Pro. It delves back into the Mavic heritage and is worth a read if you’re interested in that line and where we think it’s going. And now? A new leaked image appears to be from DJI.

Well, according to a drawing Tweeted by well-known DJI leaker @OsitaLV, something like this:

Okay. At first glance, it looks (obviously) clearly like a Mavic design. Let’s compare it with one of our pix of the Mavic 2 Pro:

So, a couple of things strike us as a bit odd if this is a picture of a Mavic 3 Pro. For starters, the camera seems very small. We would be anticipating another Hasselblad camera on the 3 Pro. It’s possible that they’ve pushed some of the imaging components elsewhere in the build, but we think it’s unlikely. A decent-sized sensor would certainly mean we should expect a larger camera.

OsitaLV’s Tweet got a lot of speculative replies. One of them suggested the gimbal appears as though it could – maybe – yaw 360 degrees. You can see that it’s possibly mounted on some kind of turret-like fixture, and that actually would be a pretty cool camera feature — to be able to rotate and shoot completely sideways (or even backward) while in forward flight. But there’s not enough here to tell us that.

Another response noted the flared body design, with it becoming significantly broader at the head. They noted that it bears some similarity to the FPV design and speculated this might be a smaller FPV drone. Maybe. But again, you can’t say based on this.

What we can clearly see is a reduction in the number of bottom sensors. This is not what we’d anticipate with a newer, more feature-laden model.

We just don’t know enough about this illustration to be certain, but the bottom of the motors also appear unusual from this perspective. Basically, they should just be landing feet, but there’s more going on here. But it could well be that this drawing reveals some inner bits and does not show the full external enclosure. For example, you’ll note that there’s a covering plate mounted right behind the gimbal in our photograph. In the drawing, that plate isn’t there – and obviously, DJI isn’t going to sell a product without that plate.

So it seems likely this drawing at least partially reveals things we wouldn’t normally see with a finished product.

It’s not the only drawing…

That’s the thing. Sometimes these images pop up with zero explanation. It wasn’t long ago that another alleged DJI drawing surfaced indicating that two of the motors were going to be pushers, with the props mounted on the bottom (and imaging sensors, a la Skydio) on the opposing sides:

While we can see the advantages of having 360-degree vision sensors (and hey, the camera looks more likely), you do have to wonder how this thing would land. On its belly?

When products are in development at companies (and DJI is no different here), there’s often more than one design and more than one prototype. We actually kind of doubt that either of the drawings we’re seeing here is the actual Mavic 3 Pro that will make it to prosumers this summer or fall.

More than anything, the prosumers this model is aimed at are concerned with imaging quality first. So expect a real jump in camera capabilities – which our source in China tells us will be 8K resolution.

As we approach the (unknown) launch date, things always firm up. We expect it won’t be long before we start seeing leaked photos of the actual product being tested. Stay tuned.

And if you’d like to save some coin and get a great drone that will more than satisfy most consumers, check out our review of the AIR 2S here, or check it out directly at DJI.