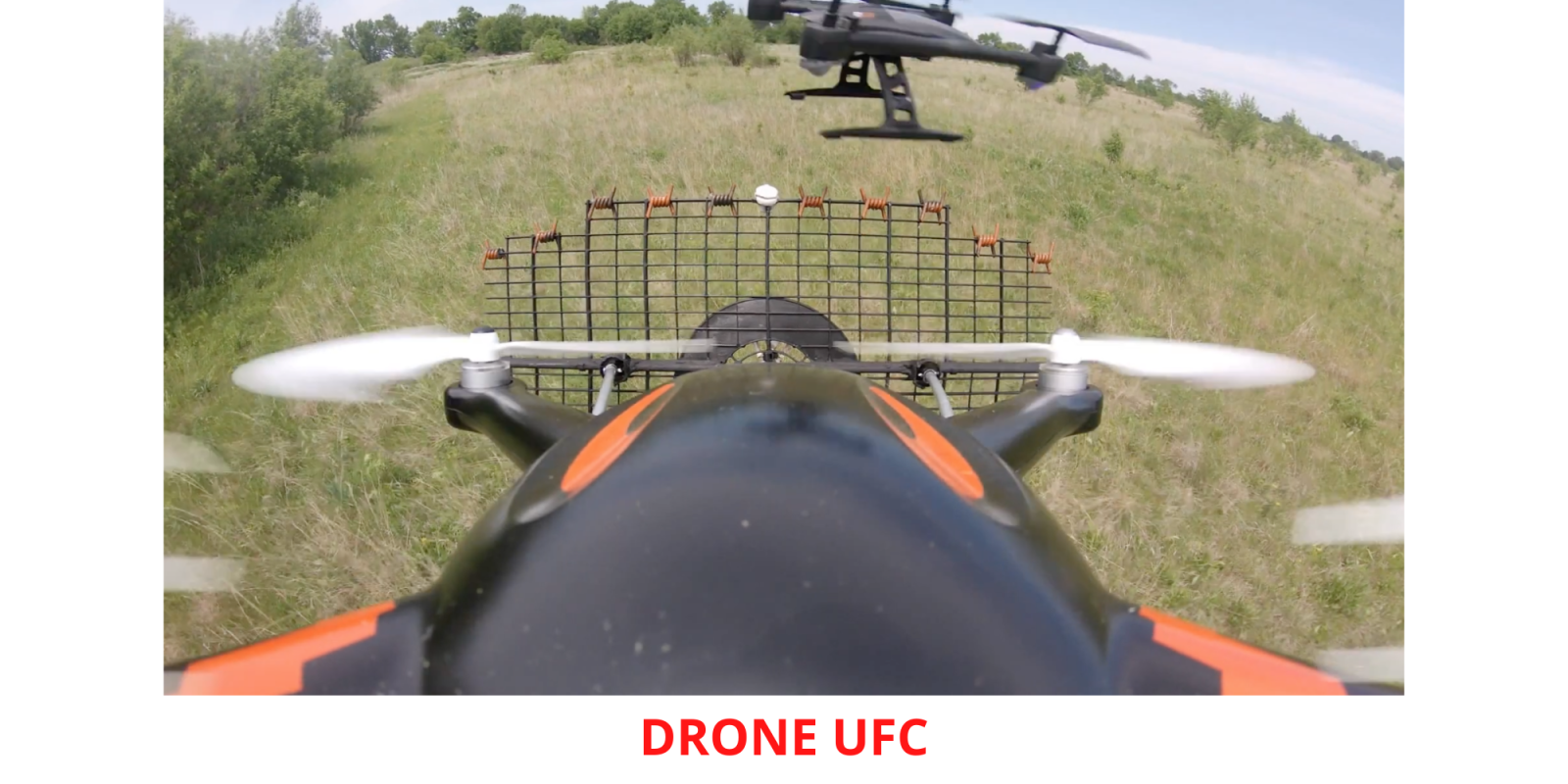 Well, well. It seems someone has adopted their own Game of Drones. In a smash-grab, winner-takes all contest, a drone basically bashes its rival out of the sky. If you think that sounds worth watching… you’re right.

Ever been to a demolition derby? I went just once, as a kid, but it was amazing: Cars bashing each other until it’s the last vehicle standing. Of course, they were all beaters to begin with, but it was still pretty transfixing to watch the competition. Who would emerge victorious?

Picture that, only in the air.

Remember Game of Drones? A number of years back, these guys were doing incredible things: Building lightweight but strong shells they would encapsulate their quads with. This was back in the day of big quads. They fly against each other until only one victor remained. I even recall seeing video of those guys shooting at their drones as if they were skeet shooting.

Unfortunately, it appears those guys have gone or re-branded. Plus, there are now a zillion people using the Game of Drones name on YouTube and elsewhere. No matter, because you’re about to see what would qualify as a new episode.

This one first came to our attention on reddit. We found the original creator is an account called Area 8. And as you’ll see, it’s a fight to the death. Except one drone has a distinct advantage: It’s got a battering plate/protective shield mounted to its nose, offering protection from getting its props damaged. It even features little barbed hooks to maximize damage.

So I guess that’s a hint about the eventual victor. Let’s take a look at “Drone in a Blender.”

This was fun to watch. Too bad about that Yuneec Typhoon (at least that’s what it looked like). While it would be a blast to do this sometime, we really can’t afford to go bash up factory drones. But it looks like a really good time.