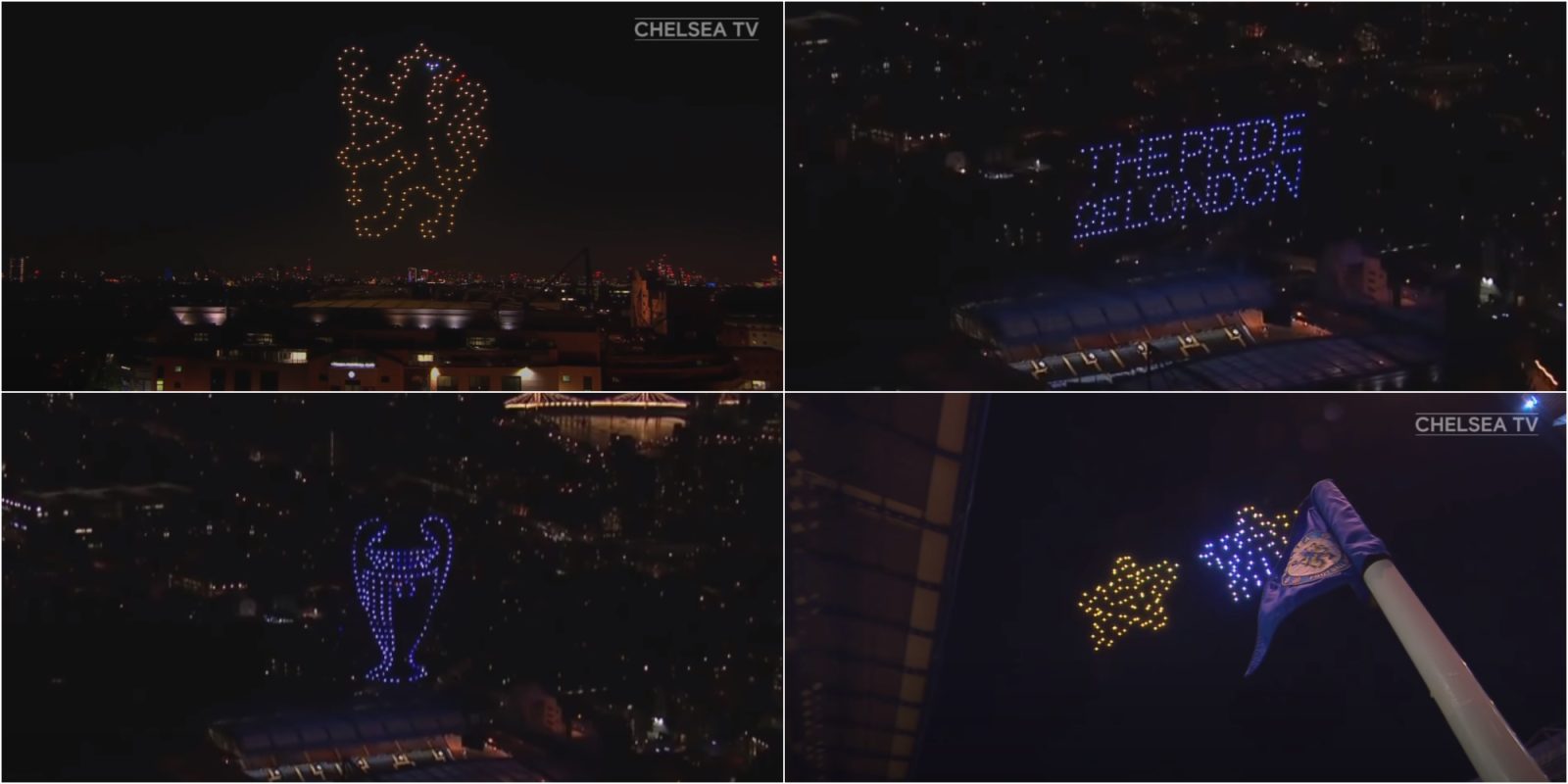 This weekend saw Chelsea getting crowned as the champions of Europe for the second time in the club’s history, courtesy of a 1-0 over Manchester City. But even as the Blues lifted the Champions League trophy hundreds of miles away in Portugal, the football club brought the party home to fans in London in the form of a spectacular drone light show!

Chelsea supporters who gathered outside Stamford Bridge stadium to celebrate their club’s historic win were in for a special treat lasting seven minutes and 33 seconds on Saturday evening. Since not many fans were able to travel to the coastal city of Porto because of the ongoing coronavirus pandemic, the football club wanted to do something special for those stuck in London.

So, Chelsea arranged for an awe-inspiring drone light show and lit up the skies with phrases like “The pride of London,” “Champions of Europe,” “For the fans,” and “The Shed.” The drones’ flying formations also included the blue lion from the club’s coat of arms, a 1905 Chelsea scarf, and visuals of the Champions League trophy.

And in a nod to the dramatic penalty shootout in Munich that saw Chelsea bring home its first Champions League cup in 2012, a drone formation counted up the years from “then” to “now” to commemorate the club’s success. Watch it all here:

We have to admit, a drone light show doesn’t come cheap. And considering the hours and hours of planning and preparation that would have gone into developing something so incredible, we cannot help but wonder, what would have happened had Chelsea lost. There’s always a possibility the club could have illuminated the skies with just a thank you message for the diehard fans, but we sure are glad that drones got to become a part of a wild celebration instead.