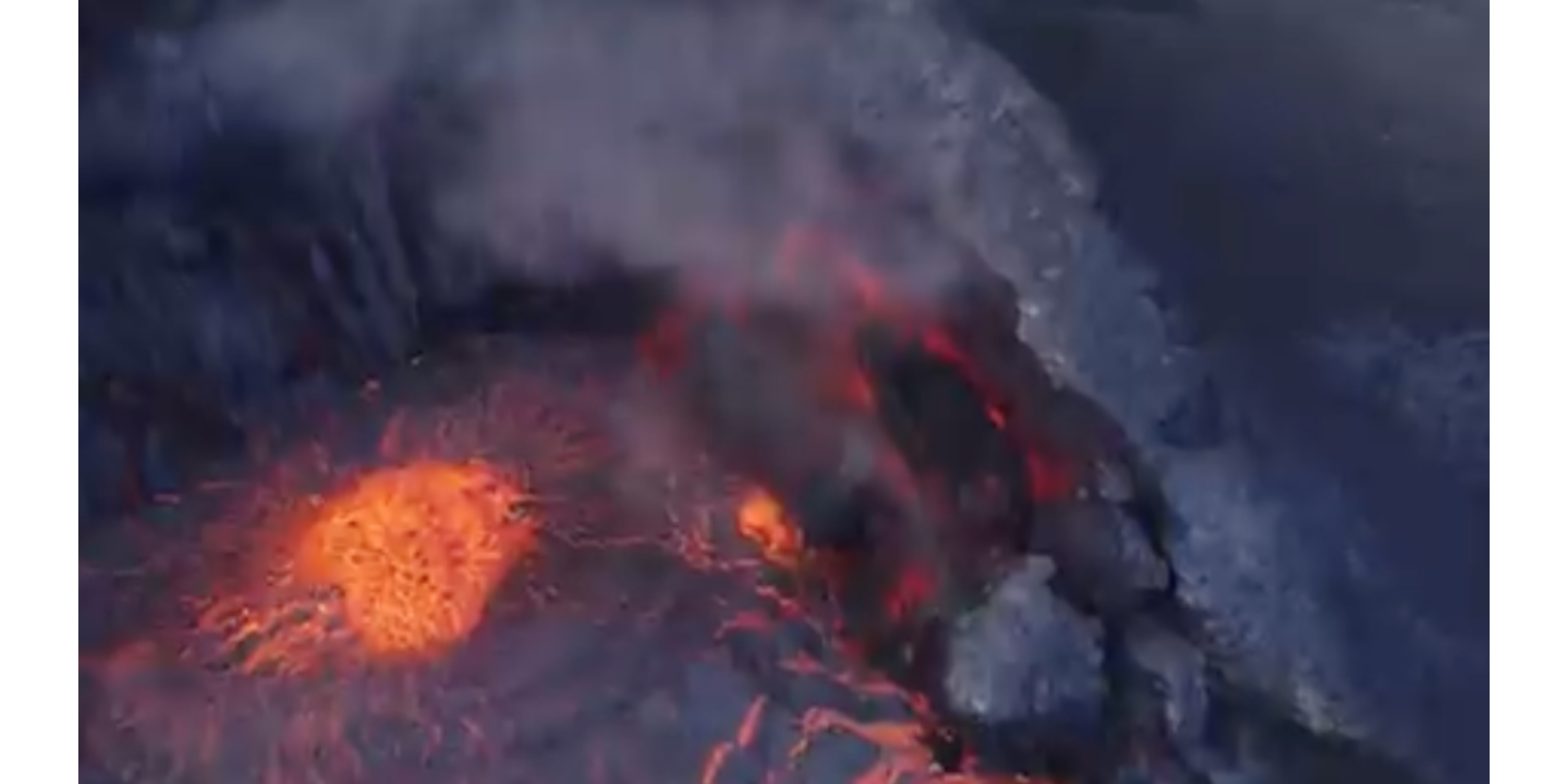 Man, they just keep on coming. But you know what, every single one of those drone videos emerging from Iceland are very different (or at least the ones we select for publication are). And this one? Wild.

It may seem like we’ve done our fair share of volcano posts. And, for sure, that’s true. But we don’t just grab anything and throw it up here. We try to keep our eyes out for something fresh and different. And this video truly fits that bill.

Sorry for the pun, but the volcano in Iceland has drawn photographers and adventurers from around the world. And a significant portion of the people making the trek are there to capture what they can with a drone.

And why not? You can see far more than you’ll ever see from a distant ground perspective. And, given the range of quality drones these days, you can fly from a considerable distance away without being concerned about a failed Command & Control link. (To say nothing of the noxious fumes and heat.)

This featured video comes to us from Twitter user Sigurjón (Sjonni) Jónsson. His Twitter profile lists him as a professor of geophysics at KAUST in Saudi Arabia. And, as you know, a geophysicist is going to have a far better understanding of the mechanics of volcanoes than most of us.

Luckily, he’s also a drone pilot. And what he captured here is absolutely mesmerizing: a close-up shot of a partial collapse of the crater’s rim. It’s somehow reminiscent of iceberg calving, albeit at the very far end of the temperature scale. Once you start watching, we challenge you to stop:

At around the 1:15 mark, the lava pool really starts to expand. And then you see a bright glow from the center, forming into a larger circle. At that point, you can see that Sigurjón starts to elevate his drone. Our guess is that he was anticipating another eruption (it sure looks like one was one the way), and wanted to ensure the craft would be out of the way of the lava.

Good pilots always pay attention and are ready to react – even if they’re transfixed by a volcano. Well done, Sigurjón.