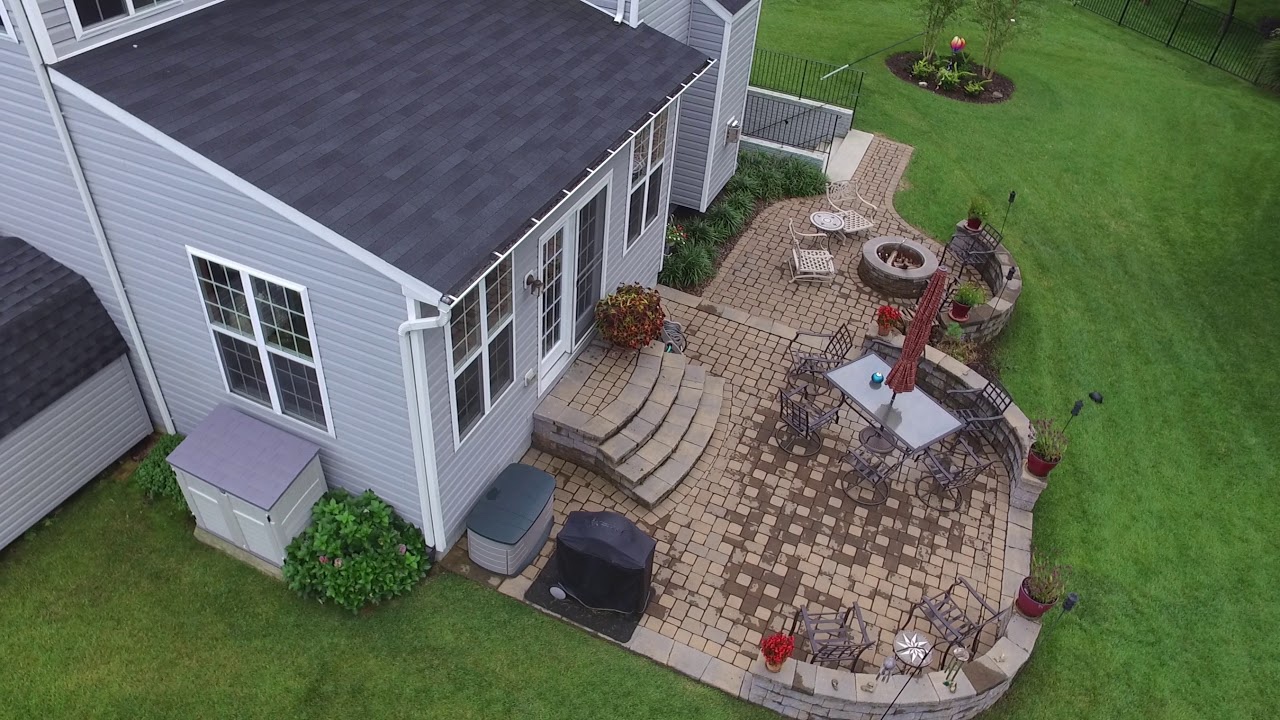 You’ve heard of the UK’s Great Train Robbery, but how about the Massive UK Garden Heists? It’s a thieving spree currently creating consternation in Britain – and drones are playing part in it.

It may sound like a gag, but Dave Barry is not making this up. Media reports in the UK have described a crime wave targeting objects considered valuable enough to boost from the yards of English homes. In one case last year, a woman in a suburb of the northwest city Bolton reported four York flagstones had been ripped out of her back garden – a particularly painful loss of objects dating back to the house’s 1845 construction. As such, they aren’t the kind of items that can be shrugged off with a bracing cup of tea and trip down to the garden center for replacements.

A neighbor found six flagstones dug out of her yard the same night.

Because the two spots involved weren’t visible from the street – similar to most gardens falling prey to thieves in the ongoing spate – victims and authorities alike say drones are being used to remotely identify and situate loot worth heisting. On several occasions, people noticed overhead flights shortly before their property disappeared. Police are even warning homeowners hearing drones hovering above to be particularly alert for nighttime intruders.

Just how big a deal is this pilfering of beloved English gardens? Reports say Britons spent a staggering $22 billion on improving their yards since the start of the pandemic in 2020 – an average of $312 per household. The nation’s insurance companies say claims for stolen property and plants shot up 50% last year, and continue to rise in 2021.

CCTV footage has captured a few crooks driving up to targeted homes in the wee hours, and speeding off after loading their illicit haul aboard. Their deployment of drones for casing purposes, however, is still based on anecdotal evidence and logical speculation. But it’s a pretty sound theory. After all, victims point out, how would robbers otherwise identify valuable objects in inaccessible, sometimes out-of-the-way places without taking the risk of looking around themselves?

Plus, there are precedents. Thieves have used drones to spot valuable equipment left overnight in remote areas on central California farms they’ve later returned to steal.

Items pilfered in the UK garden raids are as diverse as they are (apparently) profitable. One man in Kent reported two potted bay trees worth $200 carried off in a single hit. Other nicked loot has included an ornate bird feeder, statues weighing over 200 lbs. each, and entire flowerbeds.

As a sign of just how serious and disturbing the rising threat of garden thieving is, the BBC’s Morning Live show ran a feature on ways to protect cherished yards from being ripped off. Among the expert tips, “when it comes to padlocks, my advice is simple – the bigger the better.”

Getting deft with a slingshot for overly nosy drones – and nighttime visitors – might also be a plan.