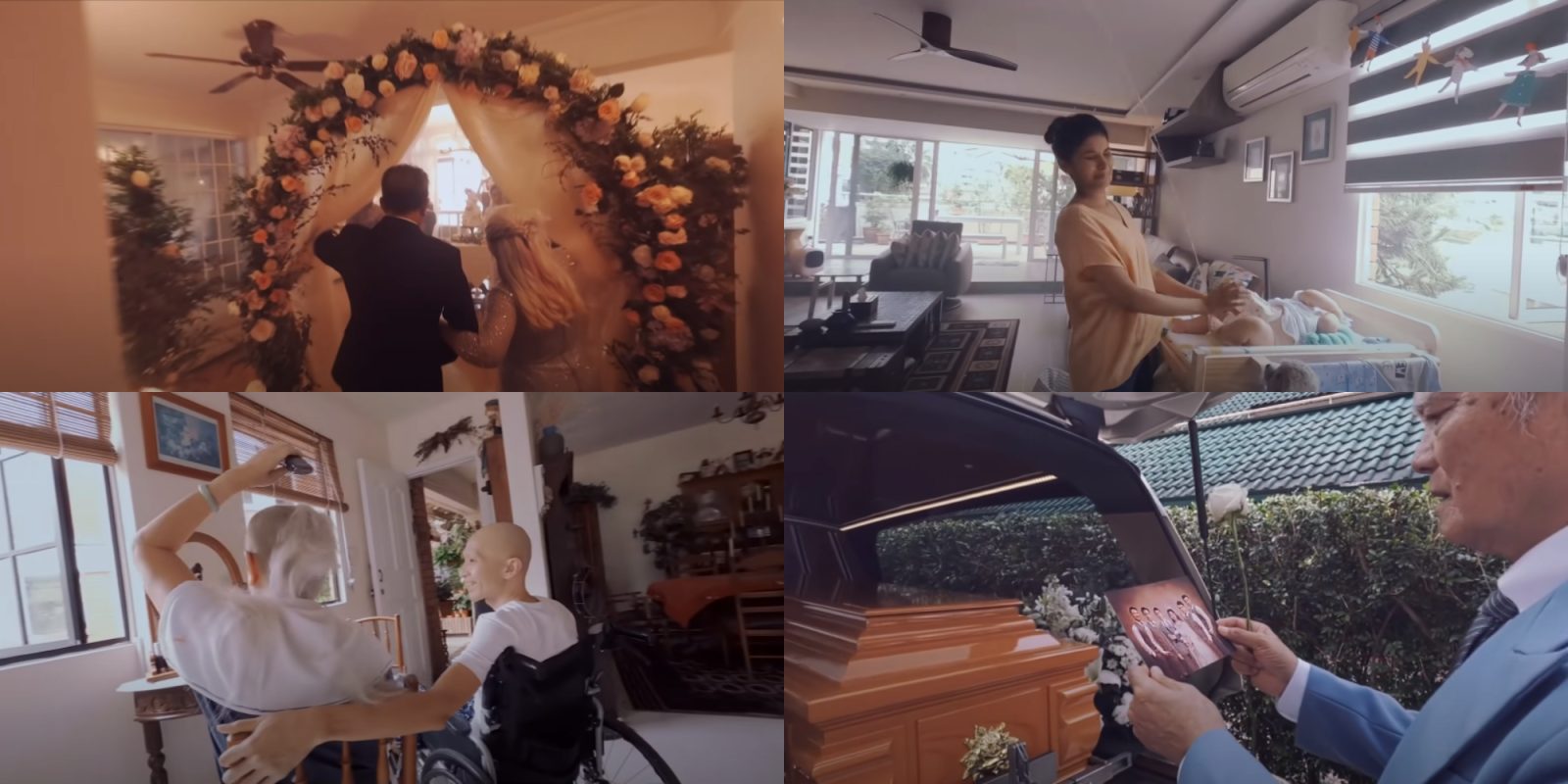 Remember that heartwarming, single-take FPV drone ad from a couple of months ago that peeled away at the private lives of Singaporeans? Well, we now have in-depth information on how NTUC Income, a Singapore insurance company, pulled off such an amazing piece of work. And if you’re into FPV drones, or great storytelling in general, you would want to read this.

But first, let’s watch the ad again because it really is something else.

It’s not every day a drone camera floats through open windows and into the lives of multi-faceted people experiencing emotional moments like first-time homeownership, health crises, love, and death.

And now, for the deets…

1. Flying in an FPV pilot from Japan to Singapore

Japanese drone pilot Katsuhiko Masuda, who shot the ad, was only supposed to be a reference for the ad production team. But he ended up working on the project when the crew failed to locate an FPV drone pilot in Singapore with his level of skills.

Masuda had to fly in with a negative COVID-19 report and a pre-approved two-week itinerary in the middle of a pandemic, and quarantine for 14 days upon his return to Japan.

It was this video of Masuda’s that clinched him the project:

While what we see in the final video is flawless, single-take FPV flying courtesy of Masuda, it actually took 39 takes to come up with that one perfect shot.

There were many disastrous takes, with most errors stemming from the human element. Take the wedding couple moving through the blinds for example. Many a time, the drone hit the blinds as they came down too fast.

It also took quite a few shots to get the actors used to the buzzing sound of the drone, and ensure that they don’t flinch or react to the presence of a foreign object. Masuda had to tell the crew:

Don’t worry guys, I’m not gonna hit you. I can crash into a wall but I won’t crash into your face.

3. Location scouting for a drone that flies only three and a half minutes

One of the challenges the team faced was finding a housing complex with several different looks for the interiors, and making sure that all the areas could be covered with the drone’s limited battery power.

Since it was to be a single-take video, the team needed homes that were not only in proximity of each other, but also representing diversity in socioeconomic status.

And then it took a remarkable perseverance and persistence on the team’s part to convince different homeowners to let them fly the drone through their premises, along with multiple visits for preparation and rehearsal.

4. Planning the flight path with transmission and wind restrictions

Another constraint came in the form of the distance of the drone’s radio signal. The final loop, Masuda tells, was the longest distance he could go.

And yet, it was the transition from open spaces into interiors, as well as changes in wind conditions throughout the shoot day that really challenged Masuda’s FPV flying skills. So much so, the pilot ended up rejecting multiple takes that had the production crew’s nod, because fighting a wind gust meant that the drone wasn’t pointing in “exactly” the direction he wanted.

Yep, you read that right. It’s not makeup; it’s her actual hair. And the woman who performed the part was a first-time actor. It took a whole week of planning and preparation just to make sure that she would get her timing right on the day of the shoot. And given the quandary of multiple takes we’ve been talking about, the team was especially worried about the woman running out of hair before Masuda got any usable takes!

So, there you have it, some of the most astonishing behind-the-scenes details from the NTUC Income FPV drone ad. For more little-known details about this production, we recommend you read this interview of the team with Campaign Asia-Pacific.