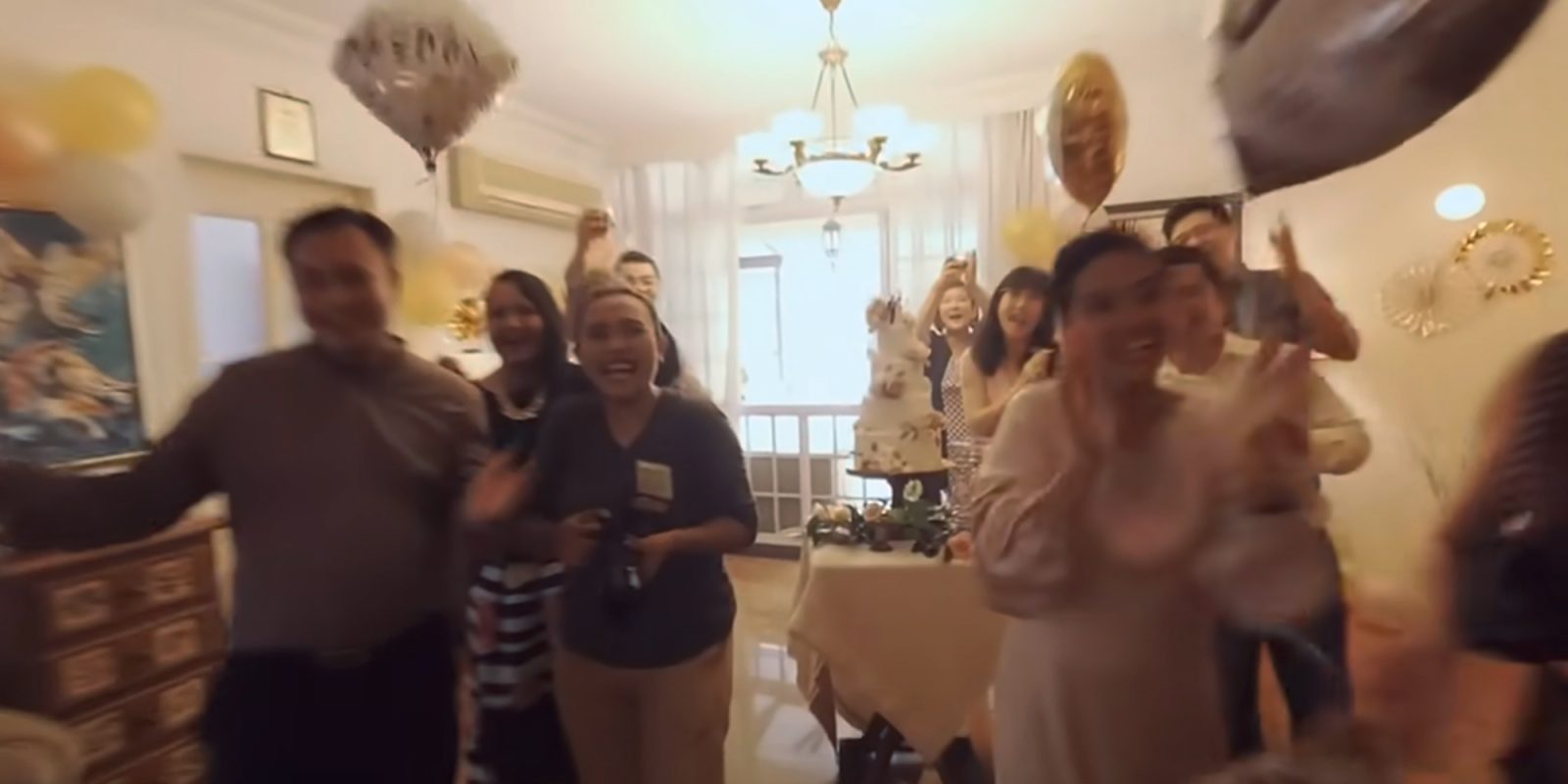 It turns out one-take drone storytelling may be actually be a genre. If you liked the viral Bryant Lake Bowling Alley video, wait until you see how the private lives of Singaporeans are peeled away in this surprisingly emotional drone FPV.

It doesn’t have the technical adroitness of the Minneapolis bowling video. But this advertisement for a Singapore insurance company packs a surprising amount of emotional punch in just two minutes. The insurer, NTUC Income, hopes to brand itself as a more company with a more caring approach to financial planning.

The drone takes us into a housing complex at some really intense moments of life. There’s a funeral, a marriage, a couple starting a new life, and a really touching moment of bonding between what may be a mother and son near the end.

There’s even some exceptionally fluid flying at the 54-second mark.

Campaign Asia reports the video was in the works long before the bowling alley video went viral.

“Our customers are becoming more diverse and have more complex needs than before. They are also becoming more discerning. Forty percent decide whether to stay with an insurer based on the quality of their customer experience with them,” says Marcus Chew of NTUC Income.

The film demonstrates how diverse Singaporeans’ lives can be even though they live closely together. Filming the scenes individually probably would have attained a similar emotional effect. But using the drone seems to make them occur simultaneously. Grief, joy, love, family, and friendship all unite under the same set of roofs. It’s an impressive achievement in under two minutes. And apparently it’s just the image the insurer wants to project.

The BBH Singapore Agency created the video. Its creative director, Janson Choo, told CampaignBriefAsia, “Who says marriage isn’t for those in their 60s? Or that parenthood always looks perfect? No matter what your journey looks like, NTUC Income will accompany you along the way.”

The film was directed by Roslee Yusof, who has a deft touch. Drone pilot Katsuhiko Masuda also has mad skills, as you can see in this other one-shot wonder.