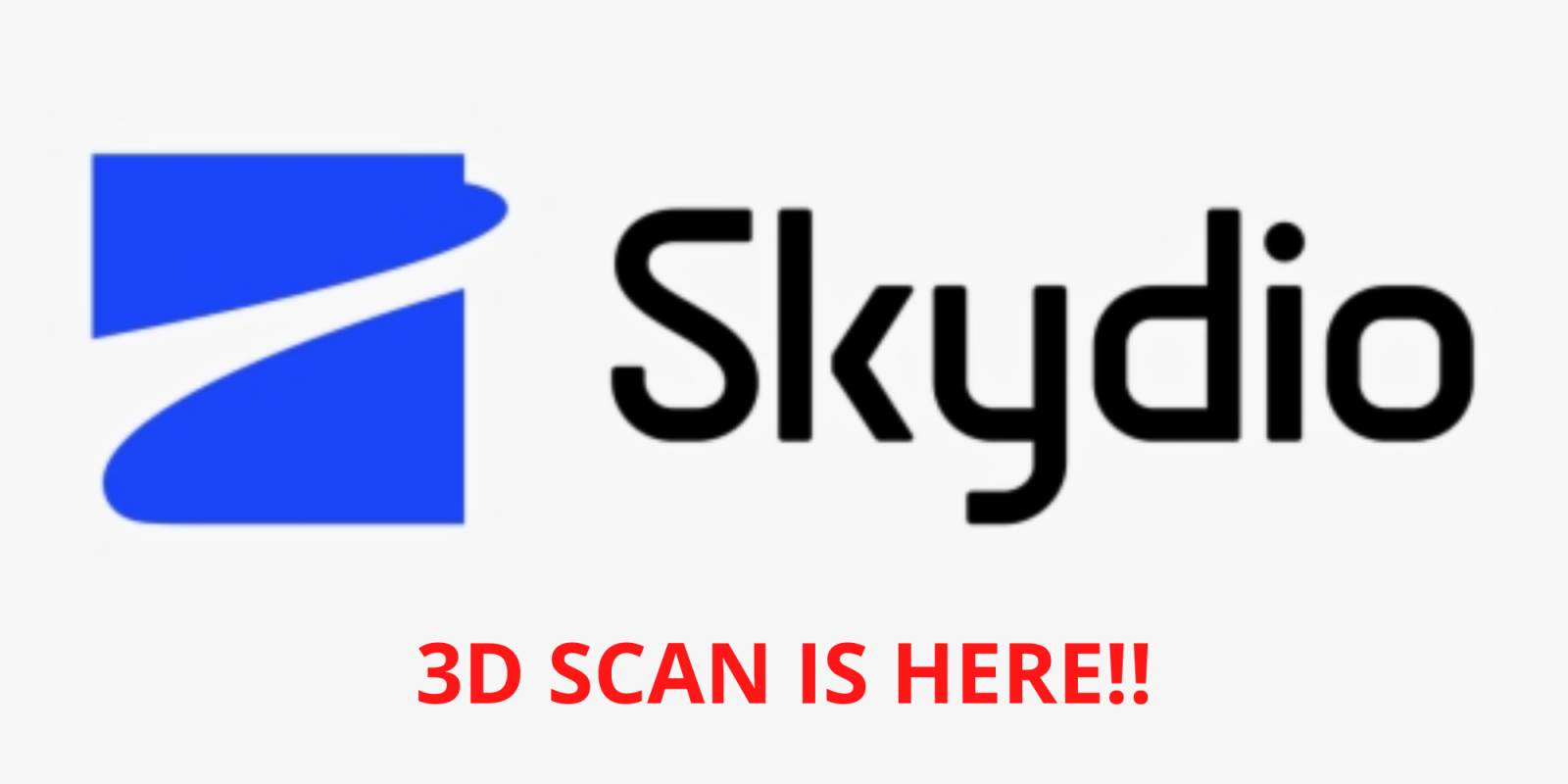 It’s a huge day for US drone manufacturer Skydio. The company is releasing the software it’s been teasing for weeks and has, obviously, been under development much longer: 3D Scan. It’s powerful. It’s pricey. And now… it’s available.

Skydio, the leading US manufacturer of consumer and Enterprise drones, today released its 3D Scan software. That means customers can now gain access to a tool that will unlock very powerful (and potentially profitable) capabilities for Skydio drones. It’s intended (as the name implies) for capturing 3D scans. The software is not inexpensive: It’s $2,999 per drone, per year.

And you know what? For many users, it will be absolutely worth it.

Well, if you’re a consumer or recreational user, this isn’t likely to be something that appeals to you (unless you’ve got a really healthy disposable income). The real customers here are Enterprise users and First Responders. Capturing a detailed 3D Scan is used for infrastructure inspections, accident scene reconstruction, and much more. You could even scan an old Corsair jet:

There are other software and drone combinations that can already do this. But 3D Scan, in combination with the Skydio 2 or Skydio X2, is something very different from what we’ve seen before. The vertically integrated software is extremely powerful and very user-friendly (we’ve tried it; you can read our full review here).

Companies working with UAVs frequently use these devices to assist (or even replace) humans for a wide variety of tasks. Whether it’s inspecting a cell tower, a bridge, or a steeply sloped roof, a drone can capture images for inspection by experts on the ground with vastly greater speed – and infinitely greater safety – and at lower cost than using a human being. And 3D scans are pretty powerful tools, capturing every facet, nook, and cranny of even highly intricate structures.

Skydio’s 3D Scan, in conjunction with Skydio drones, makes this process simple, according to the release:

3D Scan automates data capture for asset inspection and scene reconstruction, allowing any inspector, surveyor, or first responder to efficiently capture a complete photographic dataset that documents every angle of a scene, ensuring accurate coverage with sub-millimeter precision in a fraction of the time while greatly reducing risk.

Just as the company’s launch went live, it released a brand-new video that shows just how slick this is:

Because Skydio drones use a vision-based system to help navigate the world, they’re acutely aware of their surroundings. Their obstacle avoidance is so good the company routinely challenges people who’ve never flown a drone to try to crash a Skydio. That same obstacle avoidance means these drones can get up close to structures they’re scanning without fear of hitting them, and maintain a consistent, pre-programmed standoff distance from the structure in question. That same vision-based system also makes these products all but immune to interference.

As mentioned, many drones are already out there doing 3D scans – generally by using third-party software. In this case, both the drones and the software have been created by Skydio. And because the Skydio drones have really outstanding obstacle avoidance in conjunction with AI (well, actually part of their AI), the software has been designed to take full advantage of the capabilities of Skydio drones.

Specifically, the release says the 3D Scan software, which enables fully autonomous inspections, offers a number of advantages. These bullets come straight from the release:

Having tested this software, we don’t doubt these claims.

The company says users of 3D Scan – and there have been many early testers using the beta version of the software – have noted dramatic improvements in efficiency. In a world where time is money, a system that carries out complicated work quickly, accurately, and with virtually no human intervention (other than setting initial parameters), is valuable.

Those using the software prior to release include the Boston Police Department, the North Carolina Department of Transportation (specifically for bridge inspections), and Sundt Construction. The release says these users (and others) have noted 75% faster data capture, 50% greater output from inspection teams, and 30% fewer re-inspections (meaning having to go out and fly a structure again due to incomplete data). Dean Miller, a virtual construction engineer with Sundt Construction, has this to say:

We have been amazed by the results we achieved using 3D Scan during the Early Access Program. Our teams will be able to get in the field faster and better serve our clients through the business development, operations, and close-out processes.

Skydio drones feature what the company calls its Flight Autonomy Engine. And here the firm isn’t referring to motors, but to the hardware and software combination that allows these devices to see, understand, and act on their own. This dense comprehension of the real world, translated into ever-changing real-time 3D models that inform the drone of the world around them, make these drones different. And when you couple that with the new software, you’ve got something even more powerful.

A lot of very smart engineering has gone into the drones and 3D Scan. Here’s the word from Skydio’s VP of autonomy, Hayk Martiros:

We are extremely excited about the value that 3D Scan delivers. Manual drones lack the ability to see and understand the 3D nature of the world and, as a result, can’t provide a scalable solution to replace traditional methods of inspection.  With 3D Scan we are turning Skydio drones into intelligent scanning robots that can build real-time flight plans optimized to each scene, and generate the best possible photographic datasets.

Does it do everything?

Well, no, not quite. You’ll still need other photogrammetry software to stitch together all of those images (the Skydio took 223 images when it scanned my bicycle, so you can imagine what a much larger structure might entail). On that front, Skydio simultaneously announced it has selected Bentley Systems as a preferred partner for the stitching process, using its ContextCapture software. (Other 3D reconstruction engines, including DroneDeploy and RealityCapture can also be used).

We are excited to partner with Skydio to help our users safely, reliably, and repeatedly generate the photo datasets required to create amazing 3D models and digital twins. Infrastructure assets like roads and bridges, rail and transit systems, utilities, and buildings and industrial facilities are very complicated and capturing them accurately and precisely is hard to do manually. Combining the Skydio drone automation with the high-performance and highly scalable 3D reconstruction capabilities of Bentley’s ContextCapture will enable our users to create great models, more frequently, and more cost effectively than before.

For a more detailed look at the software’s capabilities and ease-of-use, we really do encourage you to take a look at our review, which also includes screengrabs of the augmented reality features built into 3D Scan. Skydio’s release didn’t really highlight the AR features built into the software, but that’s really one of its key features, at least in terms of user interface/user experience. You quickly create a 3D structure that encloses your subject and see the virtual enclosure on the app.

That’s impressive. But seeing a Skydio 2 fly using this adaptive mapping software really made us feel like we were watching a flying robot, complete with a pretty intelligent brain. The drone appeared to completely understand both its environment and its task… and simply set out to do the work. It was, let’s say, impressive.

And there is. Although Skydio released this news at 9 a.m. ET on June 2, there’s a big online event scheduled for 12 p.m. ET (9 a.m. PT) the same day. The company will be showing the full capabilities of this software, along with testimonials from companies that have already been using the combination. Skydio CEO Adam Bry will also be sharing the company’s vision for autonomous drone inspection.

If you’d like to learn more about 3D Scan and see some really cool stuff, we recommend tuning in. You can register here.