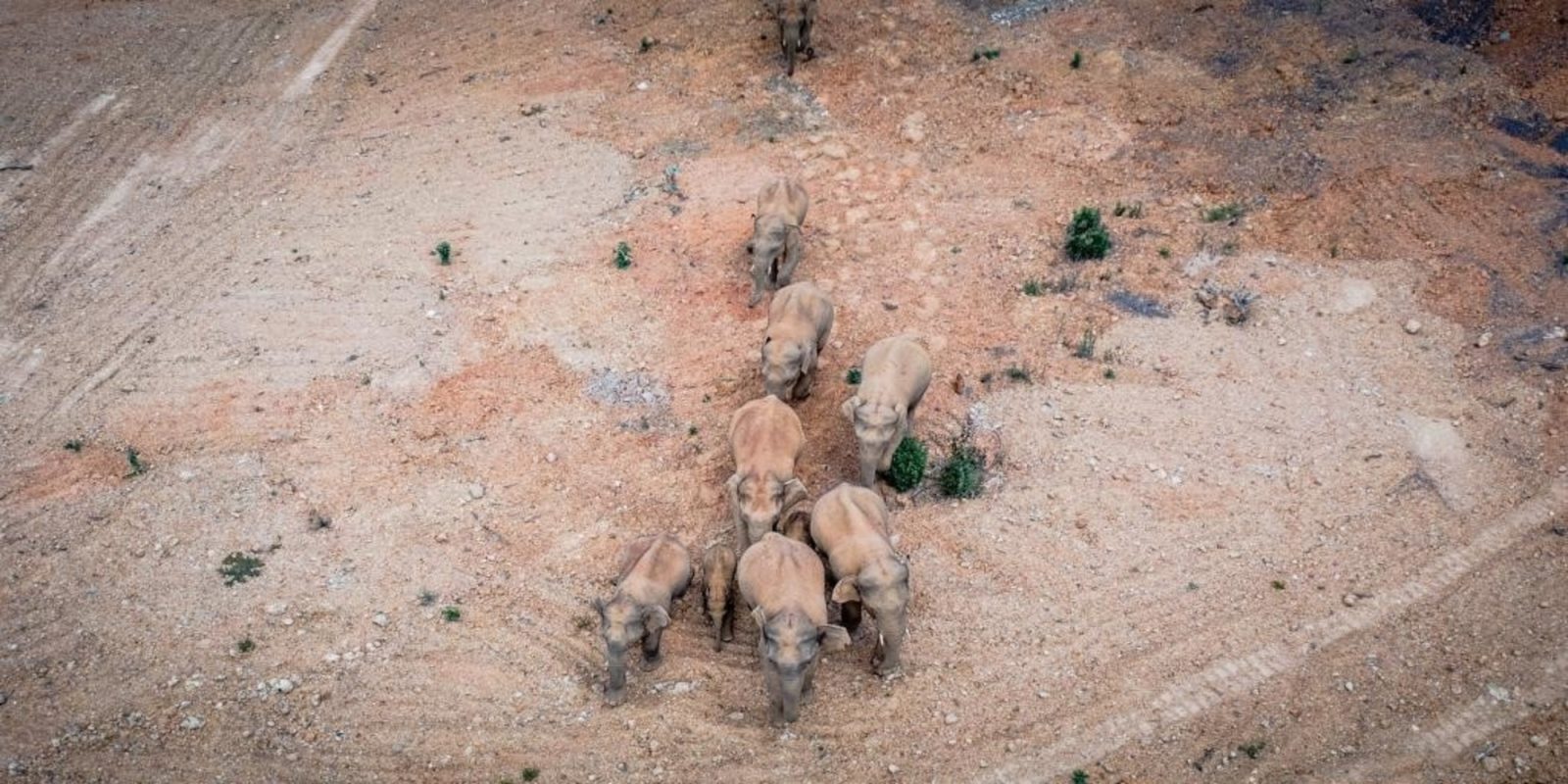 A herd of 15 wild elephants is plowing through southwest China’s Yunnan Province and fast approaching Kunming, a city of 8.46 million, after escaping a nature reserve more than 300 miles away. And keeping a track on their progress is a task force of 360 personnel, 76 cars, and nine drones.

Ever since they started their long trek on April 16, these giant Asian elephants have smashed up barns, drained water tanks, devoured whole fields of corn, munched out of rubbish bins, and torn into numerous small shops. The damage to the farmland alone is estimated at $1.1 million, according to Chinese news agency Xinhua.

Last week, as the elephants wandered the streets of a town named Eshan for six hours, residents were advised to stay cooped up indoors. Meanwhile, on Tuesday, the herd turned up at a retirement home and poked their trunks into some of the rooms. This prompted one elderly man to hide under his bed, according to residents interviewed by online channel Jimu News.

So now, authorities are frantically trying to keep the herd away from Kunming and other populated areas by blocking the roads with construction trucks and using food as bait.

Round-the-clock drone monitoring of the herd is also being conducted to both allow for early warnings to locals and aid Asian elephant experts in forecasting the migration route. Evacuations of villagers are also being organized, as needed.

Interestingly, China’s Yunnan Province is home to 11 nature reserves spread across an area of about 510,000 hectares, protecting more than 300 wild elephants. But this kind of northward movement, so far away from their natural habitat, is not common at all. One theory doing the rounds is that the pack leader may have led the whole group astray because of a lack of experience.

Elephants are a protected species in China, which means the authorities will try all possible ways to get the herd under control without resorting to tranquilizers or other invasive methods. But when and how they will be returned to the reserve is still not clear.