Don’t try this at home (or anywhere else): Man proposes via drone 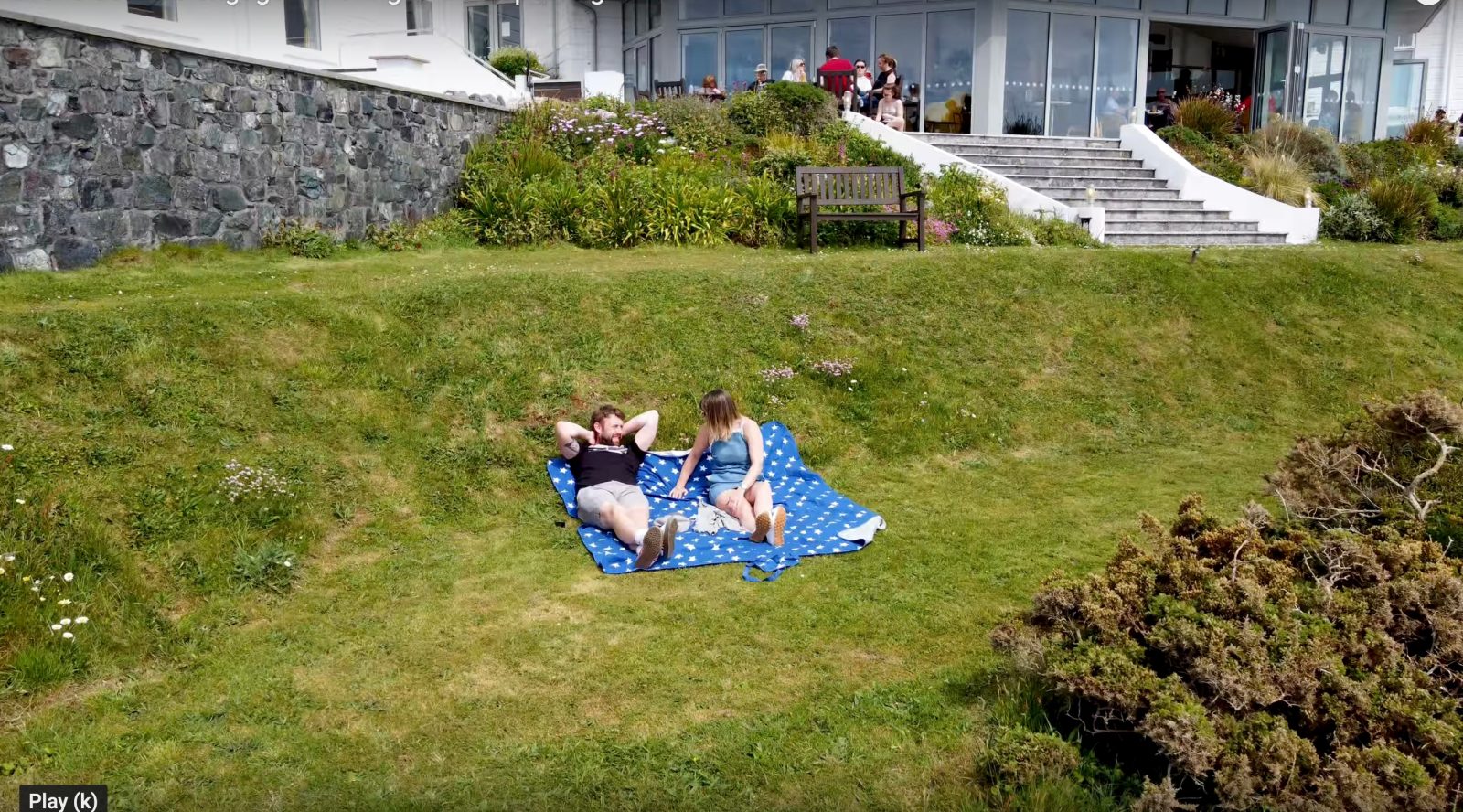 Me, up to something? Man uses drone to deliver ring for proposal
0

Know how people who get their marriage proposals beamed on the big screens of packed sports stadiums seem to take potentially shattering risks in doing that? (Where do you rapidly escape to if the answer is “No”?) Well, how about having the ring flown in on a drone as you pop the question beside… a cliff?

That’s precisely what one daring man in Cornwall, England, did last weekend with the help of his piloting friend (and, to his non-shattering good fortune, his assenting fiancé). Jamie Hoskin, 35, had planned to go to his knee during a sunny weekend stay at a Cornish resort while the couple sat on a blanket near the edge of a dizzying coastal cliff. He even timed the proposal to coincide with girlfriend Lee Parkes’s birthday. A wedding party celebrating just behind them added another layer of romance at the Polurrian on the Lizard Hotel (seriously).

Then the drone whined near, heading straight for the giddy couple.

Hoskin riffed it was probably a security check ahead of this month’s G7 summit in the area. Parkes apparently wasn’t buying that, so Hoskin pivoted with suggestions the craft was delivering something to the wedding crowd several yards back. But when the thing plopped down in the grass before them, Hoskin got up, pulled the ring and tape it was affixed with off the drone, and assumed the position.

Parkes was apparently so stunned she said “yes” without groaning or rolling her eyes at the stunt. In fact, she wound up being chuffed Hoskin had gone the way of the camera-equipped drone surprise.

“I’m glad I’ve got the footage because I can’t really remember a lot about it,” she later told the BBC. “Everyone’s been quite shocked by Jamie doing it that way – he’s not really the most typical romantic person.”

And he is now?

Love or hate the ruse, Hoskin deserves credit for setting it up quickly. It all came together in just three days, after his chum, experienced drone pilot, and ever so Britishly named Duncan Scobie urged Hoskin to dare a little. The pair got permission from regional authorities, the hotel, and even drone manufacturer DJI to make the flight between two opposing bluffs. And, to his credit, Hoskin got what he was after in his own special way – and without provoking any mood-wrecking cliff escapes.

“She was a bit taken aback by it all,” he nevertheless admitted.

For romantic types and/or lovers of Hugh Grant movies, local media provide full (and decidedly less obnoxious) accounts here and here. Lovers of love will also appreciate the genuinely lovely video below – as will fans of stunning landscape.

So far, no date for the nuptials has been revealed. Hoskin will presumably announce that from a singing drone popping out of a cake.