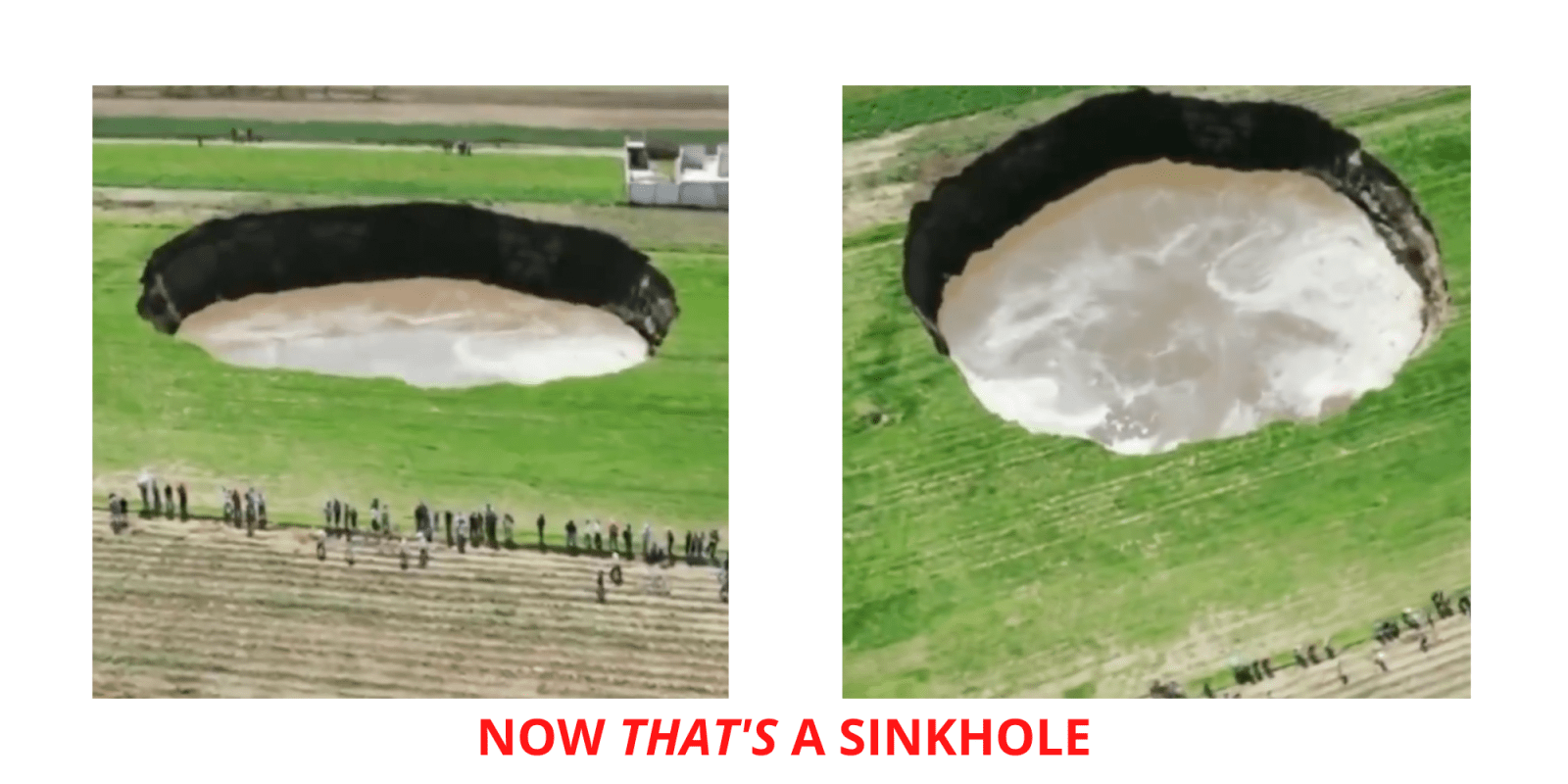 Normally, we wouldn’t ascribe a word like “sinister” to an inanimate object, but a sinkhole in Mexico seems to have an unpredictable mind of its own. It just keeps on growing.

Round and round and round it grows, where it stops – nobody knows. That kind of sums up the story of a sinkhole in Santa Maria Zacatepec, Mexico. It started out small, appearing last Saturday with a diameter of about five meters (roughly 16 feet). And now? Well, it has grown to 90 meters in diameter (about 300 feet).

And it’s not stopping.

Sinkholes, in general, are caused by changes in water levels underground. Changing levels of groundwater, rapid changes in precipitation, and even the freezing and thawing of the ground can all lead to the appearance of sinkholes. (There are other water-related causes, too; if you want to geek out on this, we recommend this page.)

Whatever the water-related reason, this one popped up out of nowhere. And – if we could suggest it has intent – this sinkhole seems determined to keep on growing. That’s what it’s been doing since it first showed up (or, depending on your perspective, showed down).

You know us. We love drone videos. And the aerial perspective on this is precisely what’s needed to appreciate its scale.

People are, wisely, staying well clear of the growing monster. You can see that caution tape has been put up to prevent the curious from sliding in along with the next chunk of earth. You can also spot a farm building about to drop into the hole.

We’ll be curious to see where this goes…and hope it doesn’t go too far. But the story reminds me of another famous sinkhole.

The biggest sinkholes in the world are found in that country. And they are in areas known for Karst topography. These are areas laden with soluble rock like limestone, gypsum, and dolomite. Over periods of time – very long periods of time – the running water erodes away the rock and creates sinkholes (and often cave systems and underground streams or rivers. This illustration, by Collie Rulo, appears in a 2008 US Geological survey publication called “Hydrogeologic characterization and methods used in the investigation of karst hydrology,” authored by Charles J. Taylor and Earl A. Greene.

The illustration shows what that water does over time:

And the China sinkholes?

We’ll they’re pretty spectacular. And some of them are huge, with diameters of 500 meters (1640 feet). That’s just massive. To truly get an appreciation of the scale, we’re also going to defer here to a drone video:

We’ll keep a close eye on that Mexico sinkhole for you.

But we’re not going anywhere near it.