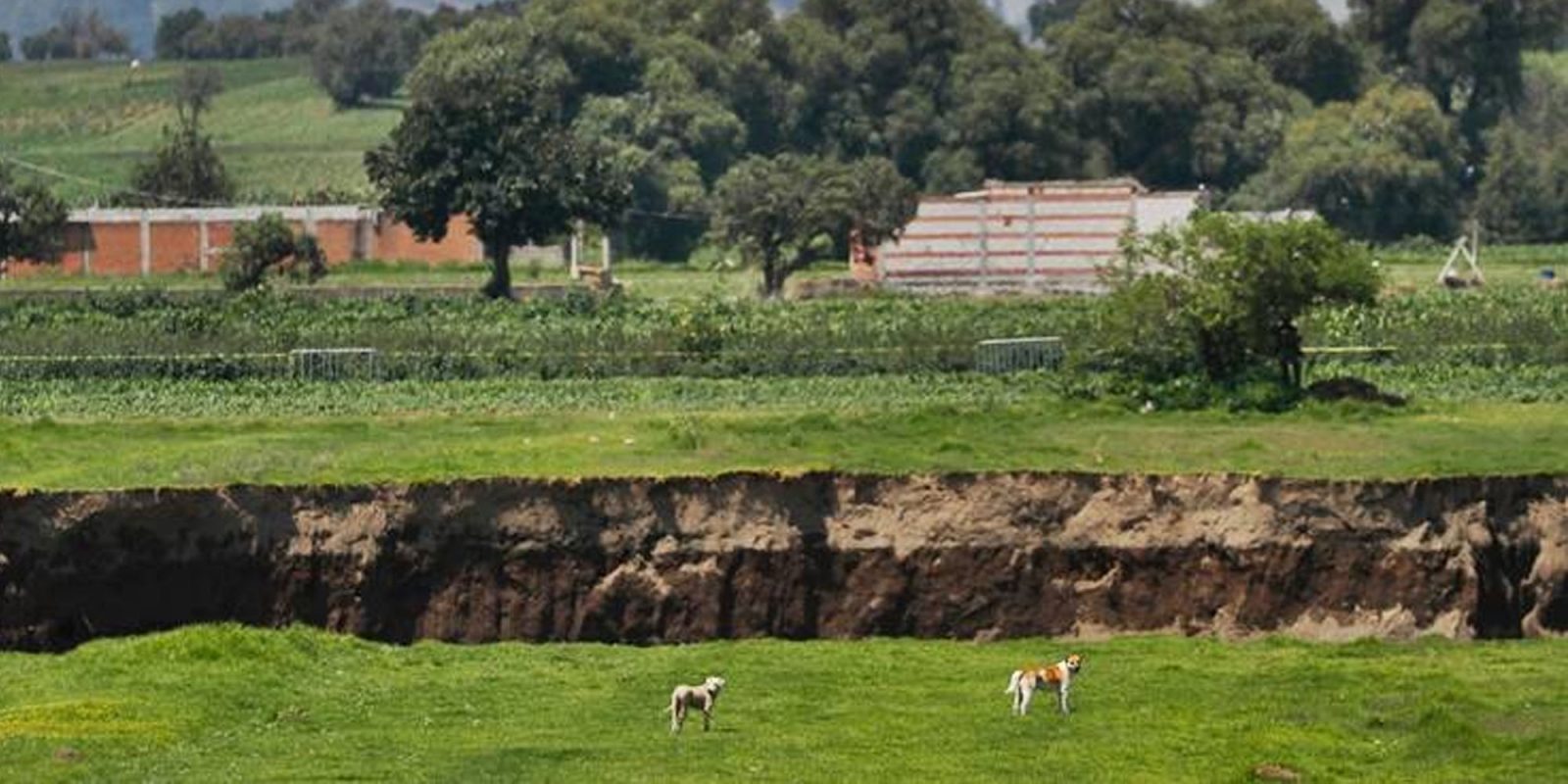 That terrifying sinkhole that suddenly opened up in Mexico last week is still growing. And the sinkhole trapped two dogs in its depths.

The government of Puebla responded to emotional requests from animal lovers to attempt a rescue. The dogs, named Spay and Spike, are trapped on a ledge inside the hole.

“Despite the risky conditions and taking all precautions, the dogs have been fed,” the state government said in a statement.

The sinkhole trapped two dogs in its depths

Feeding the stranded dogs sure sounds like a job for a delivery drone. But the government banned flights over the crater. It’s not clear why, though. It may be an abundance of caution. The Mexican government already sent in soldiers to keep onlookers from falling into the pit.

The sinkhole is now 125 meters across and may be 45 meters at its deepest point. It is hard to tell exactly since the crater is filled with water.

“It hurts, because this is all that we have,” said Magdalena Xalamigua Xopillacle, whose brick and cinderblock house is slowly collapsing into the sinkhole. “At times we feel sick from so much sadness.”

Some residents believe the sinkhole is the result of excessive ground water extraction by a water bottling plant in the area. But the water appears to have strong currents, and the national civil defense office says some experts suspect there is an underground river.

“It is highly probable that the origin is associated with the presence of subterranean water flows,” the office said.

Authorities have set up metal barriers and police tape to keep onlookers out, as well as restricted the drones.