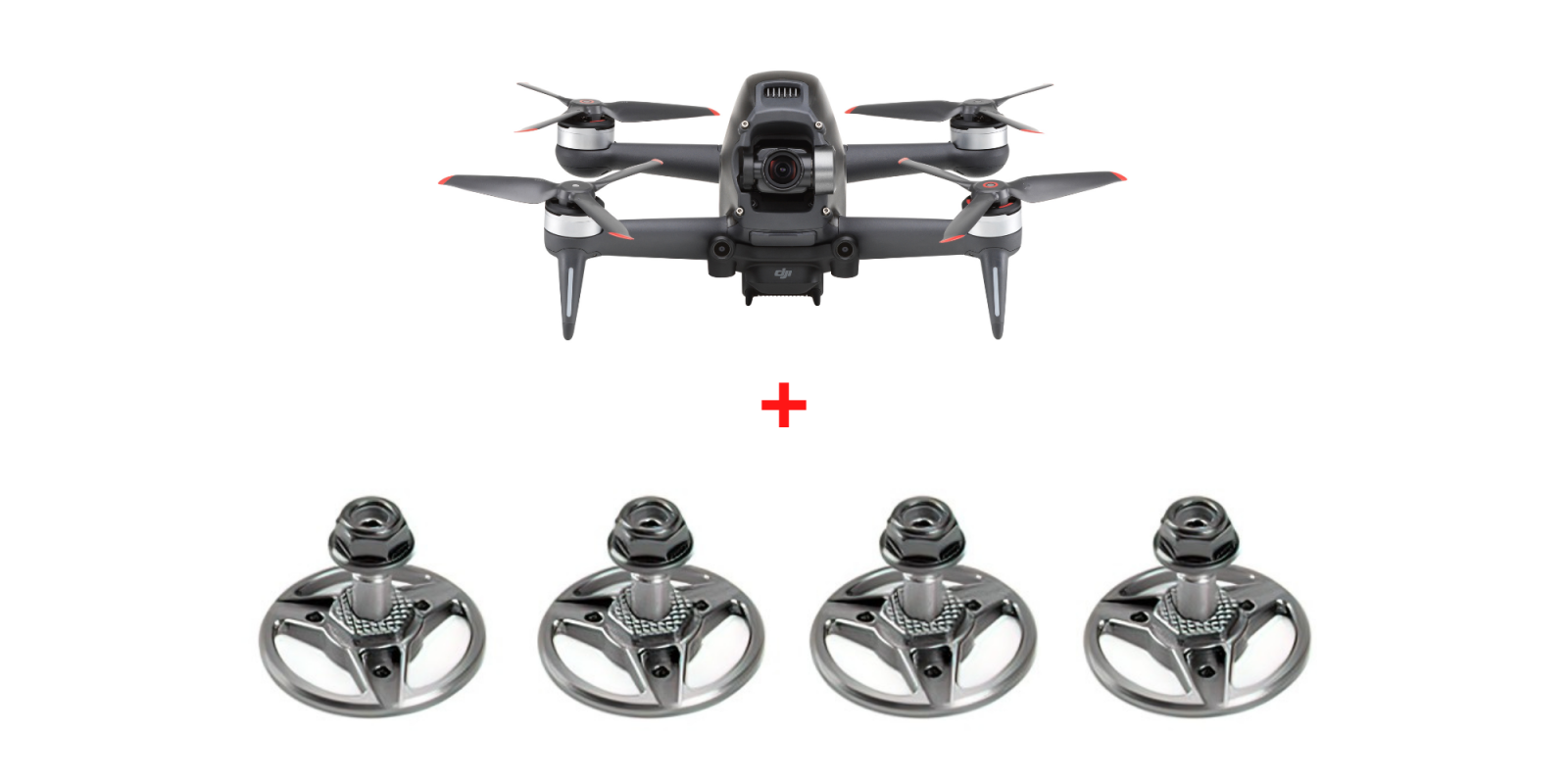 So you’ve bought a DJI FPV drone. Congratulations, you’re not alone. And now, thanks to a new widget, you’ve got some options when it comes to propellers.

The DJI FPV drone really shook up the FPV world. That’s because it’s the first all-in-one FPV combo, at least that we’re aware of, that allows total beginners to begin flying First-Person-View with confidence. The drone has multiple modes that allow you to gradually explore new skills as you gain confidence in the air.

One of its pros – a combo that works perfectly as a factory deal – is also one of its cons: You can’t modify it. You can’t even change the propellers because of DJI’s proprietary mounts.

But that just changed.

It was only a matter of time. And that time has come: Aikon has created prop adaptors that allow you to mount whatever props you’d like (within limits, of course). Here’s what the adaptors look like:

As you can see, they bolt directly onto the motors.

Well, we defer here to YouTube creator OriginaldoBo, who has already bought and tested the product. And his verdict? We’ll let you see for yourself:

A couple of things worth pointing out (which were also in the video, but we had the same thoughts). The first is that if you crash with these on, don’t expect DJI to honor a warranty. You are modifying a factory product, and that comes with certain risks. You’ll also have to manually undo your props with a wrench rather than twisting them off by hand.

We also know that some quads can get overloaded if you mount props that have a really intense pitch, putting extra strain on your propulsion system that wasn’t intended or anticipated by the manufacturer. In this case, DJI has designed propellors specifically for its system. They may not be as flexible or durable as other props on the market (and they’re pricier), but they are designed specifically for this drone. So be careful.

But, for those seeking greater control over their DJI FPV drone, this is the only way we’re aware of, at least so far, that allows you to swap out those factory propellers. Just remember, you’re doing so at your own risk.

And, potentially, to your own benefit. The adaptors cost $24.99 and are available from GetFPV.