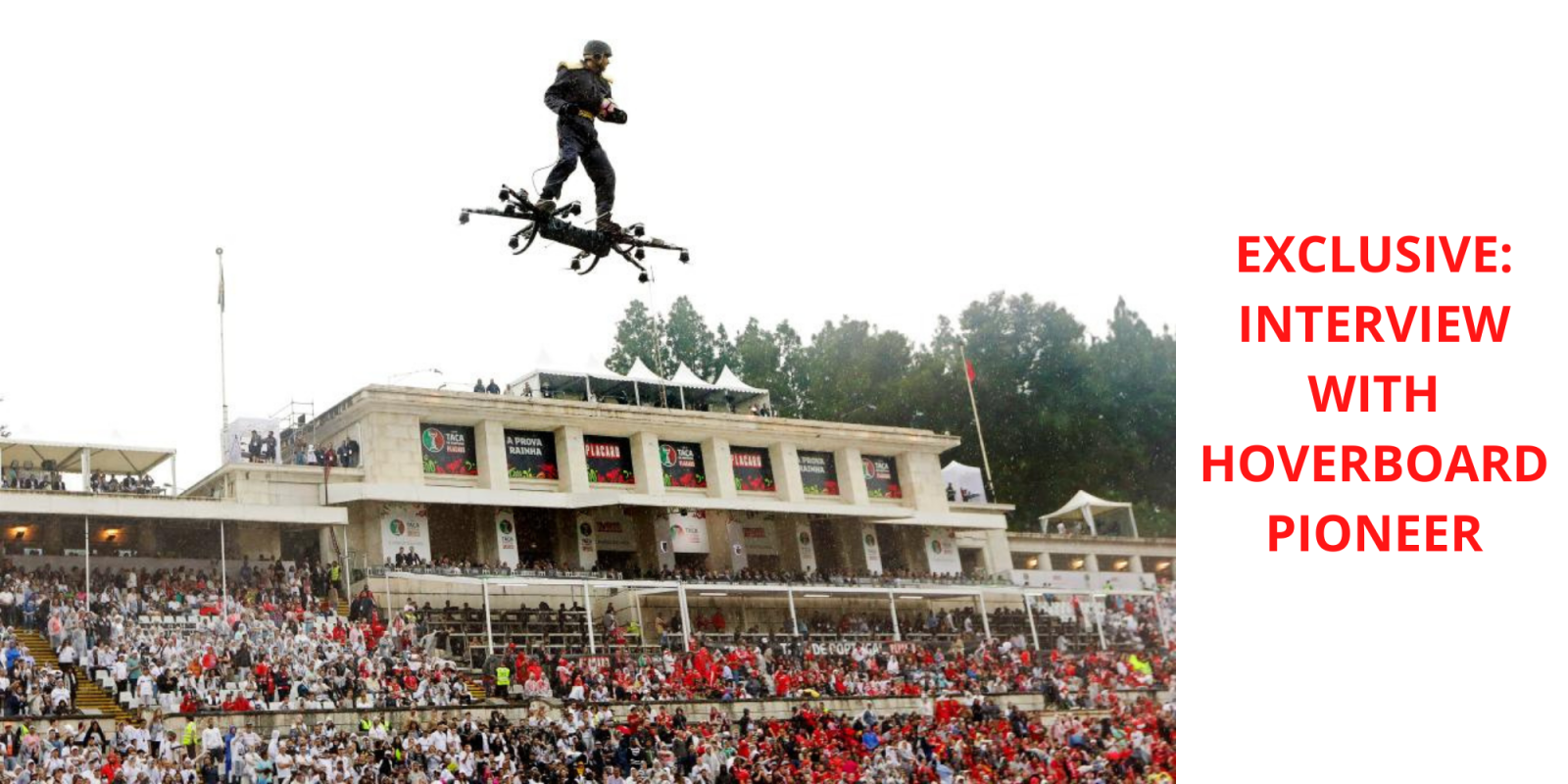 Well, this has been a long time in the making. But we were thrilled earlier today to have an opportunity to speak with Alexandru Duru, the CEO of Omni Hoverboards. Let’s dive in.

Like six years ago or so, a video popped up out of nowhere. Alexandru Duru was standing on a deca-copter style device on a small floating dock. The goal? To fly a greater distance than anyone had previously done with a hoverboard-like device.

The result? A Guinness World Record and more inquiries than Alexandru probably cares to remember.

We’re willing to bet you saw this video at the time or a variation of it. The video we’re going to link to below is the official Guinness video because it has some good explanatory notes tucked in. Have a look and tell me you’re not impressed:

And this is now. Since that amazing flight, Alexandru has been busy further developing this technology and demonstrating it at major events (and even on television programs) around the world. He’s also graduated from flying over water (which was done for safety reasons) to flying over land and at higher altitudes.

Of course, his goal is to release a commercial version of this bird. He’s not there yet and couldn’t reveal too many details, but we did have a great conversation that we’ll post here as a video in a moment.

Very simply. We made the assumption that the unit probably has a serious flight controller in it, but that’s not the case. There is an Arduino keeping track of throttle inputs and talking to the ESCs, but there’s no flight controller.

So…what keeps this thing stable? How do you maneuver? All good questions, and the answer is simple: Like snowboarding, you simply shift your weight. It’s an intuitive system, says Duru, and starts to feel completely natural after a few short flights.

Duru does not see this as something that will be sold en masse. It’s not going to be a device that you strap on for a trip to the grocery store or anything like that. Rather, Duru believes the appeal will be for people into extreme sports – whether they’re skydivers or surfers or something else – but people who are looking for a real thrill.

And, based on the videos we’ve seen and the conversation we just had, they’re in for exactly that:

If you watched the entire video, you will have heard Alexandru kind of say that I’m welcome to come to Québec and try this thing out. I actually really want to do that (I’ve flown in some crazy things, ranging from a hang-glider to an F-18 to a WWII open-cockpit glider, so I’m willing to take risks.)

But if Alexandru is serious, I’ll be flying over water — and during the summer. I may take risks, but I’m not going to take any chances.

You can find out more about Omni Hoverboards here, and you can follow the company’s YouTube channel here. No, Alexandru isn’t selling anything yet. But hey – feel free to send a deposit my way.