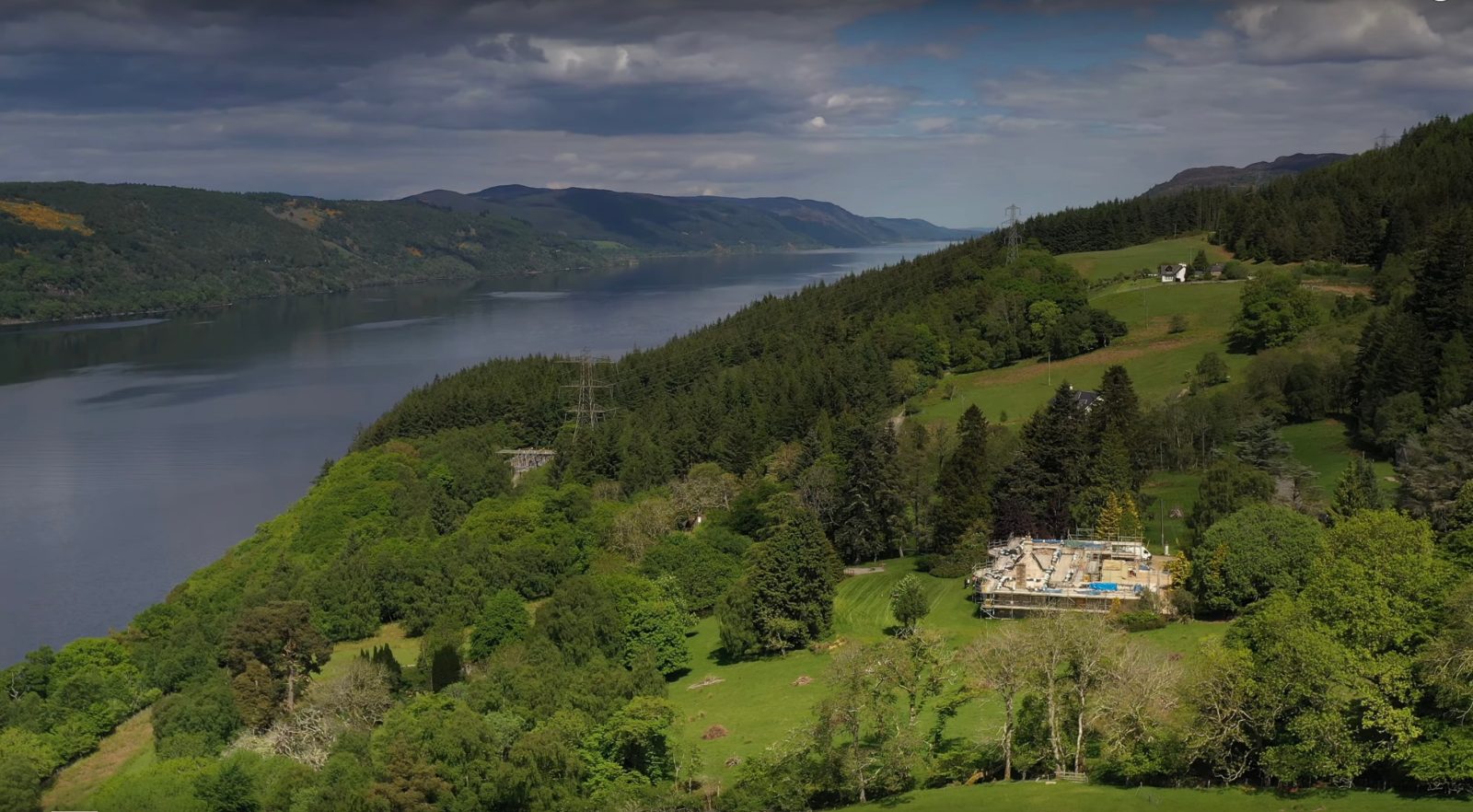 Restoration of historic Boleskine House with Loch Ness behind
0

Boleskine House has had its share of bad luck since being completed in 1760 on a spot overlooking Loch Ness – the last being fires in 2015 and 2019 that burned it to the ground. But the Scottish Highlands manor got a jolt of good fortune this month when a professional drone pilot captured stunning footage of Boleskine House’s advancing restauration.

Drone pilot and photographer Aaron Sneddon shot his dazzling  video of the partially restored Boleskine House during one of his regular DJI Mavik 2K Pro flights over beautiful and historic Scottish locations. Luck was with both Sneddon and his subject in providing mostly clear skies and lots of sun in a part of the world better known for its gray, dark, low-hanging cloud cover. The result is a blend of sharp greens and dark blues serving as nature’s striking backdrop of Boleskine House rising from its foundations again.

The $1.66 million restauration project is being overseen Keith Readdy, who bought the ruins in 2019 and endowed it to the charitable Boleskine House Foundation (BHF). Though little remained of the destroyed structure, Readdy was pleased when the original central chimney could be saved (and featured in Sneddon’s video). Other original stones recuperated for walls are also visible, as are window panes hewed out of sandstone slabs – each requiring about 21,210 blows of the mason’s chisel.

Once the manor is rebuilt, the BHF plans on welcoming visiting history buffs and tourists, and promoting the deeper Boleskine House history that’s often obscured by the less savory aspects of its past.

Those include its 1899-1981 ownership by Aleister Crowley, a social and cultural iconoclast infamous for his practice of occultism – a blend that earned him the sobriquet “Wickedest Man in the World.” Former Led Zepplin guitarist Jimmy Page – also a reputed dabbler in black magic – was lord of the manor from 1971-1992. Even its earliest origins inspired dark rumor. A Scottish church that stood on the site was said to have burned down with the entire congregation trapped inside. Prior to that, legend goes, its minister re-buried corpses that had been brought back to life by a local wizard.

It’s a wonder Loch Ness’s monster gets any attention at all next to all that sinister Boleskine House lore.

“The place is quite weird and freaky,” Sneddon told Scotland’s daily Press & Journal of his visit and drone filming. “There is so much history behind the house, from the people who run it to events that have happened… Loch Ness is almost generic, but as you get to Boleskine House, it no longer feels generic.”

Despite describing himself as color blind, Sneddon said when the sun lit the area up even he could see the wonder his drone was capturing.

“It was just one of those days where the clouds were floating on by and the colours stood out,” he told the paper. “It was just the perfect day to get the drone up.”

Readdy and the BHF agree. They are using the video Sneddon has donated for use to promote the restauration and future operation of Boleskine House.