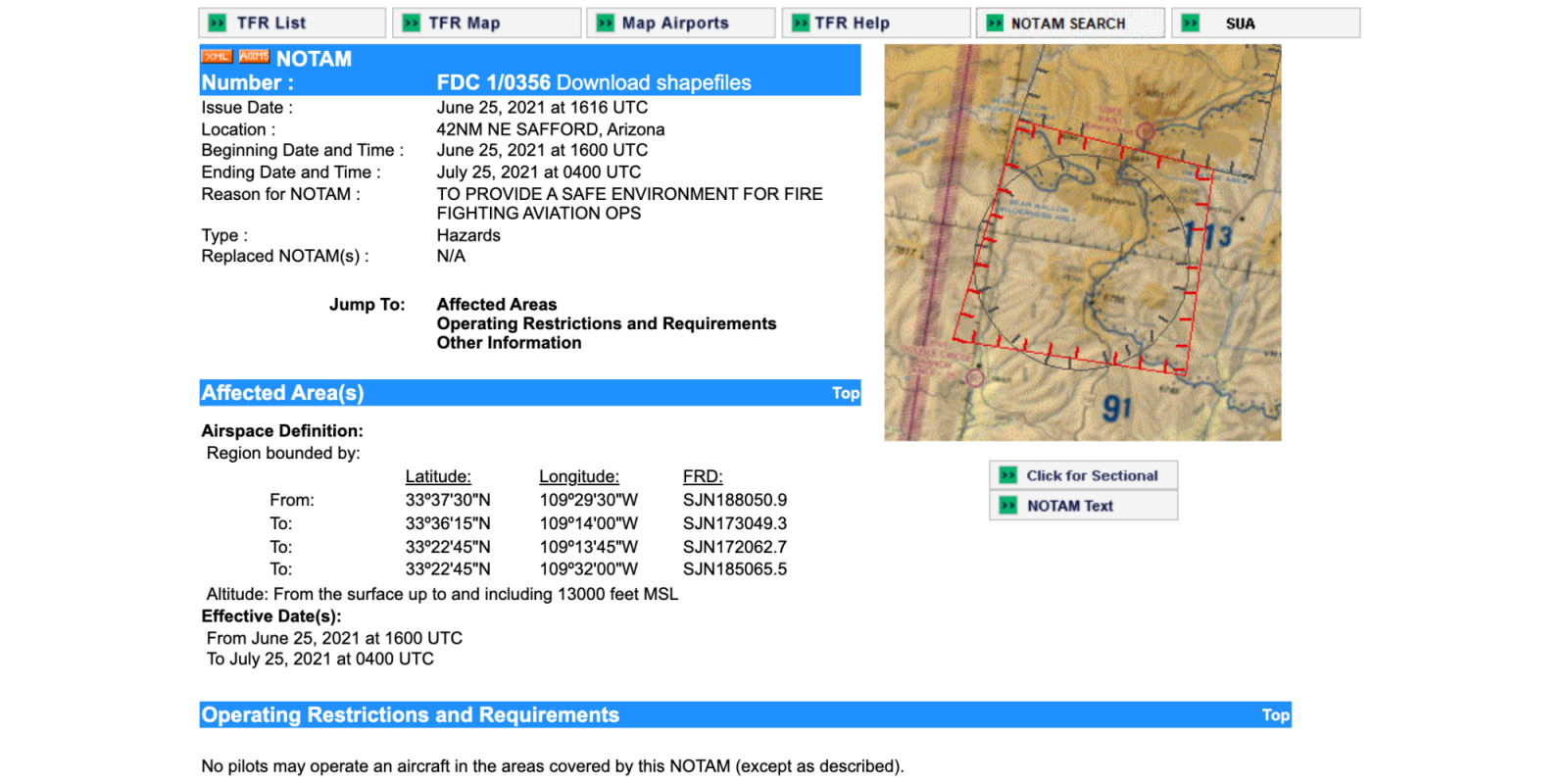 The Federal Aviation Administration has put flight restrictions into place in an area of Arizona affected by ongoing wildfires. That means no drone flights in the area — unless you are directly involved with operations and/or have a special waiver granting you permission.

Every year, the following two things happen: Wildfires break out in the US, and someone still flies their drone over or near the area for a better look. Some pilots do so out of ignorance, some might be trying to obtain footage to commercialize, and some just deliberately break the rules hoping they won’t be caught.

To paraphrase Nike: Just don’t do it.

Fighting wildfires is dangerous business. It’s difficult and hazardous work on the ground, and it’s also difficult work for airborne support. Water tankers and other aircraft carrying fire-suppressing materials are usually dispatched and flying at low altitudes. The last thing they need is a drone popping up in the airspace where they’re working.

And currently, efforts are underway to stem wildfires in Arizona:

The FAA, of course, wants to ensure that drone operators (and private pilots) know about both the fires and the resulting Temporary Flight Restriction, also known as a TFR:

Where can’t I fly?

The FAA keeps a rolling list of Notice to Airmen (NOTAMS) on this page. Though you can find these on some apps, it might be worth a bookmark. The list changes regularly as new notices and TFRs are added. In this case, we scrolled down to Arizona and found this line:

And then we gave it a click – resulting in all the information we needed:

You’ll find the affected areas here, including the information that flights are banned during the specified dates (a one-month period). There’s also a + button if you’re looking for NOTAMS/TFRs for the entire state.

Thankfully, the FAA’s messaging on drones and wildfires in recent years appears to be paying off. While there are still occasional incidents, they’re becoming quite rare. For the safety of those fighting fires from the air – or the ground – we hope this trend continues.