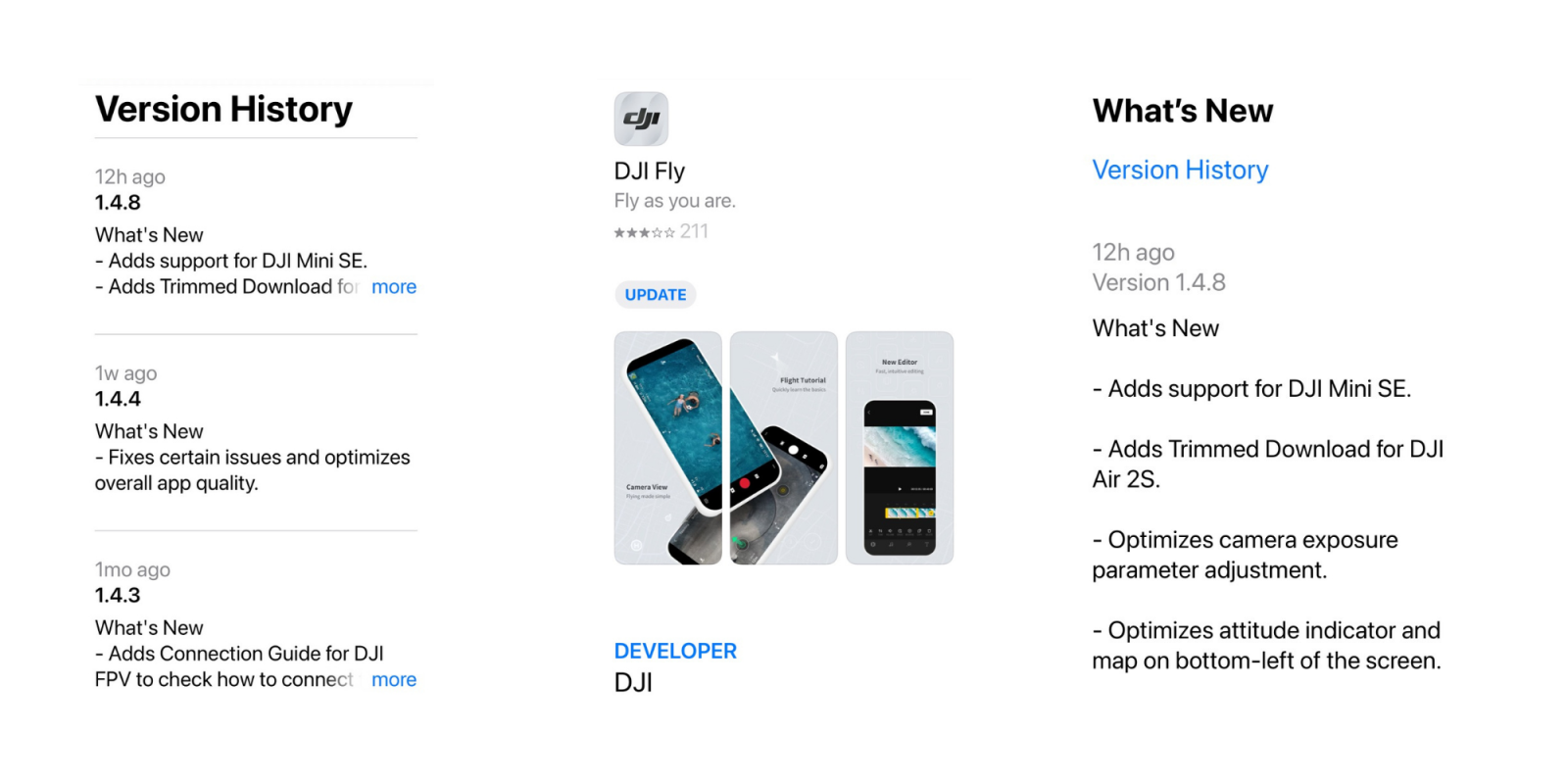 DJI has released an updated version of its FLY app. And, as usual, there are some goodies in there that make it worth updating.

It’s time for a fresh download, and that time is now. This is especially true if you’ve got your eyes on the new MINI SE, which appears to be a repackaged Mavic Mini with some slight cosmetic changes at a bargain-basement price. In fact, DroneDJ‘s Ishveena Singh wrote about the MINI SE’s availability in Malaysia and its anticipated global release earlier today.

And the MINI SE? That’s one of the big reasons for the upgrade.

DJI has been busy. Just one week ago, it released version 1.4.4, which dealt with a few quirks and optimized overall app quality. And now there’s a new version. And the biggest reason why? This:

Yes, it’s because of the MINI SE – which appears to be on the verge of an almost global release. We say “almost” because apparently it will not be sold in the US. We asked DJI what the scoop is, and just heard back. Here’s the company’s statement:

The specs are identical to those of the original Mavic Mini. We’ve contacted DJI to see if we can learn a little more about the release plans, and why it appears this model won’t be available in the US. In fact, @OsitaLV just Tweeted that it’s become available online, but only in certain locations:

Yes, the update is about more than just the MINI SE. Here’s what the App Store displays as other improvements: