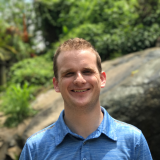 B&H Photo is offering the DJI Mavic 2 Pro Quadcopter + Manfrotto Aviator Hover-25 Drone Backpack for $1,419 shipped with the code BHOPTIC20 at checkout. For comparison, the drone itself regularly goes for $1,729, though it’s on sale for $1,600 right now. The backpack adds another $100 in value, giving you a grand total of up to $410 in savings with today’s deal. For comparison, we’ve seen the Mavic 2 Pro itself go for as low as $1,225 earlier this year, though this is the best pricing we’ve seen since. The Mavic 2 Pro is a great drone for those who want to capture high-quality aerial footage, giving 4K footage from the Hasselblad camera. It can even record in 10-bit Dlog-M or 10-Bit HDR, which is a killer feature for both cinematics or home videos. Rated 4.8/5 stars and you can learn more over at DroneDJ. Head below for other great deals on DJI drones and camera gear with prices from $299.

Adorama is offering the Lowepro DroneGuard BP 200 Backpack for $34.99 shipped. It typically fetches closer to $60, yielding a savings of $25 off what you’d typically spend at retailers like Amazon. Today’s deal is the lowest price we have tracked. Not only does this backpack have enough room for DJI’s Mavic Pro, it also sports a 2-liter hydration reservoir for keeping you quenched while hiking. A “phone zone” shoulder strap holds smartphones in place for quick and easy access. A customizable interior is capable of securely housing a Mavic Pro, transmitter, five batteries, charging cords, and more. Rated 4.7/5 stars.

Beach Camera via Rakuten is offering the DJI OSMO Action 4K Camera for $296.65 shipped when coupon code SAVE15 has been applied during checkout. Note: You will need to be logged in to a free Rakuten account to use this code. That’s a $50+ savings compared to what retailers like Amazon are charging and is a match for the lowest price we have tracked. When we gave our first impressions of DJI’s new action camera, we were quick to call out its dual display setup. This feature allows users to see what’s being captured no matter which angle you’re shooting from. Support for 4K60 means that your videos will look smooth and detailed. Ratings are still rolling in, but DJI gear is reputable.

Apple @ Work: iPadOS 15 gives the iPad a brighter future in the workplace

Today only, 6ave Electronics via Rakuten is offering the DJI Osmo 4K Action Camera for $296.65 shipped when coupon code SAVE15 has been applied during checkout. Note: You will need to be logged in to a free Rakuten account to use this code. That’s $53 off the going rate found at retailers like Best Buy and is the first notable price drop we’ve tracked. Probably the most prominent feature of this action camera is its secondary display. This makes it easier than ever to know exactly what is being captured while recording. Users will be able to shoot 4K60 video, a feature that is typically missing in most of its competitors. Simply pop in a microSD card and you’ll be good to go. Ratings are still rolling in, but DJI products are generally well-rated. Have a look at our first impressions to learn more.

B&H is offering the Parrot ANAFI Drone with Skycontroller 3 for $499 shipped. That’s about $100 the typical rate, $50 off the sale prices at Amazon and Best Buy and is the lowest price we have tracked. Not only does this drone shoot 4K HDR, it also can snap 21-megapixel photos while airborne. Its battery lasts 25 minutes and charges via USB-C. With speeds that reach over 30mph, you’ll have blast flying this thing. Rated 4+ stars from 65% of reviewers.

Via 9to5Toys, Remember to hit up DJI’s Sale and Refurb store as well as the eBay and Amazon Deal storefronts for latest deals.

B&H is offering the Parrot ANAFI Portable Drone with 21MP 4K HDR Camera and Skycontroller 3 for $549.99 shipped. Also available at Adorama. That’s $100 off the sale price at Best Buy and $150 of the typical rate. Today’s deal is the lowest we’ve seen. This drone flies for up to 25 minutes on a single charge and has a range of 2.4 miles. Rated 4.1/5 stars.

AC Cars’ electric Series 1 Cobra bridges the past and future

DJI’s official eBay storefront is offering its refurbished Mavic Pro Drone for $599.99 shipped. That’s about $400 off the original price, $250 below the new condition rate found at retailers like BuyDig, and one of the best deals we have tracked. I own this drone and love the crisp 4K footage it shoots along with the incredible 4.3-mile range. Customers will receive a 1-year warranty with their purchase. Rated 4.8/5 stars.

Amazon is offering the Parrot Bebop 2 Drone FPV Bundle for $250 shipped. Also available at Best Buy. That’s $50+ off the typical rate and is in line with some of the best pricing we have tracked. This compact, lightweight drone offers 2- minute battery life and 1080p video recording. Along with the drone itself, a pair of FPV goggles and Parrot Skycontroller 2 are also included. Rated 4+ stars by 65% of reviewers.