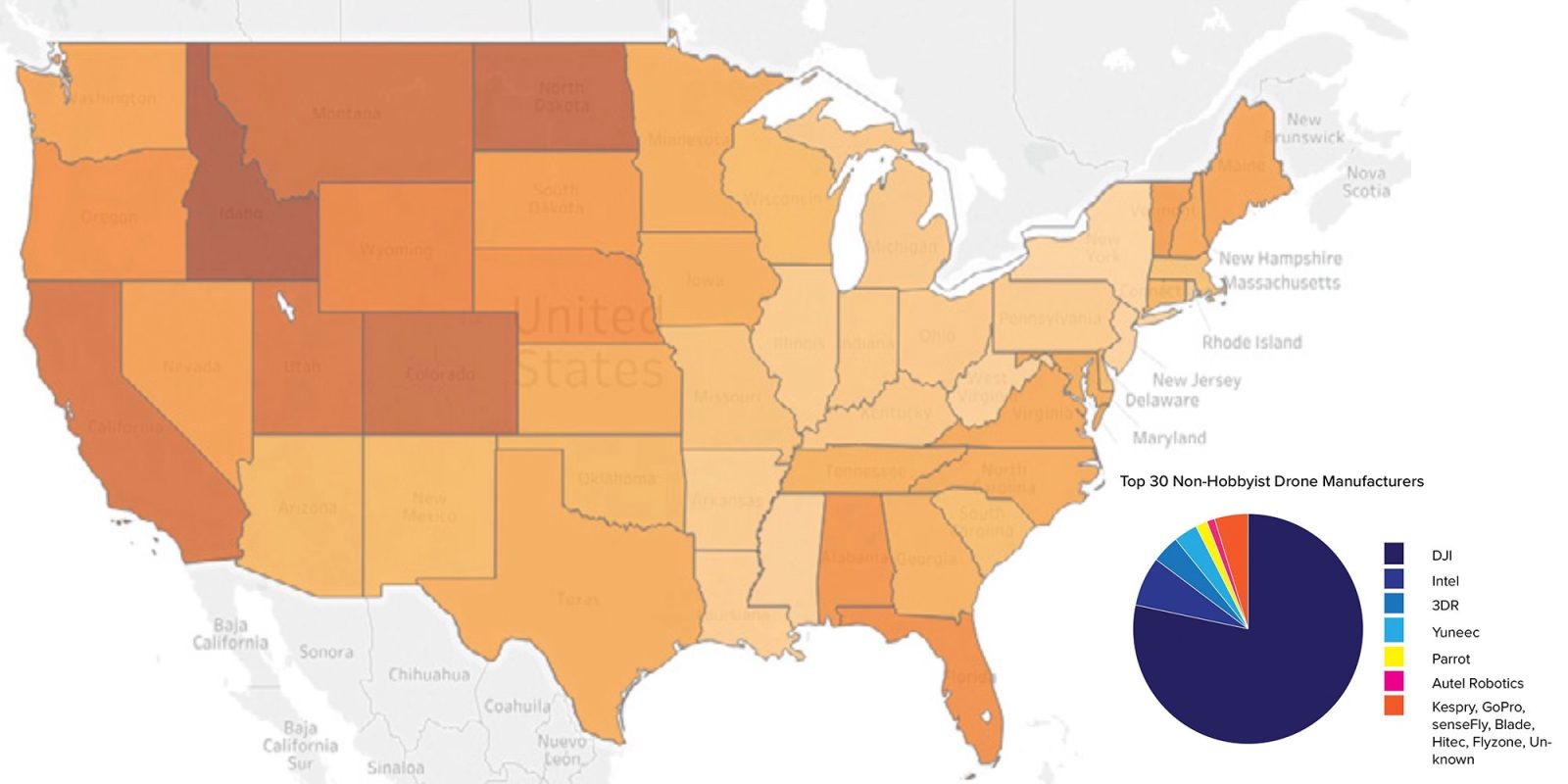 On November 14th, 2017, the Federal Aviation Administration publicly released a database with non-identifiable information of every drone registration up to October 31, 2017. Dan Gettinger and Arthur Holland Michel at the Center for the Study of the Drone at Bard College have published a preliminary but detailed analysis of the FAA registration information. They confirm some things that we already knew, such as DJI being the undisputed leader in the drone market as well as some surprising insights. The information released by the FAA shows registrations geographically for both hobbyist and non-hobbyist segments of the drone market.

The most registered non-hobbyist drones can be found in the following states: California, Texas, Florida, New York, North Carolina, Georgia, Colorado, Illinois, Pennsylvania, and Virginia. Together these states represent 55 of all non-hobbyist drone registrations.

Interestingly, Washington, D.C. has more than 98 non-hobbyist registered drones per 100,000 residents, while the city falls entirely within restricted airspace and without a special permission drone operations are prohibited.

DJI is the market leader in non-hobbyist drones

One thing that immediately stands out is that Chinese drone manufacturer DJI makes up over 75% of all non-hobbyist drone registrations, with the Phantom 4 being the most commonly used drone in that segment. According to the report: 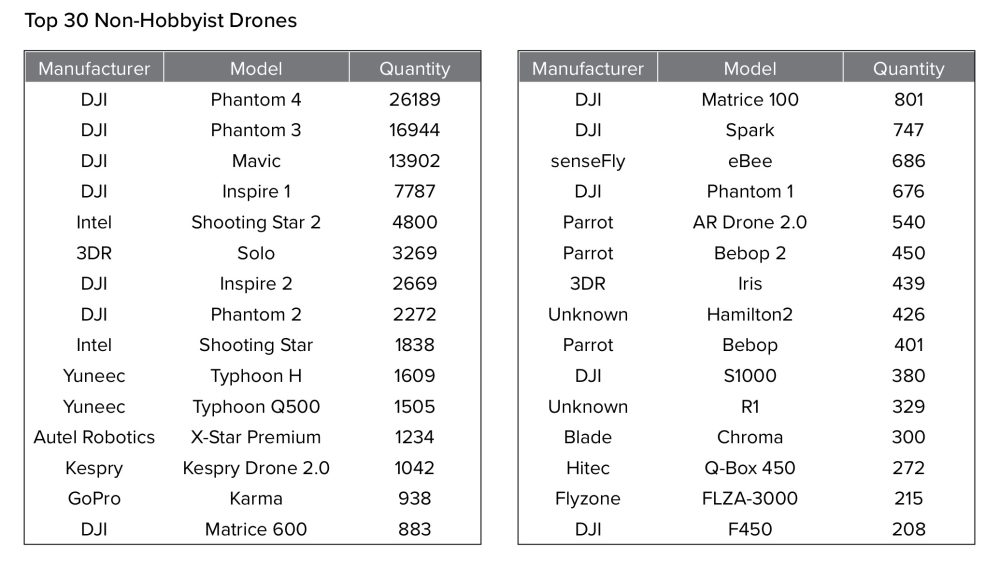 The states with the largest number of registered hobbyist drone users per capita are in descending order: Hawaii, Alaska, Utah, Colorado, and Washington.

The states with the fewest are Mississippi, Louisiana, Kentucky, New Mexico, and Arkansas.

The growth of the number of hobbyist registrations has been slowly declining as a result of the uncertain legal status of the registration requirement for hobbyists after, on May 19, 2017,  the D.C. Court of Appeals struck down the Federal Aviation Administration’s rule requiring all hobbyist drone owners to register with the government, finding that the program violated the 2012 FAA Modernization and Reform Act, which bars the FAA from imposing any new regulations on model aircraft. However, it now seems that drone registration for hobbyists may be reinstated under the 2018 National Defense Authorization Act (NDAA).

The report contains a lot more interesting data than we can show here in a single post and really is a must-read for anybody with a real interest in the drone industry. You can read or download the entire report here.