US Air Force studies falcons to develop a drone killer 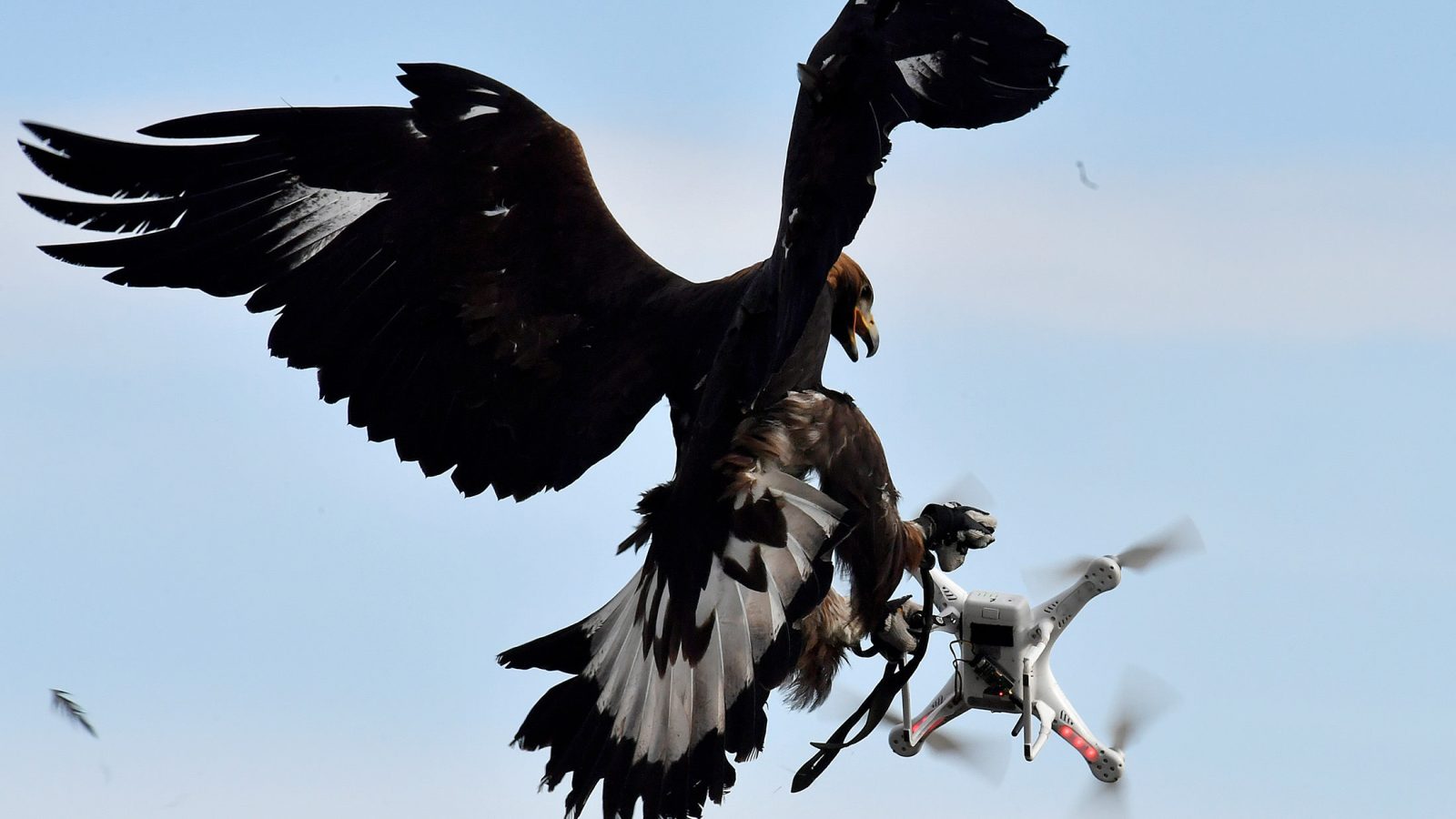 In our ongoing series of drone killers, called Drone Defense, we now learn that the US Airforce has funded research to study how peregrine falcons approach and target their prey. Many of the raptor’s attack skills may one day be used in creating an effective drone-defense system to help keep soldiers safe.

During the research, that involved 55 attack flights in Wales, the peregrine falcons were outfitted with a GPS receiver and a small video camera so that their angle of attack on other birds could be observed. The predators were also used to seize bait that was towed by a drone. Bloomberg reports that: “in a paper that was released on Monday in the Proceedings of the National Academy of Sciences of the U.S., the falcon’s approach to intercepting its target aligned closely with the rules of proportional navigation, a guidance system used by visually-directed missiles.”

Falcons and heat-seeking missiles show some similarity in their approach. Both will reach the target as long successfully as long as the line-of-sight is unobstructed during the final phase of its flight. One of the differences is that the falcons adjust their angle of attack because they fly at lower speeds. It is this particular feat that has captured the researchers’ interest in developing a drone that could take out other airborne drones.

“We think that the finer details of how peregrines operate could certainly find application in small drones designed to remove other drones from protected airspace,” Professor Graham Taylor, the principal investigator, wrote in an email to Bloomberg.

With drones already being used both by our own military as well as by rebels in the Middle East to carry out attacks, government officials have expressed fear of similar attacks happening here in the US as well. Earlier in 2017, drones were no longer allowed to fly over or near military facilities and in July the Pentagon authorized 133 military installations to shoot down drones that threaten their airspace.

The Pentagon has explored a number of ways to defend against drone attacks. The most basic being opening machine fire at the unmanned aerial aircraft to the more advanced approaches that include lasers, radio jammers, casting a net and other advanced methods to disable the drone.

In the Netherlands, the police have studied if eagles can be used effectively to capture small drones.

“The problem with this approach is that raptors are only motivated to chase targets if they are hungry or defending a territory, and spinning rotor blades pose as much of a threat to a birds’ talons as they do to our own fingers,” Taylor wrote in an email. “Keeping a defense team of hungry raptors on call isn’t practical, and flying them at large multi-rotors isn’t ethical.”

Other methods of defense against killer drones have been introduced by a number of companies. We will cover them in our ongoing reporting on drone defense and drone killers.