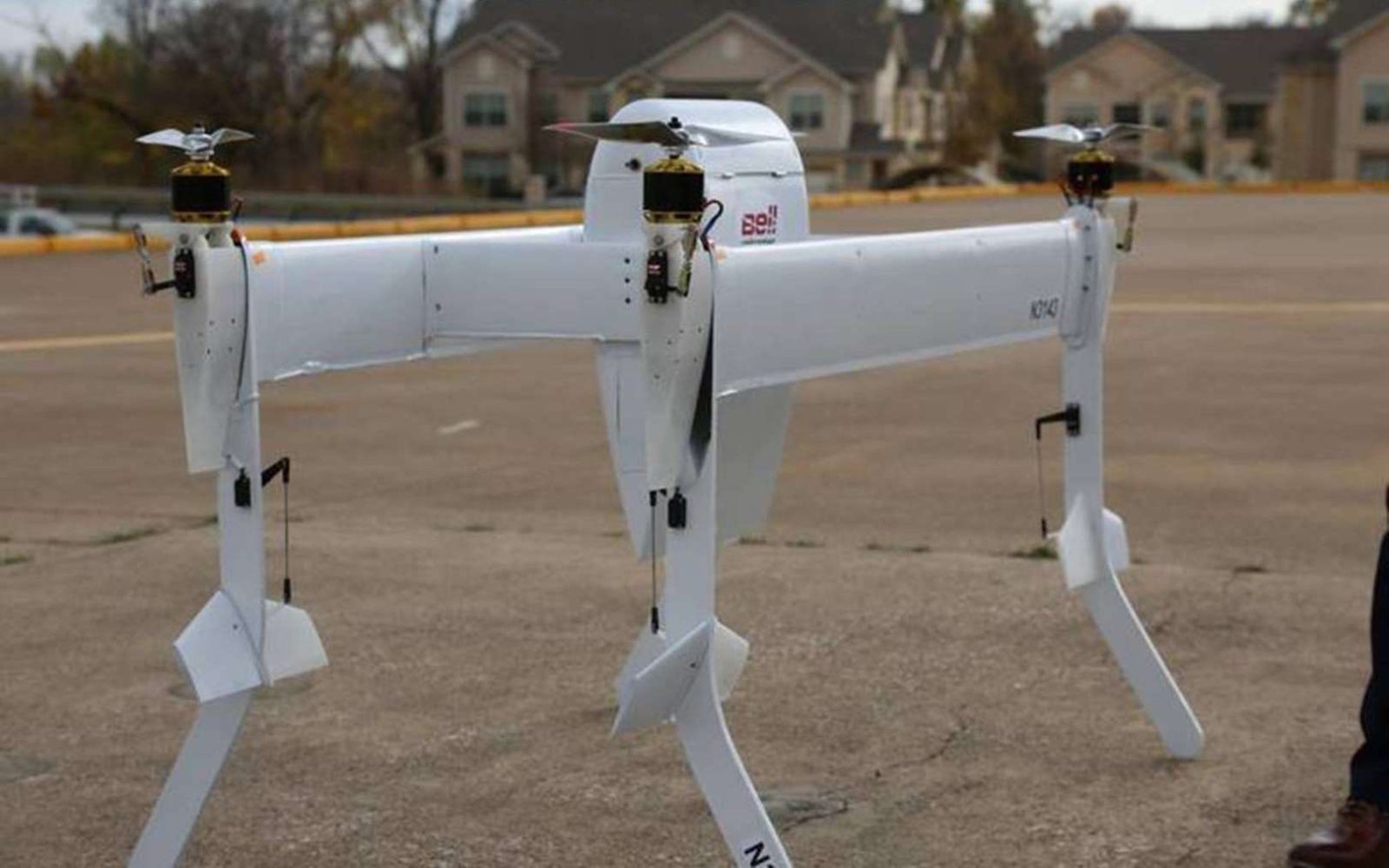 Bell Helicopter showcases a delivery drone that one day may well bring you your Amazon orders. The Fort Worth-based aviation company is aggressively moving into the unmanned aerial vehicle (UAV) space and introduced this week the all-electric APT, short for Automatic Pod Transport. A drone that could be used for military purposes or retailers like Amazon.

Scott Drennan, Bell’s director of innovation says that Bell’s delivery drone is a “modular, scalable vehicle” that can be adjusted to meet the needs of the customer. Different models of the APT can deliver loads up to 15 pounds or as large as 1,000 pounds. If that isn’t impressive already the company also claims that it can fly further and faster than its competitors. Drennan said:

“We think the opportunity for a vehicle like this is now. Bell can engineer, build, certify, field and maintain these vehicles in ways that some of these newcomers cannot. That doesn’t mean we ignore them. Our messaging was around what our core business is.”

Amazon, and Google to name a few are all trying to develop a robust drone delivery system and although some have made some actual deliveries, all of them are still in the test phase. According to Drennan, there are plenty of challenges ahead before a drone can safely make a home delivery. Clearing up the aviation regulations will also take time according to Drennan. Other issues to be solved, are related communication between the various unmanned aircraft and limited flying time of these vehicles.

“We’re pretty certain that’s going to take a lot more than folks have been talking about lately because that airspace around people’s yards is nonstandard,” Drennan said to MSN News. “But you can imagine a vehicle like (APT) this doing that? Ten to 15 pounds of payload. All electric. That’s typically what customers like and they’re satisfied with the range and speed and simplicity of the vehicle.”

The initial use of the APT will probably for the military as there fewer regulatory obstacles. The APT for instance could deliver up to 1,000 pounds of ammunition to troops in combat without risking the lives of pilots and crew.

“The military is already doing that today,” said Mitch Snyder, Bell Helicopter president and CEO. “They’re logistically moving elements of their logistic supply and resupply through some autonomous vehicles but we believe we’re going to bring some new ways of doing it, more quicker ways of doing it.”

There are a lot of things happening in the drone delivery space. Keep checking in with DroneDJ and we will keep you up to date with the latest news.