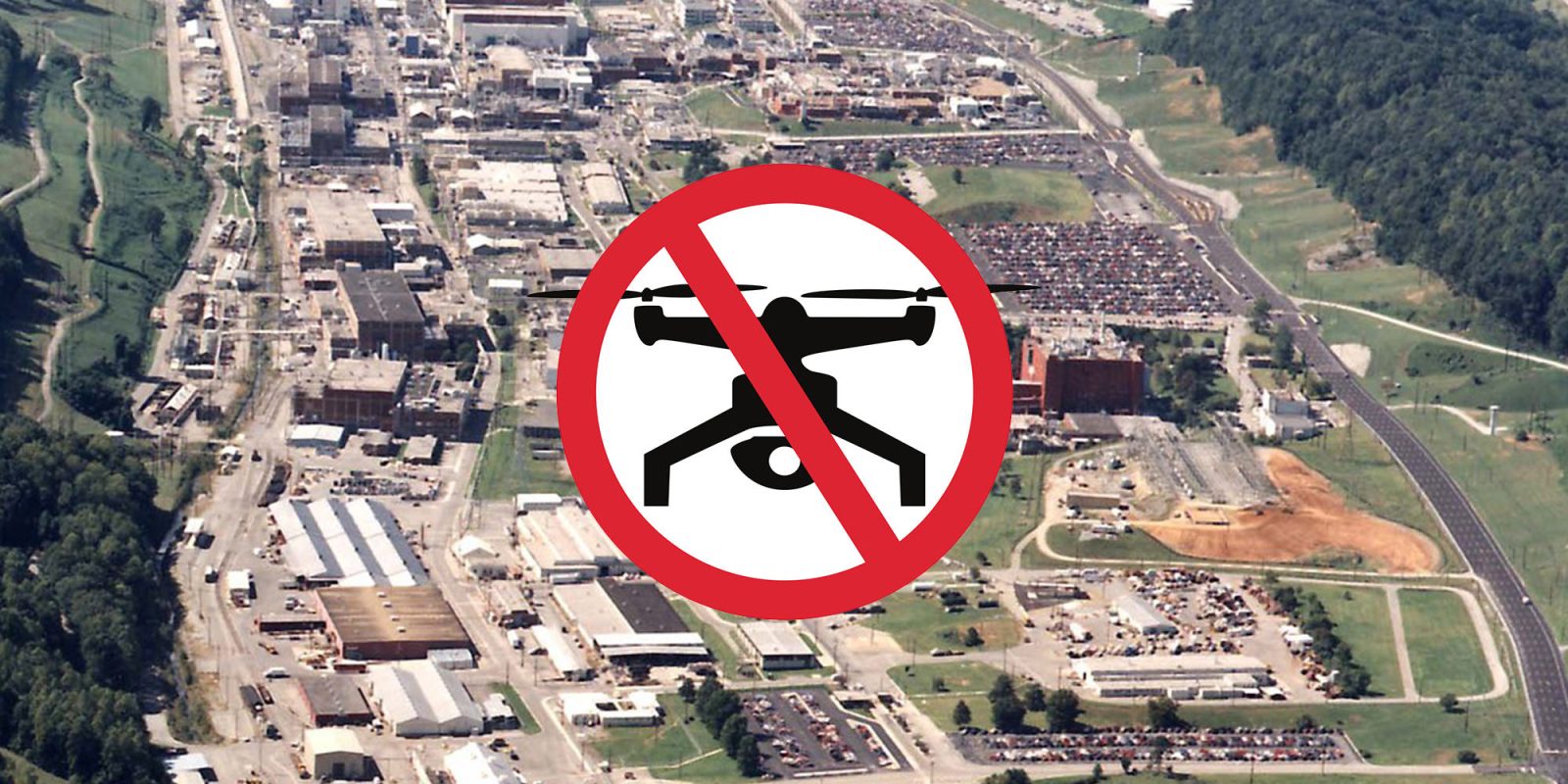 In a news release, the FAA announced that at the request of U.S. national security and law enforcement agencies, new locations have been added to the list of locations where you can no longer fly your drone.

The following seven Department of Energy (DOE) facilities have been added to the list.

Most of these locations are laboratories but the Hanford Site is a decommissioned nuclear production complex and the Pantex Site is a nuclear weapons assembly and disassembly facility. The Y-12 National Security Site in Tennesee was built as part of the Manhattan Project for the purpose of enriching uranium for the first atomic bombs. It is considered the birthplace of the atomic bomb according to Wikipedia.

The flight restriction for drones is up to 400 feet within the lateral boundaries of these sites. The UAS National Security restrictions are currently pending but will become in effect on December 29, 2017. Only with a special FAA permit will drone flights be allowed at these locations. Drone pilots violating these restrictions may be subject civil penalties and criminal charges.

The FAA will update their interactive map online to reflect these changes. Their app B4UFLY (iOs & Android) will also be updated.

These new drone restrictions are the first time that the FAA has made DOE locations off-limits to drone pilots and drone flying. In September, the FAA had issued similar restrictions for 10 Department of Interior facilities, including dams and national landmarks such as Mount Rushmore and The Statue of Liberty. Even earlier in the year, the FAA also banned drone flights over 133 military facilities and the Pentagon announced over the summer that their personnel would be allowed to shoot down any drones they perceived as a possible threat. Drone flights near airports, prisons, and sports stadiums are also not allowed.

The FAA also mentioned in the same news release that they are working with other federal security agencies to possibly add more locations to the no-drone-flying-allowed list.

More information can be found on the FAA website or in their FAQ’s section. Also, don’t forget to register your drone as that requirement was recently reinstated.