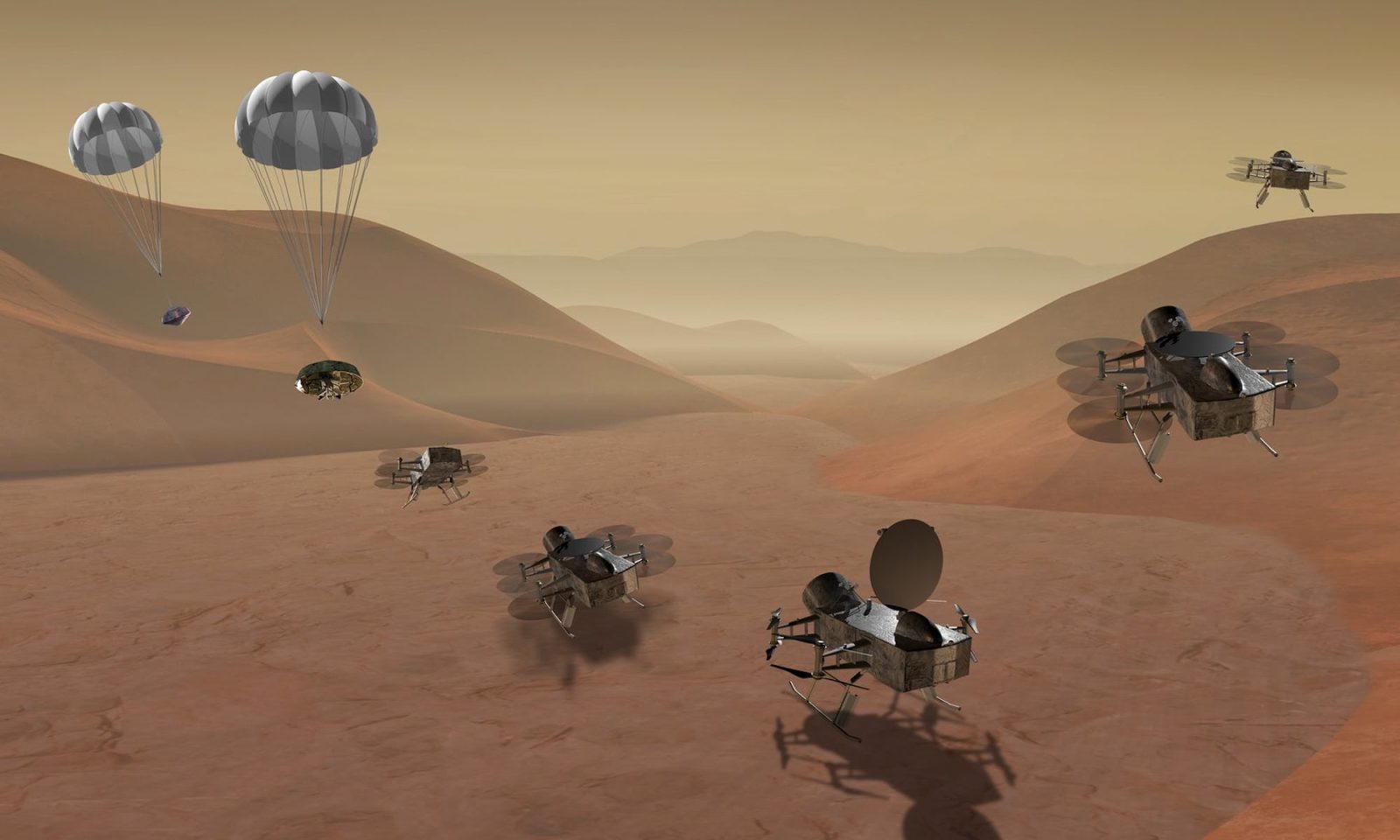 NASA selects two drone concepts for further study, for a drone mission to launch in 2020 as the fourth part of its  New Frontiers program. The first concept is a sample return spacecraft to a comet. The second one is a drone to fly across a moon of Saturn. Both concepts, that build upon previous European Space Agency mission, were chosen for further study by NASA this week.

Only drone concept will be selected

The Guardian reported that both winning teams will receive funding to take them through to the spring of 2019. At that point, one of the two missions will be selected for building. The expected launch date will be somewhere in 2020.

The first mission is the Comet Astrobiology Exploration Sample Return (Caesar) mission that would revisit the comet 67P/Churyumov-Gerasimenko. This icy comet was explored with the Rosetta spacecraft and Philae lander in 2014. Comets are leftovers of planetary formation and Caesar would bring back samples to investigate its history and origin.

The second mission, Dragonfly is focused on exploring Saturn’s moon Titan. The drone would be flown through Titan’s atmosphere and explore the moon’s habitability in a number of different locations across its surface. This mission would follow in the footsteps of the ESA’s Huygens mission, that landed in 2005 and was part of the NASA’s Cassini mission. Some data from that mission suggests that hydrocarbon biology might be possible on Titan.

Whichever of the two missions will be selected will be part of the fourth mission of NASA’s New Frontiers program. Missions one to three were: the New Horizons spacecraft that explored Pluto in 2015, Juno, which is in orbit around Jupiter, and Osiris-Rex, which is due to arrive at asteroid Bennu next year.