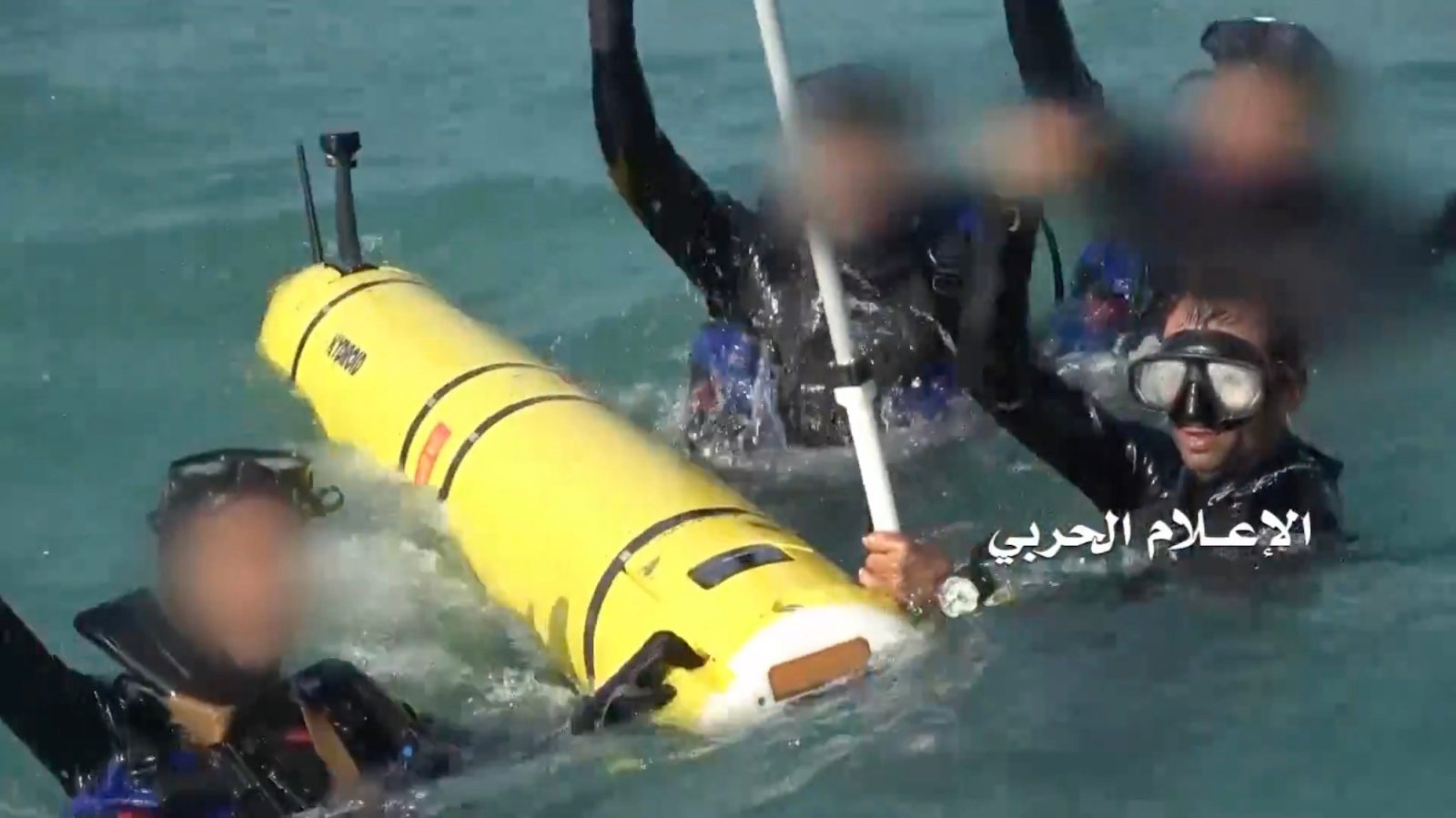 Houthi forces captured a U.S. Navy Unmanned Underwater Vehicle or drone 0ff the coast of Yemen according to a video uploaded to Youtube on Monday by the U.S. Naval Institute (USNI). The short video clips shows four members of the “Houthi Navy” in dive gear swimming and cheering around what seems to be a bright yellow REMUS 600 UUV, called Smokey.

The first video footage of Smokey the Unmanned Underwater Drone was published by the AMN News earlier this week. According to USNI the unmanned vehicles is a passive system operated by the Navy as part of a meteorological study, a U.S. defense official said.

The drone is branded with logos of manufacturer Hydroid and its parent company Kongsberg Gruppen. U.S. Navy officials in Washington did not provide any further details on the drone’s origin or purpose in the Yemeni waters. 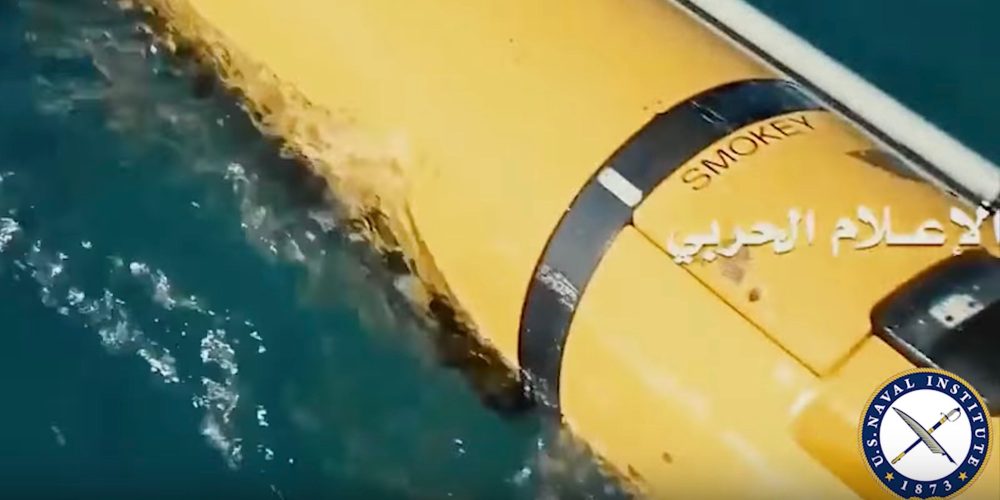 Dan Gettinger, co-director of the Center for the Study of the Drone at Bard College, said about the REMUS 600 that:

Based on an online fact sheet from Kongsberg Gruppen, the bright yellow REMUS 600 is between 9 to 18 feet long, depending on the mission and payload. It travels at 4.5 knots. The drone was initially developed in 2003 in a partnership with the U.S. Navy and the Woods Hole Oceanographic Institute. The REMUS costs around $1 million USD or more depending on the exact specifications.

According to Gettinger, the REMUS 600 is mostly used for mine countermeasures and intelligence, surveillance, reconnaissance and target acquisition (ISRTA). This would include studying underwater conditions, meteorological research and underwater terrain and current mapping. The REMUS is unique in its ease of use as it typically only requires a patrol boat to be launched. The drone can propel itself for around 20 hours before running out power. Gettinger also said that:

“Underwater drones are not as frequently spoken about as UAVs (unmanned aerial vehicles).”

We not specialize in underwater unmanned vehicles, but you have to wonder why the U.S. Navy would deploy a bright yellow drone in shallow turquoise waters of the coast of Yemen. Some sort of camouflage may have prevented Smokey, the $1 million USD underwater drone being captured.

The video of Smokey being captured