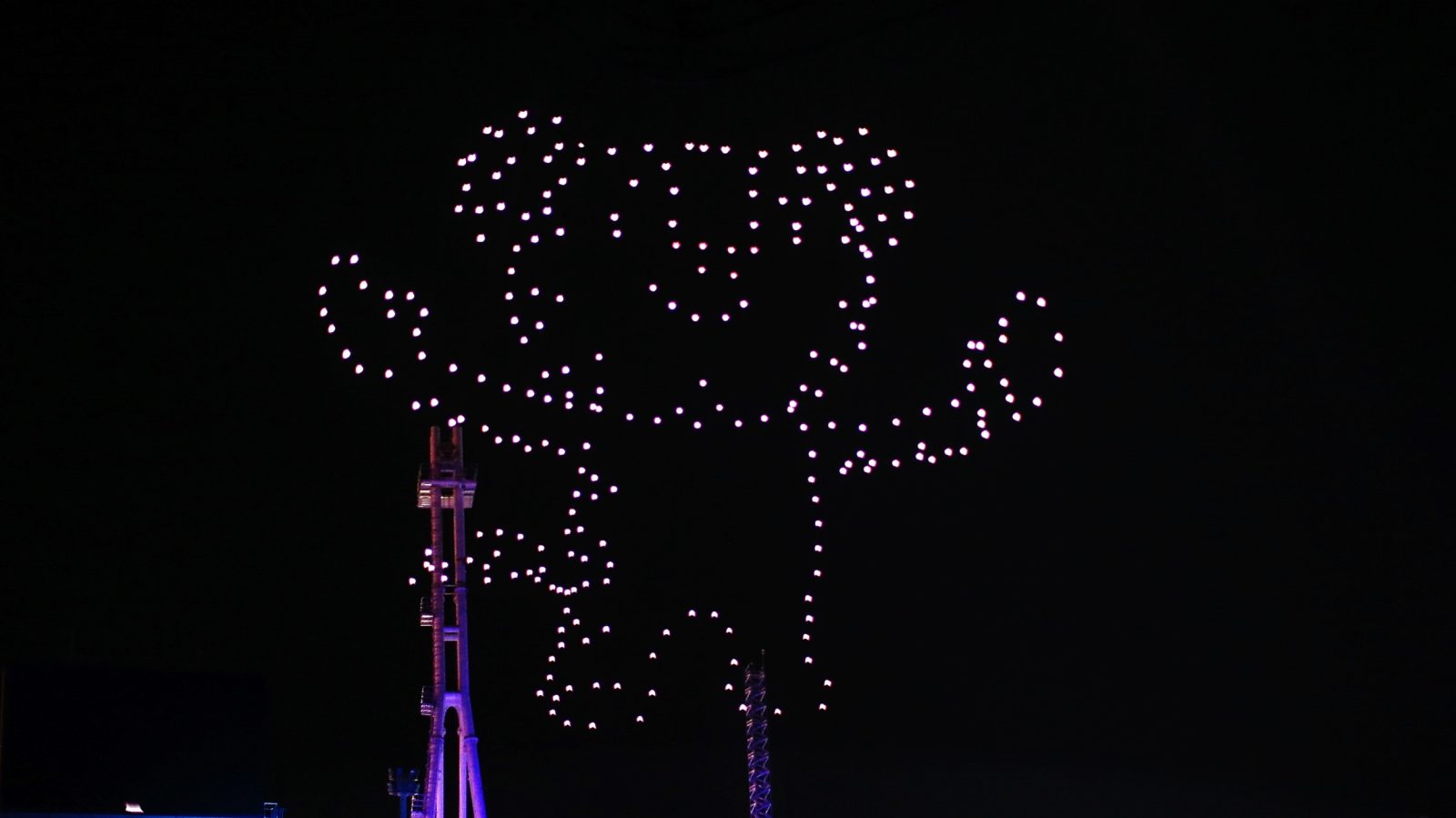 Watching the Olympics is always spectacular with amazing and record-breaking performances from many different athletes. This time around though drones also played an important role during the games. As part of the Opening Ceremony two weeks ago, Intel has a record-breaking 1,218 “Shooting Star” drones in the sky simultaneously, earning them a spot in the Guinness World Records. Now, at the end of the Winter Olympics, Intel had another smaller drone show with 300 unmanned aerial vehicles in the air.

Drones as part of the closing ceremony

During the closing ceremony of the 2018 Winter Olympics in PyeongChang, Intel’s Shooting Star drones created various colorful illustrations in the sky, including the Olympics mascot, Soohorang, the white tiger who comes running in above the stadium cheering on the athletes and creating a heart in the sky to show the love and appreciation for all the Olympic athletes and fans from around the world.

“Just like Soohorang, our Intel drones team has a challenging spirit and passion to push the limits and make amazing experiences possible,” said Natalie Cheung, general manager of the Intel drone light show team. “It’s been an honor to celebrate such magnificent athleticism and teamwork with Intel drone light shows, and a victory for us to see our animations of the games come to life.”

Of course, we have seen Intel’s drones in action before. For example, Intel had their drones flying inside and outside at CES 2018 and also last year during Lady Gaga’s SuperBowl show in 2017. The drone show is a nice alternative to the more traditional fireworks. Each drone is able to emit more than 4 billion color combinations and they are custom-built for entertainment purposes. All the drones in the air during one of the shows are flown by only one pilot. Even when Intel had the 1,218 drones in the air during the record-setting pre-recorded opening drone show.

The ceremonies will not be shown on TV until NBC replays the events during prime time at 8 p.m. 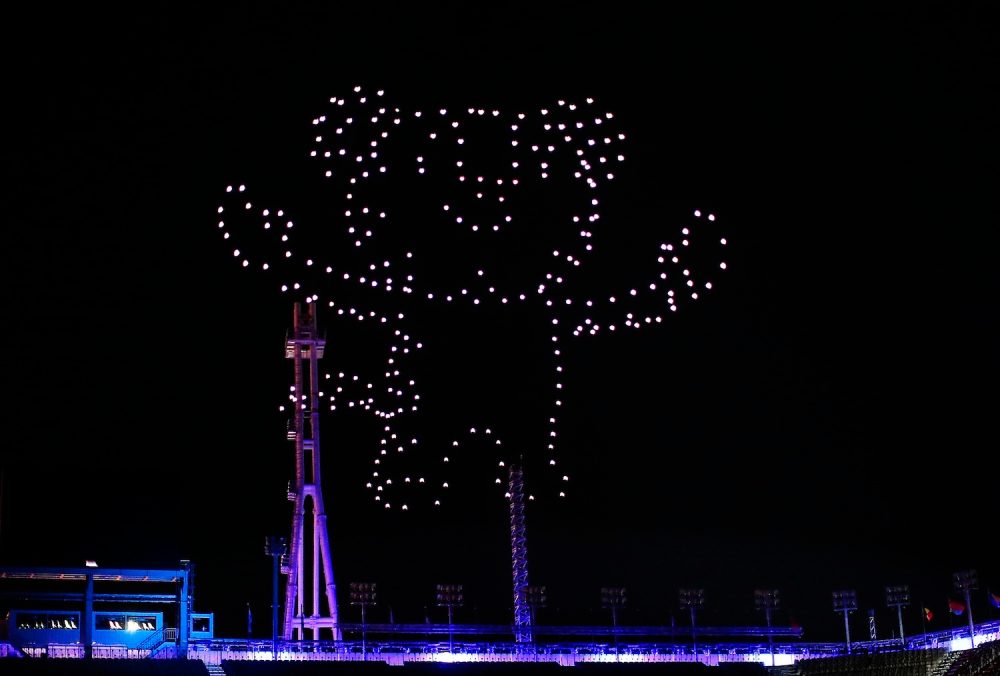 Specs of the Shooting Star drone from Intel

The world gathered, the athletes conquered – all while our #IntelShootingStar drones took flight with a symbol of peace. pic.twitter.com/cbg0zyeoik

With their specialized software and animation interface, Intel is able to create a drone light show in a matter of days or week depending on the complexity of the animation. Based on a reference image, as they did with the snowboarder during the Opening Ceremony, Intel’s software is able to calculate the number of drones needed, their location in the air and the fastest path each drone needs to fly to get in position. It’s quite amazing to see the drones make an animation come to live in the sky as you can see in the videos. the software even runs a pre-flight check to select the most optimized drone for each flight based on things like battery life and GPS reception.