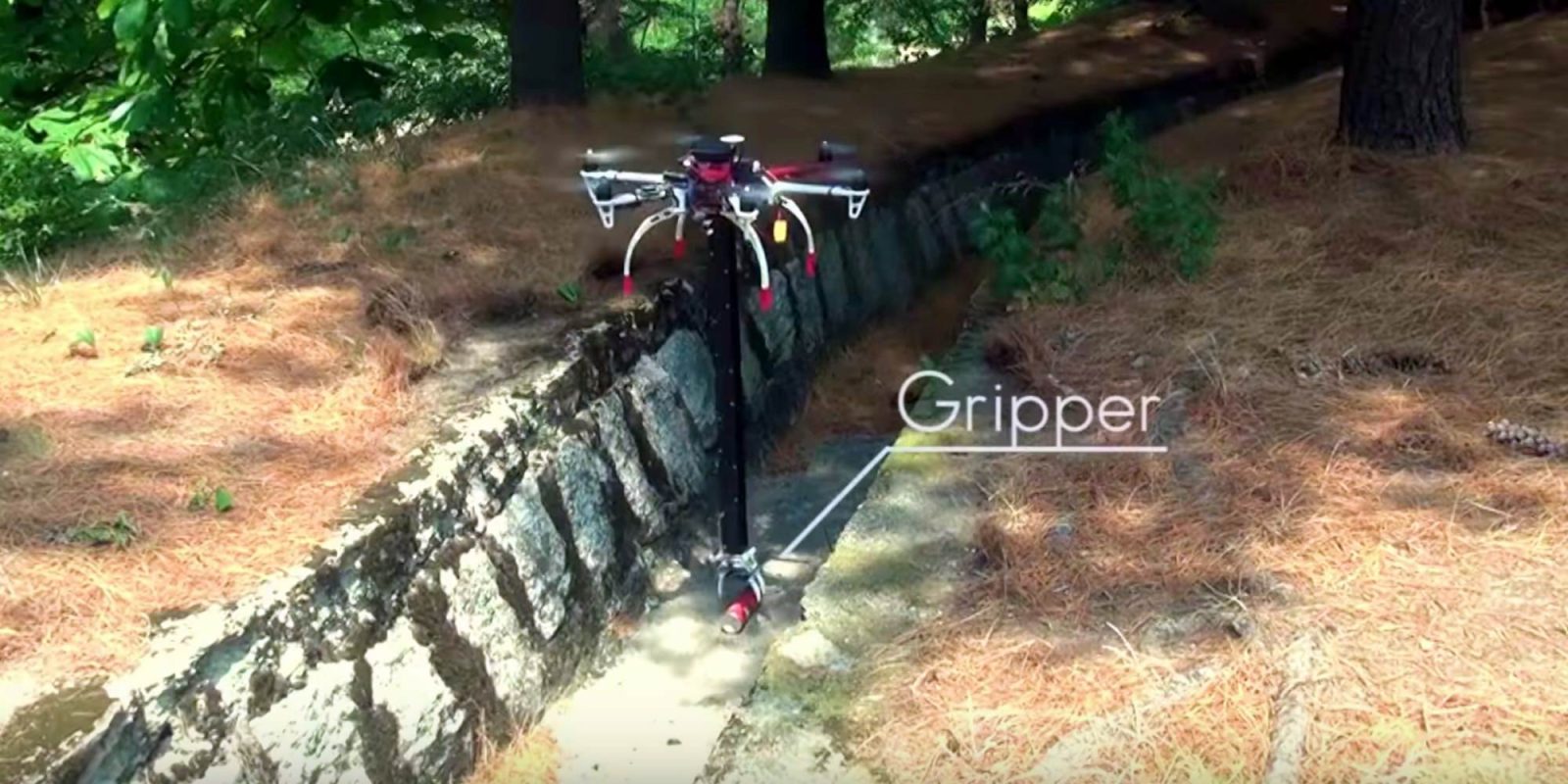 Drones are becoming more capable every day. Now, scientists have developed a drone with an extendable origami arm that can pick up objects in hard to reach places.

In a study that was published in Science Robotics, the workings of the origami arm are explained as follows, it is made of seven plastic actuators. These rectangular boxes are stacked on top of each other and when unfolded they extend to 27.5″. The arm folds almost completely flat and can easily be mounted underneath a drone and not cause any problems while flying.

An origami-inspired, self-locking robotic arm that can be folded flat

The origami arm can be equipped with a camera or as you can see in the video below with finger-like grippers so it can pick up an object. In an article from The Verge, study co-author Kyu Jin Cho, director of the Soft Robotics Research Center at Seoul National University said:

Folding, packaging of everyday things are everywhere. Why not for robots?

Foldable or ‘origami-like’ solutions are being used more and more in robotics with the combination of flexibility, lightweight materials and strength. The origami arm that is attached to the drone functions in an ingenious way.

The plastic actuators are unfolded by elastic bands that are mounted inside. Once they unfold or open up they create strong rectangular boxes, which when stacked, create this lightweight (roughly half a pound) arm-like construction. When the arm is folded or retracted it measures only 1.5 inches and thus can be easily mounted to a drone.

The arm allows the drone to reach places that are narrower than the drone itself, such as the ditch shown in the video. According to the study, the robotic origami arm can help scientists collect samples from crevices and other narrow hard to reach spaces. Other applications could include things like chimney or pipe inspections when the arm is equipped with a camera instead of the finger-like grippers.

What do you think about drones with origami arms? Do you see a use for them that the scientists may not have thought of yet? Let us know in the comments below.