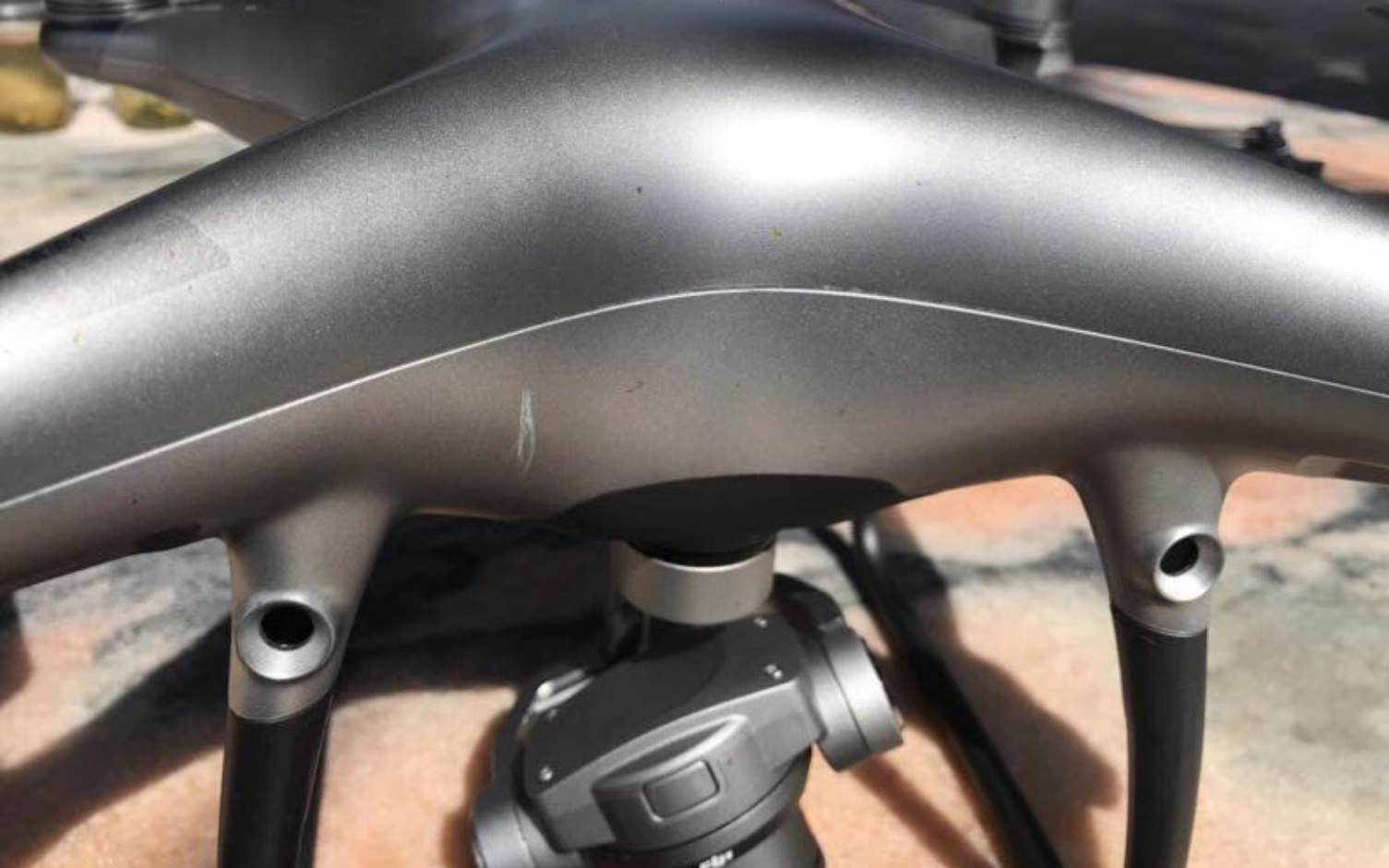 Talking about being back in the game! OsitaLV just tweeted a photo that may show the new DJI Phantom 5 drone. As was rumored before the unmanned aerial vehicle has an aluminum color. It is hard to say based on the photo whether this is plastic in an aluminum color or if it is the real thing. The photo does seem to show the interchangeable lens system we have seen before.

OsitaLV seems to be back in the game. Earlier today he showed us the first video of the DJI Master Wheels in action and now he just posted the first photo that shows the new DJI Phantom 5 drone in its entirety.

The drone is aluminum colored as was rumored earlier, but it is impossible to say if it is the real thing or just some sort of plastic in an aluminum color. The legs of the landing gear are black. It could be that the drone in the photo is still a prototype of the new DJI Phantom 5 or an early production unit.

If you look closely at the camera and gimbal you can see the line and lens release button, that indicate that this is, in fact, an interchangeable lens system. Unfortunately, we cannot see which lens is mounted on the camera. The new DJI Phantom 5 drone is rumored to come with four different focal lengths, 15mm, 24mm, 35mm, and 50mm.

Let's get a closer look, so called P5 pic.twitter.com/l8A2MfxD5C

Is that Phantom 5? I can see the lens detach buttom on the top of camera. pic.twitter.com/cwvrQdqcsd

Keep in mind that OsitaLV is not a leaker according to his own words AND he likes to play games. At the same time though, he seems very well connected to DJI or DJI employees. My advice is, take it all with a grain of salt, but we have a feeling he may be on to something here.

What do you think about the Phantom 5? Are you excited about the interchangable lens system? Let us know in the comments below.