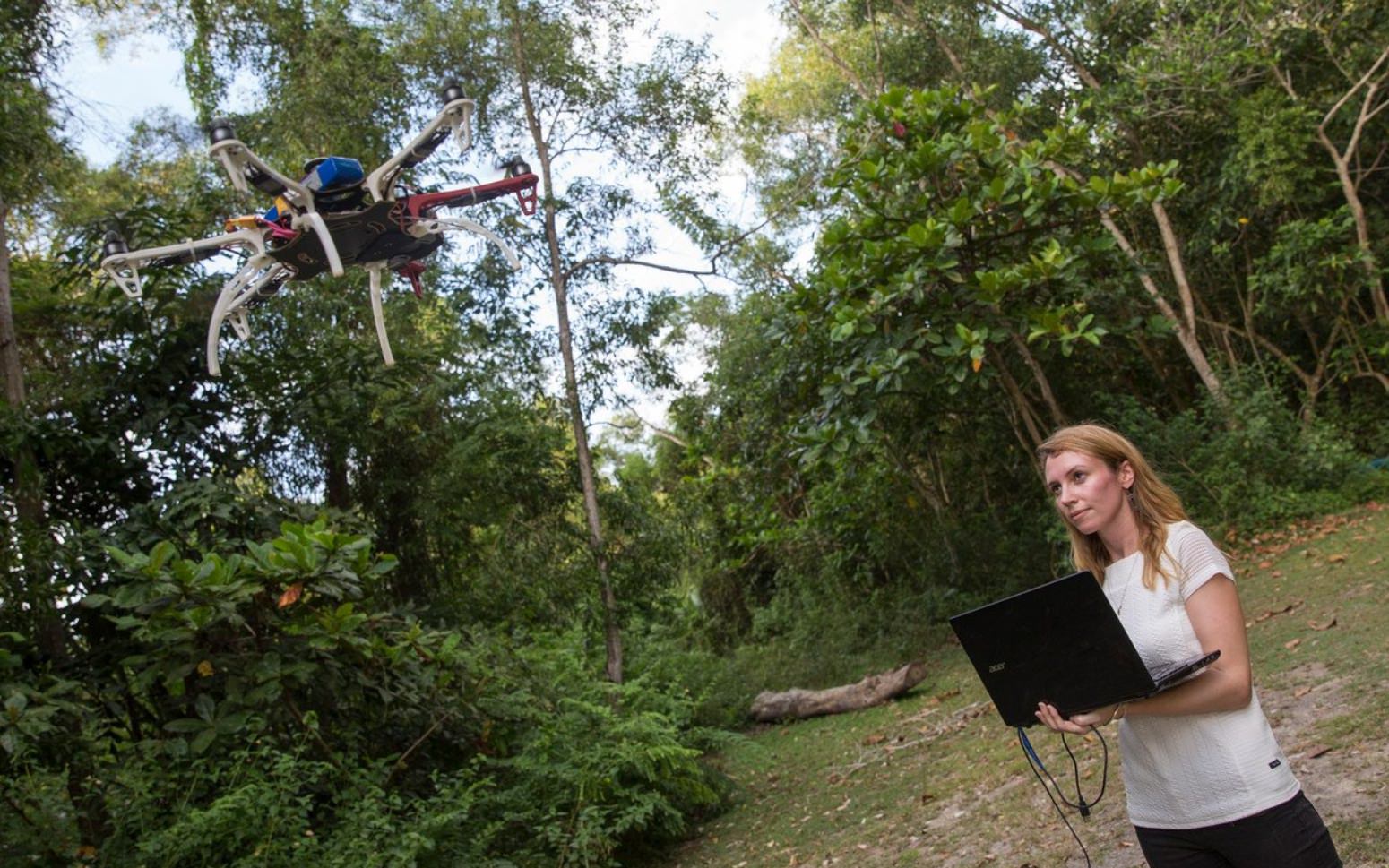 Drones are being used to monitor deforestation and to track malaria-carrying macaque monkeys deep in the Malaysian forests. Especially in Borneo, there has been a surge in the deadly ‘monkey malaria’, with the disease accounting for 69% of all the human malaria cases in Malaysia. With the help of drones outfitted with infrared cameras, researchers of the Monkey Bar Project are able to better track the monkeys through the forest and ultimately slow down the spreading of the disease.

The deadly monkey malaria has been spreading sharply among humans, bringing up the number of cases from 376 in 2008 to 1,604 in 2016. The disease, which is often misdiagnosed as a mild form of Malaria now accounts for 69% of all human malaria cases in Malaysia. It has a high fatality rate, eight people died in 2016, due to the rapid replication cycle of the parasite Plasmodium knowlesi. 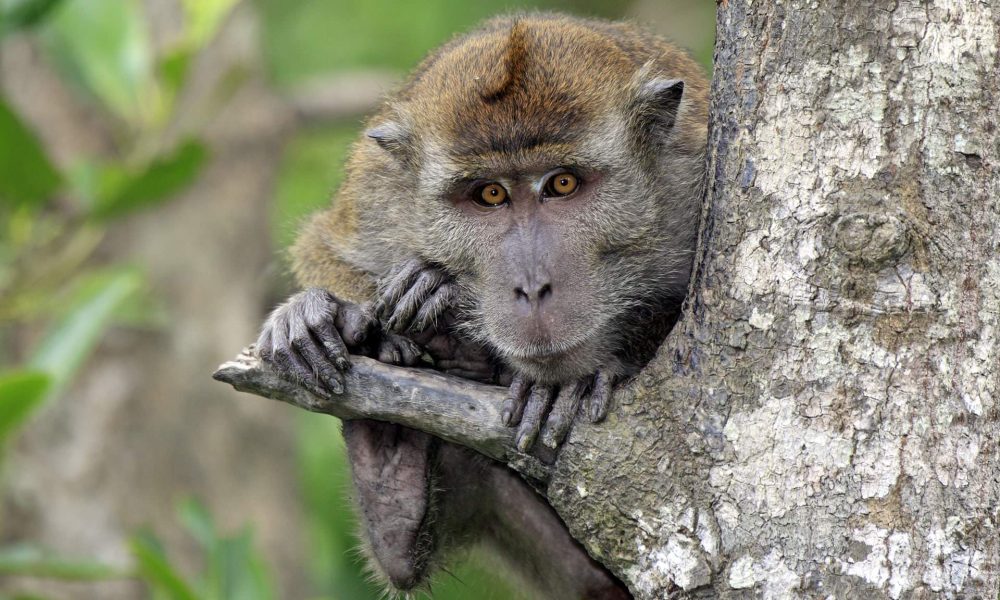 From the London School of Hygiene and Tropical Medicine, a team of scientists started a drone-based research program called the ‘Monkey Bar Project‘. The project aims to observe the way the disease spreads and ultimately reduce the number of human cases.

“This unusual form of malaria was previously only found in the macaque population and was very rare, but the number of cases has been increasing and it appears people are at risk when coming into contact with the monkeys,” said Cally Roper, professor in malaria genetics in an article in The Guardian.

Studies have shown that deforestation is strongly correlated to the number of humans infected with the disease. In areas where substantial parts of the forest had been cleared in the past five years, the number of humans cases of monkey malaria was 1.5 to 3 times higher. The explanation is that deforestation reduces the habitat of the macaque population and forces the monkeys to live closer to humans, thus increasing the chance of humans getting infected.

The drones are used to create detailed maps, built up from hi-res aerial photos, “to monitor changes in the landscape like the clearing of forests for agriculture, where there is primary or secondary forest or plantations,” said Roper. A £10,000 fixed-wing drone can provide the required images in about 40 minutes, which are then stitched together with the help of special software. These images provide higher resolution area maps for less money than what was previously achieved with satellite images.

The Monkey Bar Project has been using drones since 2013 to create these aerial maps. More recently though the team has turned to drones outfitted with infrared or thermal cameras to track the monkeys through the forest. Kimberly Fornace, a researcher on the team and who has been monitoring the deforestation in Borneo’s northern Sabah region, said to The Guardian:

“We are still optimizing the process but the hope is to have a rapid way of estimating how many monkeys are in a particular area without having to wander around the jungle at night looking for them.” 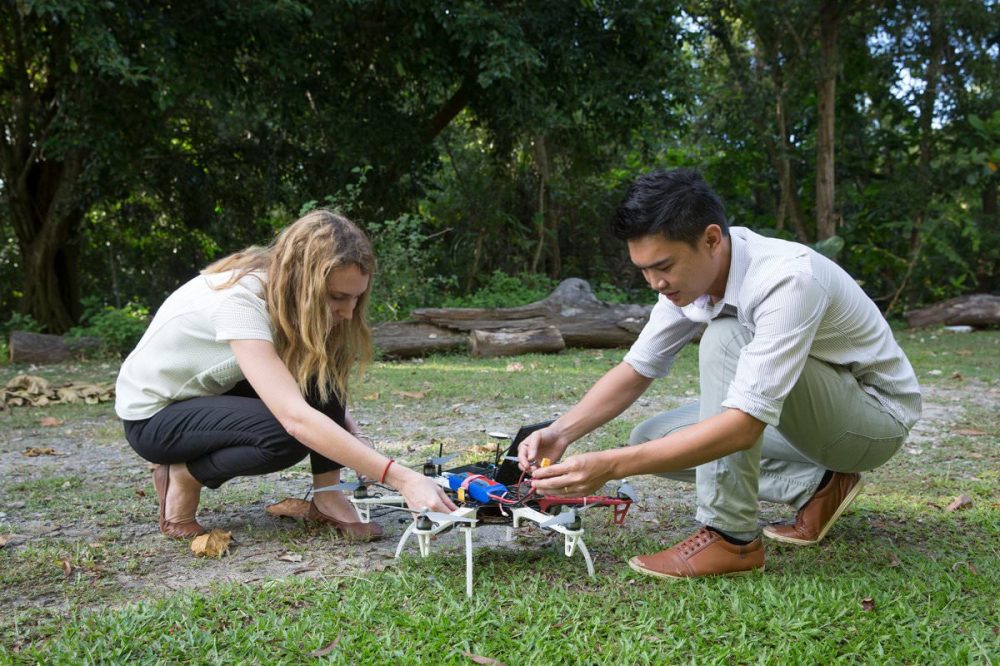 The majority of the macaques test positive for Plasmodium knowlesi, however, unlike humans the monkeys do not seem to be affected by the parasite. The drone-based research tracks the movement of the monkeys in the forest and helps experts to predict where the next outbreak may take place. This allows public health officials to be more pro-active with malaria prevention methods such as using insecticide sprays and distributing bed nets.

Malaysia is not the only place where drones are being used to either track animals or fight malaria. Other examples are: