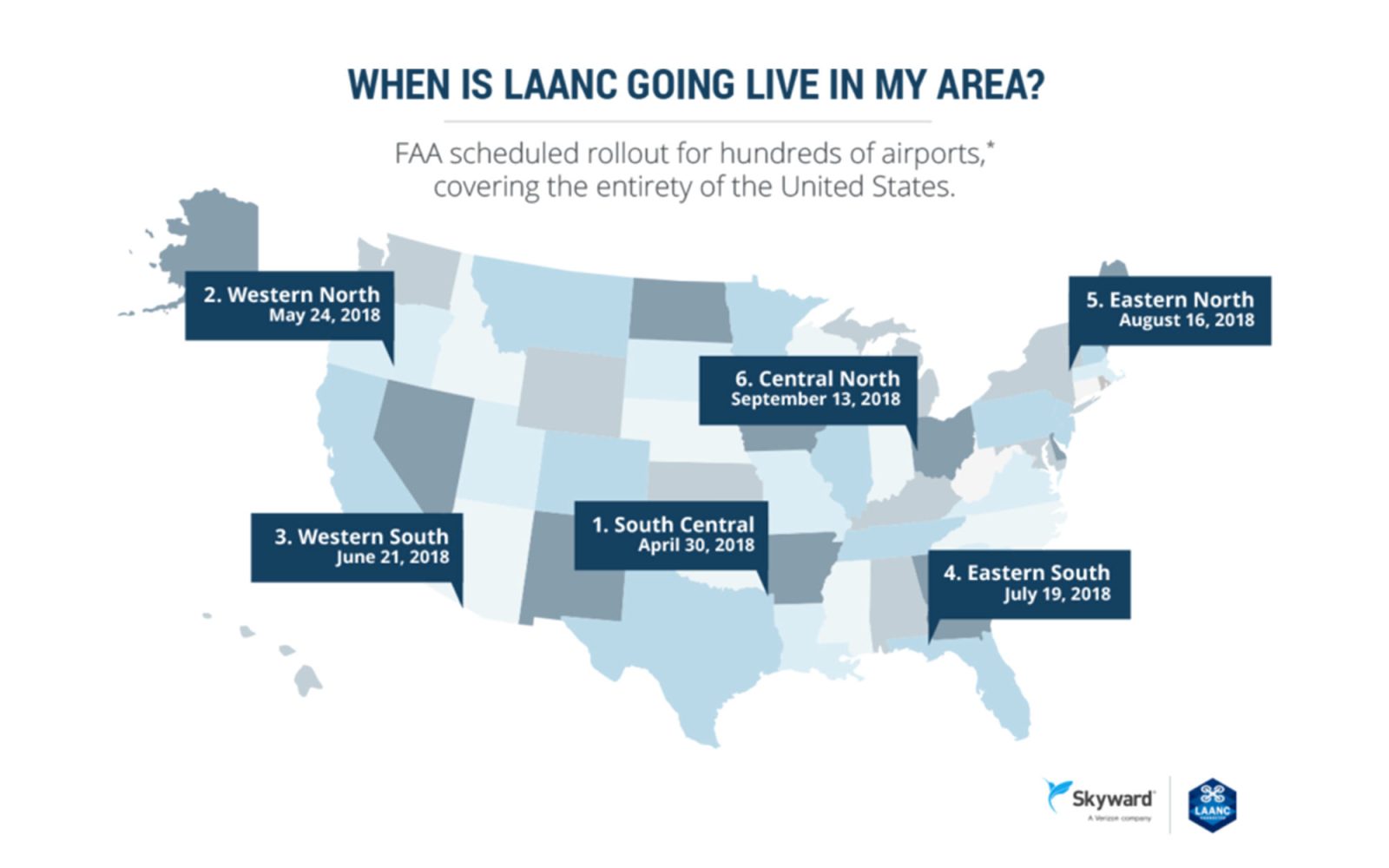 The Federal Aviation Administration (FAA) had already announced it early in March, but yesterday marked the official start of the expansion of the Low Altitude Authorization and Notification Capability (LAANC). The system will be deployed at nearly 300 air traffic facilities covering approximately 500 airports and is expected to be finished in September.

The FAA has had a hard time keeping up with the large number requests from commercial drone operators to receive waivers to fly their unmanned aerial aircraft under Part 107 in controlled airspace, beyond line-of-sight, at night or over crowds. It takes weeks if not months for drone pilots to receive an answer from the government agency and in many cases, the requests are being denied.

The rollout of the LAANC system to 300 air traffic facilities, including about 500 airports will not address the entire situation, but it will offer commercial pilots near real-time authorization to fly their drones in controlled airspace near airports. The rollout will take place incrementally and is expected to be completed mid-September. The expansion of the system follows the successful evaluation last November.

Yesterday on Twitter, Dan Elwell, the Acting Administrator of the Federal Aviation Administration (FAA), announced that the agency is launching a nationwide LAANC beta test to begin today that will speed authorizations for commercial drone operators to access U.S. airspace.

On their website, the FAA has compiled a list of the 300 facilities that will be included in the LAANC rollout. 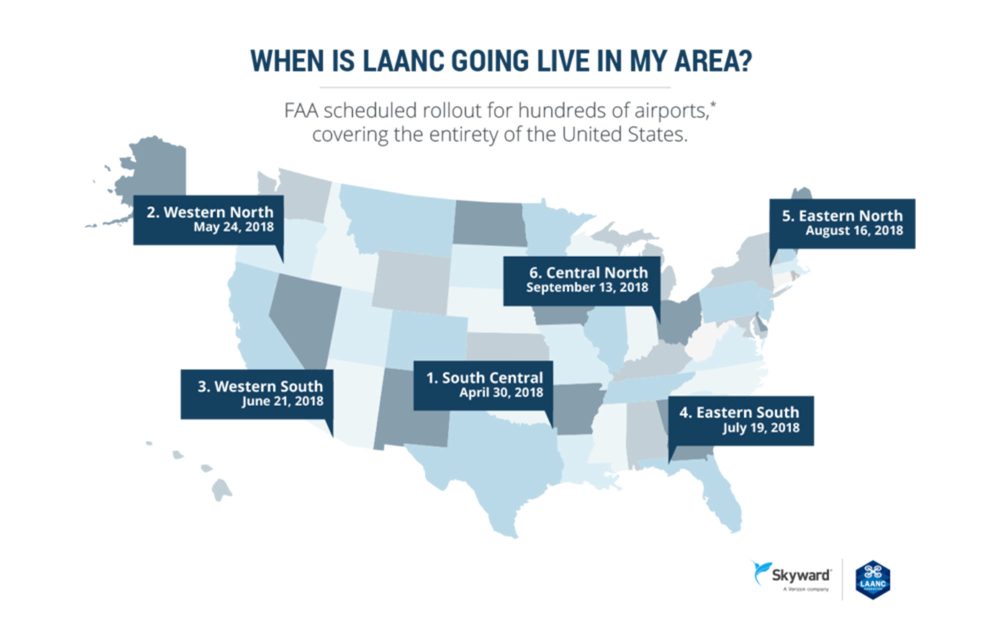 The large-scale rollout of the LAANC system is a key step in the safe integration of drone into the national airspace. The system will provide near real-time airspace authorizations to commercial drone pilots,  dramatically reducing the wait time compared to the existing manual authorization process. According to the FAA website, LAANC uses: “airspace data provided through temporary flight restrictions, NOTAMS and UAS facility maps that show the maximum altitude ceiling around airports where the FAA may authorize operations under Part 107.”

Our government and our legal system oftentimes play catch up with developments in the real world and it is no different when it comes to drones. The rapid adoption of unmanned aerial vehicles by both hobbyist and commercial drone pilots seems to have taken the FAA by surprise. In reaction to this, the government agency has urged industry partners and experts to proactively work together to develop and deploy LAANC applications, to help set a standard for safe and efficient unmanned traffic management system. The agency deems this an “important step in developing the Unmanned Aircraft Systems Traffic Management System (UTM).”

Currently, LAANC is made available to drone operators through companies such as Skyward and Airmap. Other parties interested in offering LAANC services can apply on the FAA website until May 16.