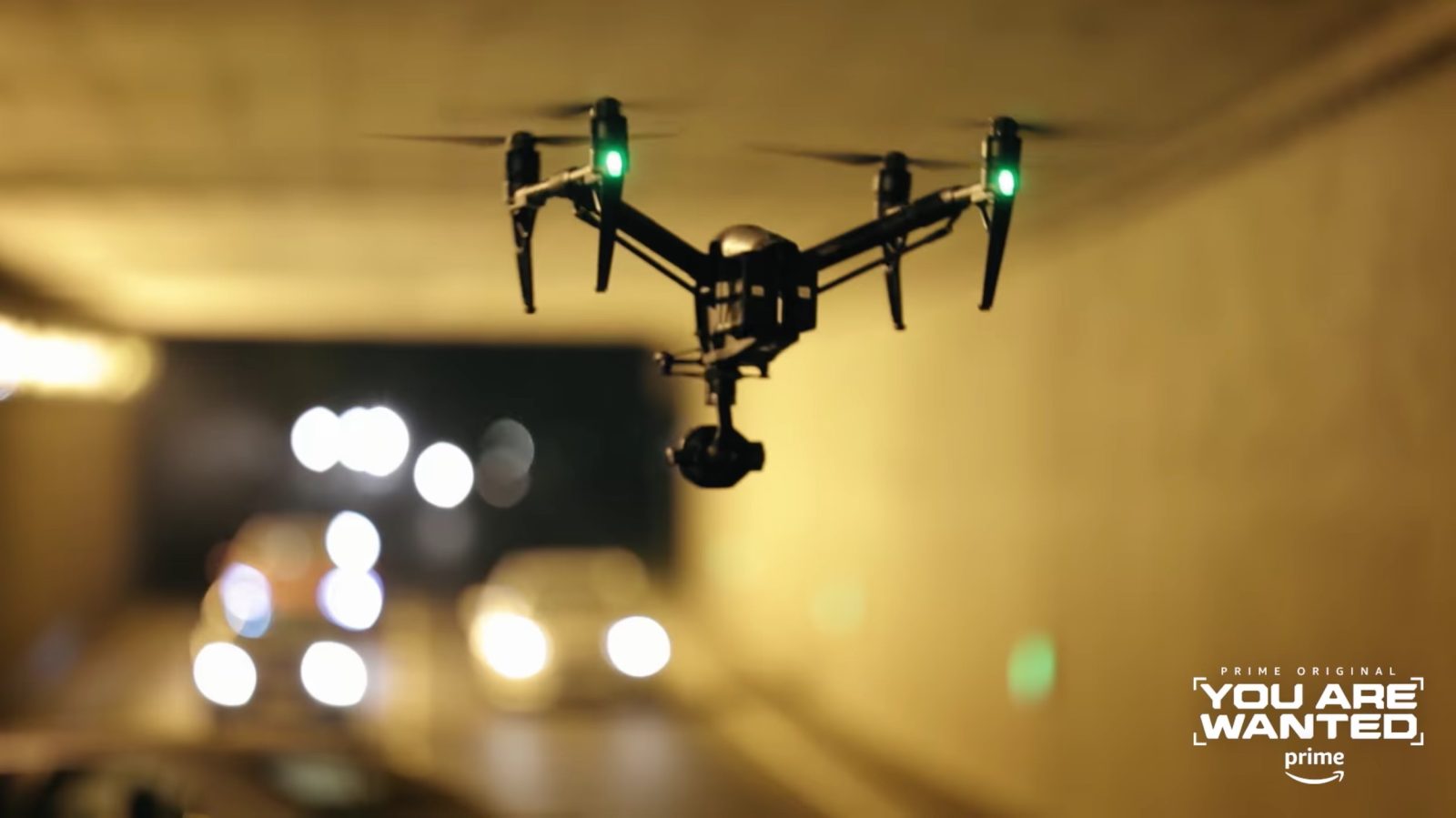 Earlier today DJI posted a video on YouTube that shows you the ‘behind-the-scenes’ of the Amazon Prime Original series “You Are Wanted” and how DJI’s technology is used. The crew uses the DJI Inspire 2 drone with a Zenmuse X7 camera and the DJI Ronin 2 camera gimbal to achieve creative and surprising shots that otherwise would have been much more difficult to capture. The video is in German but if you activate the English subtitles it will be quite easy to follow.

“You Are Wanted” is a German thriller television series by and with Matthias Schweighöfer and the first German in-house production of the streaming provider Amazon Video.

The full first season was released on March 17, 2017. This story is about hotel manager and family man Lukas Franke whose digital life is hacked by an unknown person causing his real life to spiral out of control. 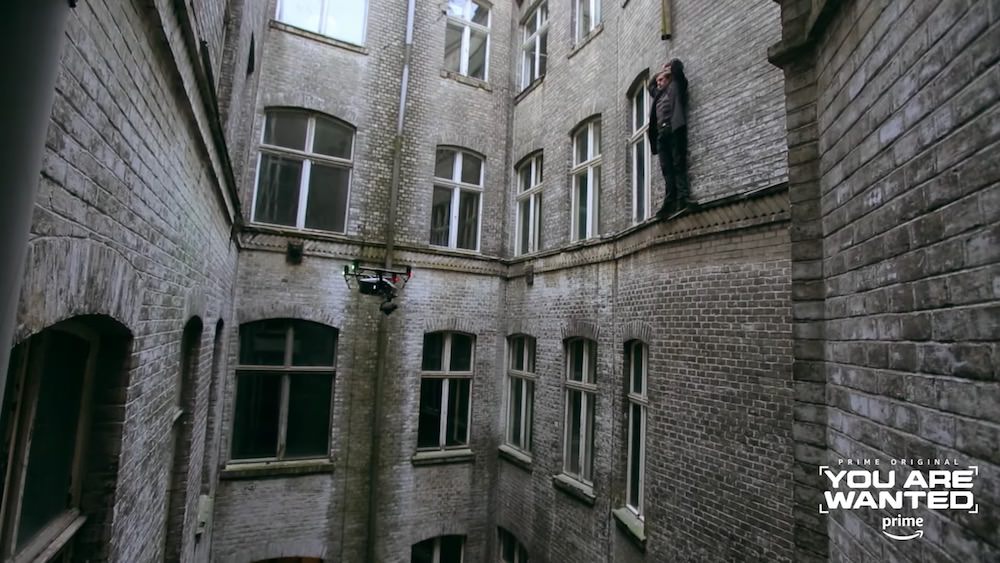 Director Bernard Jasper says about the second season, which will air today:

“The challenge in the second season was to work as efficiently as possible. In terms of cinematography, the goal was to be as dynamic as possible and to create as many cool shots as possible. Obviously, I was looking for new tools on the market which also delivered the quality and high standards that we needed for this project. I decided to use a drone throughout the entire production. The advantage of working with a drone is obvious. You can fly quickly up and down and get brilliant shots. Whereas, it would have taken hours to set up a cable camera or a crane. Drone technology opens up a whole new range of possibilities of how we can work on a set.”

Drone operator Lukas Schuler had this to say about his experience of flying the DJI Inspire 2 drone with the Zenmuse X7 camera:

“It is amazing how extremely small and lightweight the camera is that’s attached underneath the drone. It has a 35-millimeter sensor and delivers quality comparable to a big cinema camera. The use of drones has definitely increased and we’re not only using them for traditional wide shots, which traditionally you would have done with a helicopter. But we’re also increasingly capturing shots that look like they were shot from a cable cam or Steadicam. Drones are far more flexible, easier and faster to use.” 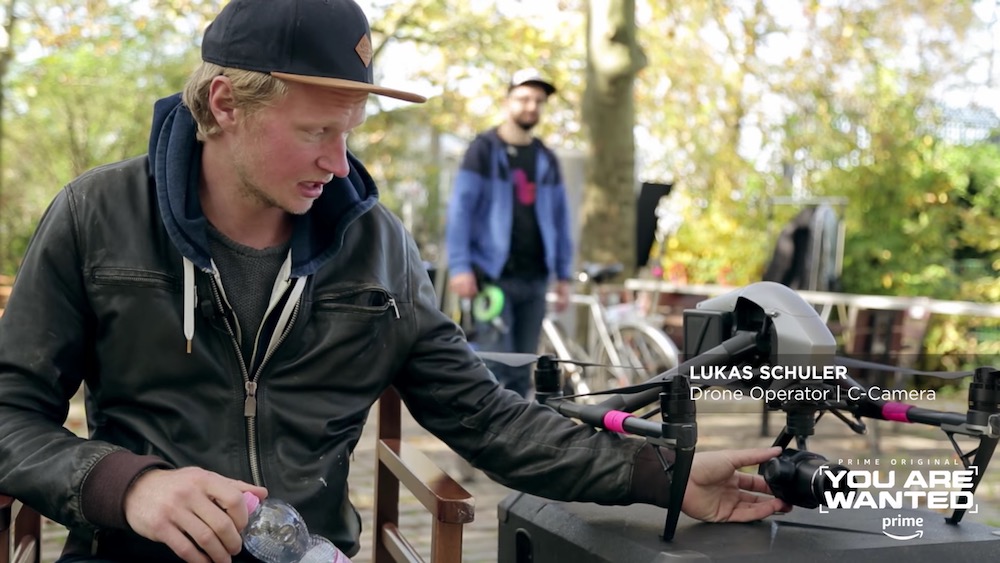 Jasper continues to say that:

“My favorite drone shot is from episode 2 when Thomas goes to Nelly. We are flying through an array of balconies and the footage does not look like a typical aerial shot at all, because it’s all done in a very tight space. These are shots where you usually think, wow, I would have had to do something really complicated with lines, which we would then have to remove in post-production. However, achieving a similar effect with the drone was actually very easy.”

“For the car sequence in the tunnel, we also used the drone to capture incredible shots flying next to an above the cars. It was also very nice to use the DJI Ronin 2 this year and to not be limited by which camera was used or how it was used. This enabled us to be more flexible in our choice of cameras.”

“In season 2, the audience can definitely look forward to an emotional rollercoaster. It really gets to the heart of the Franke family.”

Actor, director, and producer, Matthias Schweighöfer ends the ‘behind-the-scenes’ with:

“It’s good entertainment which provides you with food for thought That’s genuine but at the same time a bit like a fairy tale as well.”

The second season of “You Are Wanted” will be shown exclusively on Amazon Prime Video in more than 200 countries and territories starting 18 May 2018.

What do you think about using drones to capture the more traditional cinematic shots that used to be captured with dolly’s, cranes, etc? Let us know in the comments below.