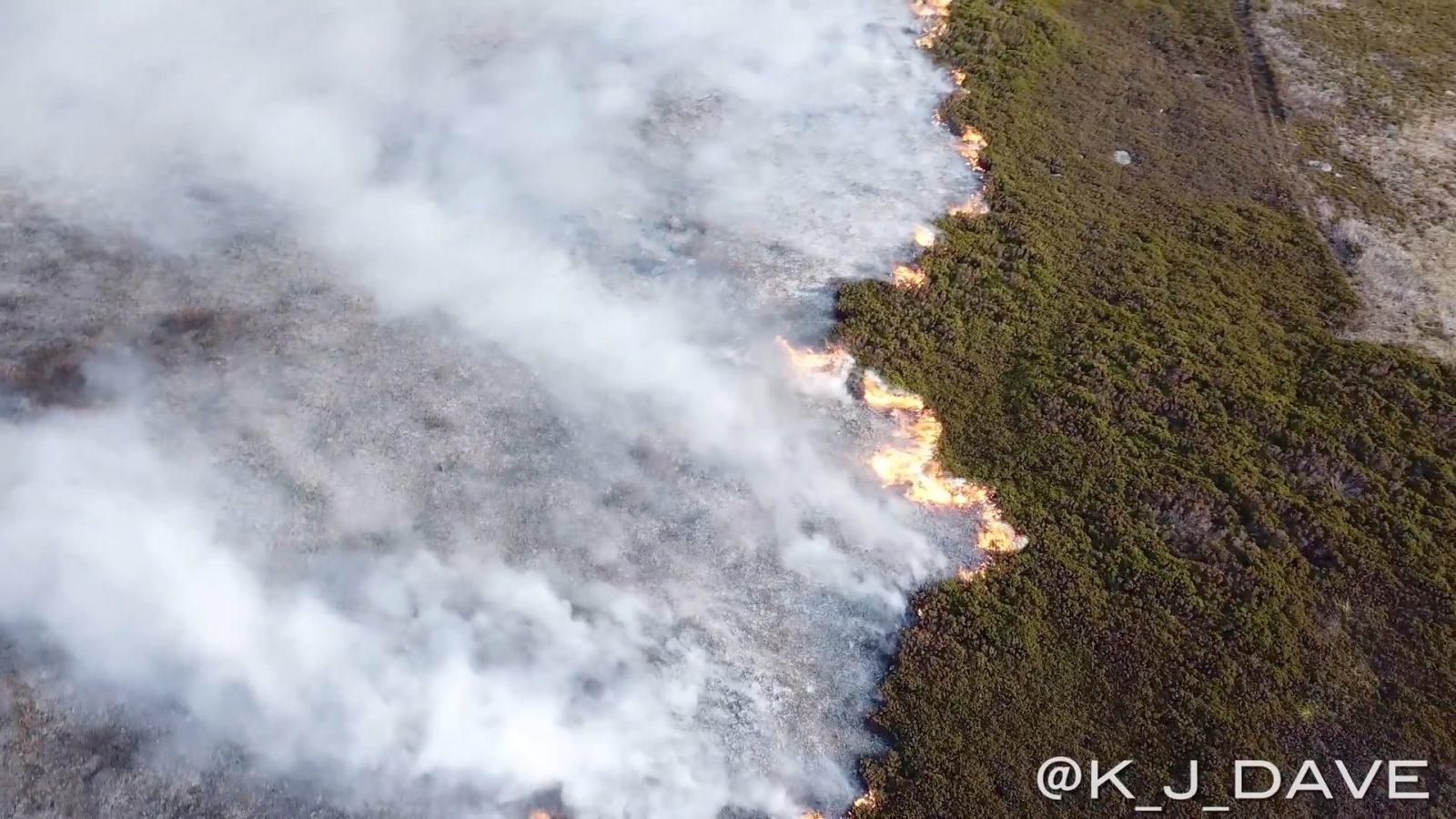 A drone flying above Saddleworth Moor in North West England captured a devastating fire that caused more than 50 families to evacuate their homes. The destruction currently spans over 7 square miles (18km) with the active blaze only stretching 2.5 miles (4km). It was originally under control as of Monday but reignited on Thursday due to the high winds.

The drone video that surfaced on Thursday showed a compilation of clips taken from high altitudes of the current flames and the previous destruction of the surrounding area. Greater Manchester Fire is currently tasked with putting out the blaze with the help of Scottish soldiers from the 100-strong A Company of the 4th Battalion, Royal Regiment of Scotland. These men are using tools to beat the fire, but also seek the help of equipment like firetrucks and even helicopters. This poses the question of why this man was flying his drone. Although the video is great for data collection to see the damage, interfering with emergency response efforts with a drone should never be done unless given explicit consent.

Earlier this week a helicopter fighting the wildfire in Santee California was forced to land as a drone was spotted flying through the airspace. Representatives of Cal Fire tweeted prior to the incident claiming the operator would be prosecuted. You can read that article here.

According to The Independent, the fire has caused more than 150 people to relocate. Major Phil Morgan who is in charge of the situation has given an update on how long he thinks his men will be tending to the flames:

“We have not seen any indication of any rain coming in the next couple of days/weeks, so we can see this being prolonged for days if not weeks. It is dependent on a downpour of rain – and it would have to be a significant downpour of rain because it is so dry it would be absorbed very, very quickly,”

Weather is not the only factor, smoke billowing from the blaze is affecting nearby individuals with asthma and has clouded the entire area making visibility low.

The weather is not in favor of the teams doing the best they can to vanquish the fire. High winds continue to spread the flames and with no rain in the forecast, it is not certain when families can return to their homes.