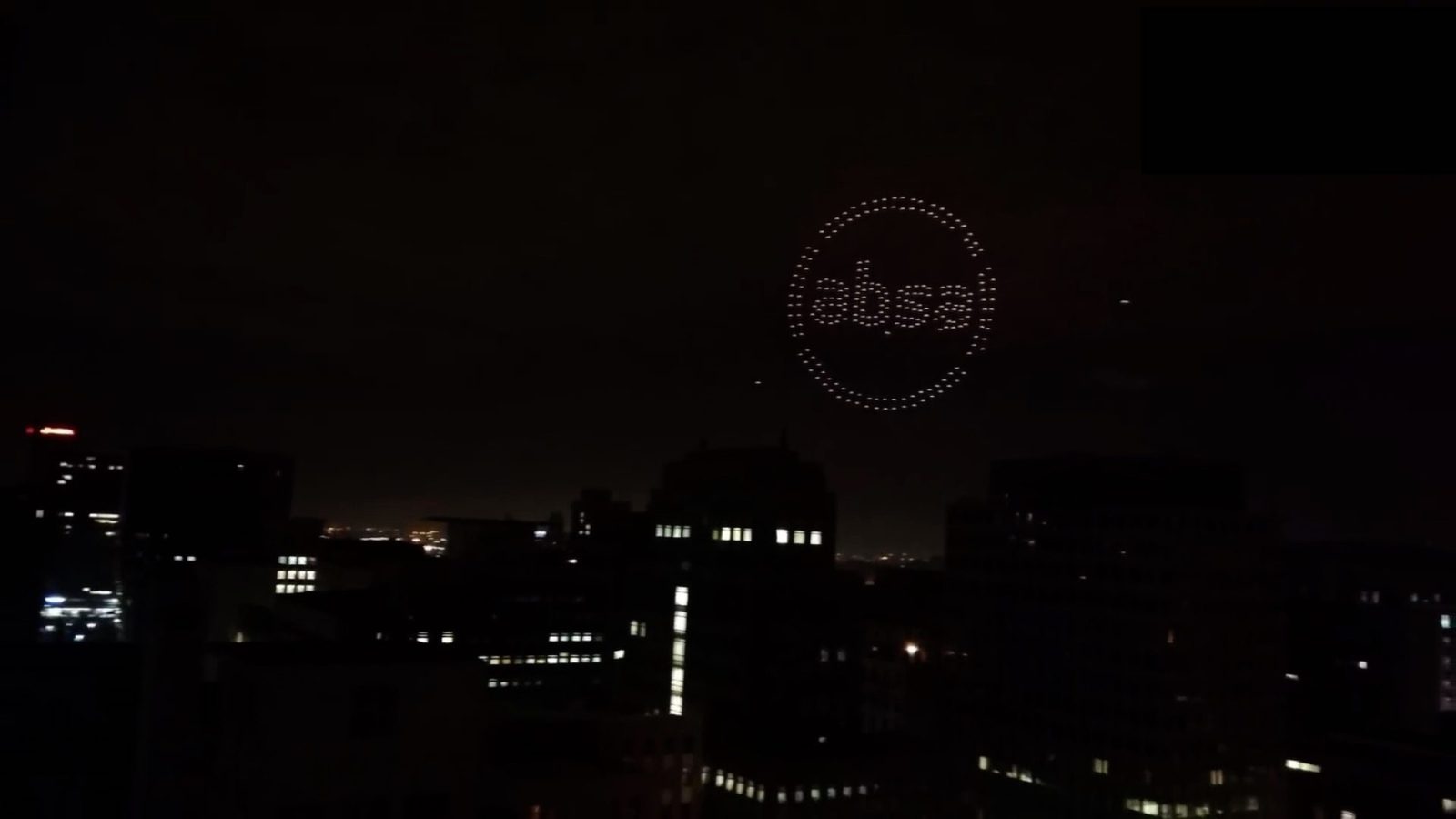 Drones light shows are nothing new, we have seen them popping up at different events since Lady Gaga’s halftime performance at Super Bowl LI when synchronized drones took to the sky for a light show. The technology company behind these drone performances is Intel, and just the other day ABSA Bank rehearsed a small show above the Johannesburg skyline.

ABSA bank is currently going through a rebrand and in this reversal displayed their new logo for everyone to see just above their headquarters. The Intel drones being used took to the sky and came together to form the logo that rotated 360 degrees, which is impressive. Instead of a stagnant logo, the drones flew autonomously to add motion, adding to the entertainment of the show.

After the event, ABSA announced that this was just a rehearsal for an even bigger light show coming on the 7th of November. This will take place in the Central Business District of Johannesburg and proves to be Africa’s first light show using drones.

How these light up drones work

Although they haven’t made as much noise in the drone industry as DJI, Intel has been developing professional applications for drones of all types. Their smaller crafts like the light up drones have performed countless shows while the Falcon 8+ system and the Sirius Pro Fixed Wing Drone are ideal options for surveying purposes.

Each individual show poses new problems for the Intel engineers to overcome. For example, typical shows for the team consisted of using around 300 drones. In the opening ceremony of the Pyeongchang Olympic Games, 1200 drones were used. The number of drones, wind and low temperatures posed major problems for the drone light show team.

According to Intel’s website, the Shooting Star drone developed by Intel is the only of its kind. It uses GPS to fly on a programmed flight path autonomously, a barometer for pressure sensing, and incredible software behind the operation to bring life to each drone. It gives the team the power to customize the lights on the lightweight craft and the design they create together in the air.

Light up drone shows provide an eco-friendly option to fireworks as they are quieter and produce no waste. With this being said, they aren’t a direct replacement of fireworks. People love a good show with loud bangs and quick bright sparkles in the sky giving fireworks their own spectacle while drones are used for more precise designs in the sky. This technology has a long way to go, but its current state is showing promising results in recent applications.

Intel’s drones have been used at the biggest events in the world from the Super Bowl to the Olympic Games to the cover of TIME. This has increased their popularity and boosted their reputation despite negative stigmas on drones. Head over to Intel’s site to view some more of the shows they have performed with autonomous drones.

What do you think about these light up drones powered by Intel? Let us know in the comments below.