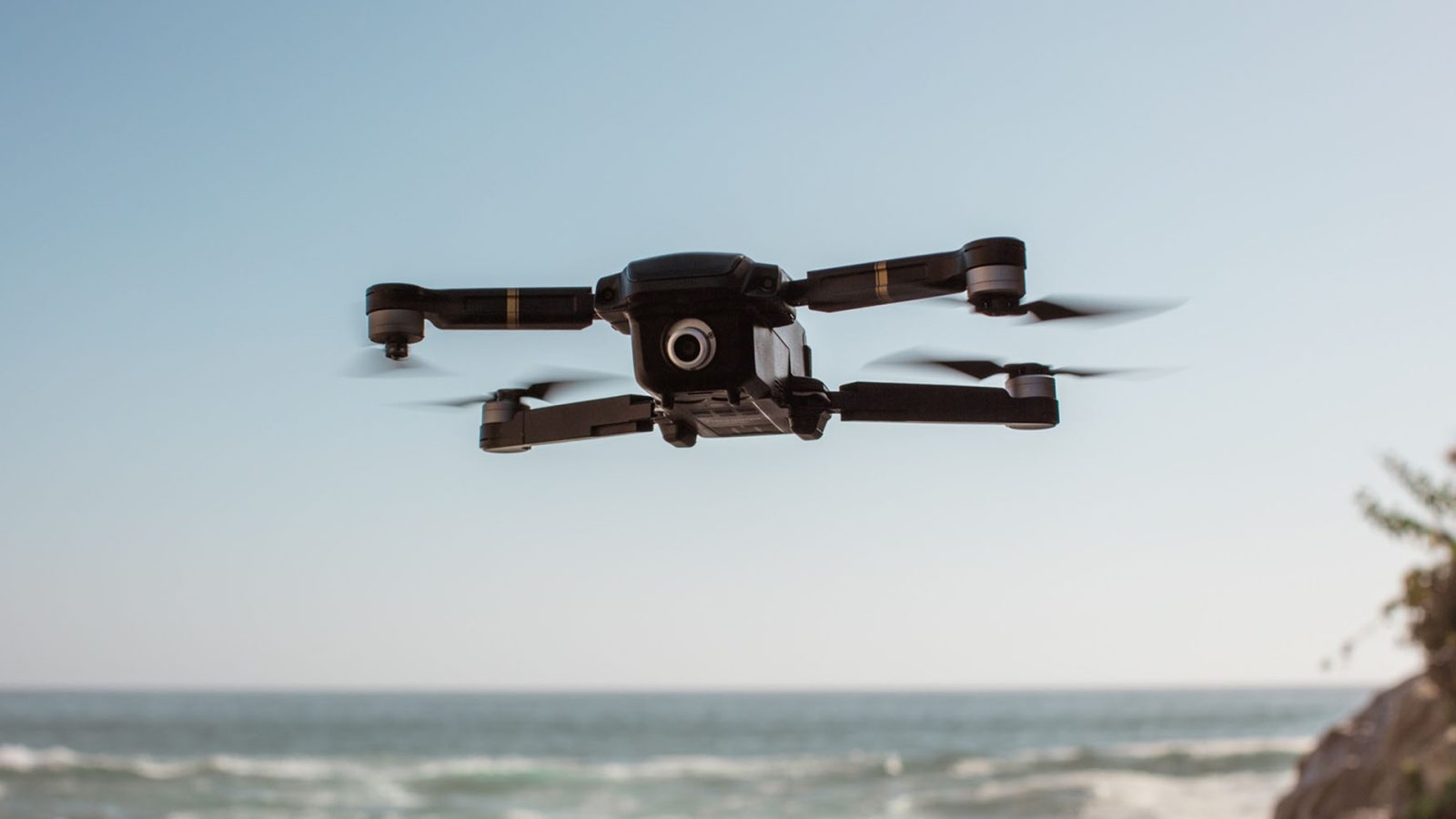 The Mystic drone developed by Airlango is the new Mavic clone on the block but has two eye-catching downward facing motors in the front and one stand out feature that separates it from the pack. Powered by AI, this drone has different intelligent flight modes that allow the Mystic to fly autonomously.

How does AI work in the Mystic?

Through artificial intelligence the Mystic drone comes with 5 different autonomous flight modes: 3D tracking, intelli-gesture, template photo, template video, and safari. Some of these features might sound familiar to you from DJI’s intelligent flight modes, but features a few that are very unique.

This flight mode allows the drone to follow the subject autonomously while avoiding obstacles using “cutting-edge motion intelligence” as stated on the Mystic Kickstarter page. The 3D camera on the drone collects stereoscopic data and depth information to create a detailed map of the environment.

By interacting with the drone through gestures, you can command it to fly in certain directions and take photos of you in the air. All of this is done without needing to use your phone as a controller.

Using intelligent framing, the Mystic will position itself to take a “pleasing” photo that fits all subjects into the frame.

This feature contains three different predefined cinematic movements: surround which flies a circle around the subject, side view which follows the subject horizontally, and panorama which takes a 360 photo.

This mode is what Airlango hopes will separate its drone from the rest on the market. Safari allows the user to map out an area they want the drone to explore. Within this area, the drone will determine interesting objects by recognizing things like people, pets, and vehicles and then will take the photos for you. 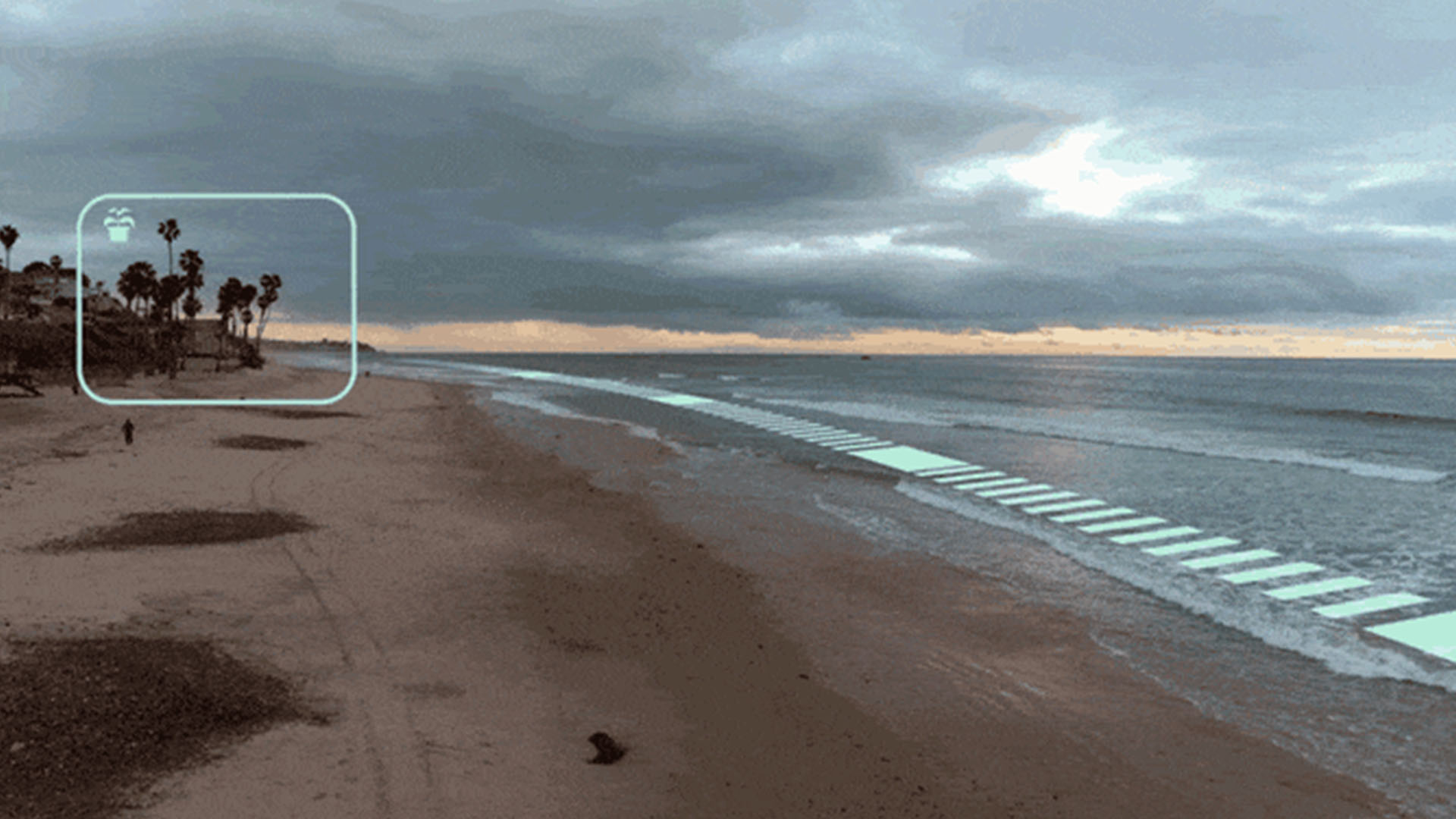 The Mystic drone boasts some impressive specs like a 4k camera and 30 minutes of flight time but is severely limited by the lack of a remote controller. To control the drone you use a mobile device, the lack of a tactile option for flying the drone like a traditional remote will make flying this drone a pain. The range is also limited to 650 feet (200m) although Airlango a flight extender with lengthens the range to 2,600 feet (800m).

More on that 4k camera; the camera is stabilized by a single axis gimbal opposed to other competitors that offer at least a 2-axis gimbal for smooth video and clear pictures. This 1-axis gimbal leads to video that is shaky, tilted, and hard to watch from what we have seen in tests.

Like many of the other Mavic clones that still come out almost two years after its release, this one doesn’t bring anything new to the table that makes it a compelling buy over others on the market. The AI software in the drone is a great idea, but the Safari flight feature seems poorly executed from early tests that show bland photos of things you might not even want.

Our advice to you is save your money and see what DJI comes out with, in the coming months. Leaked photos have been surfacing online that show a promising drone that comes in different variations.

What do you think about this Mystic drone from Kickstarter? Let us know in the comments below.