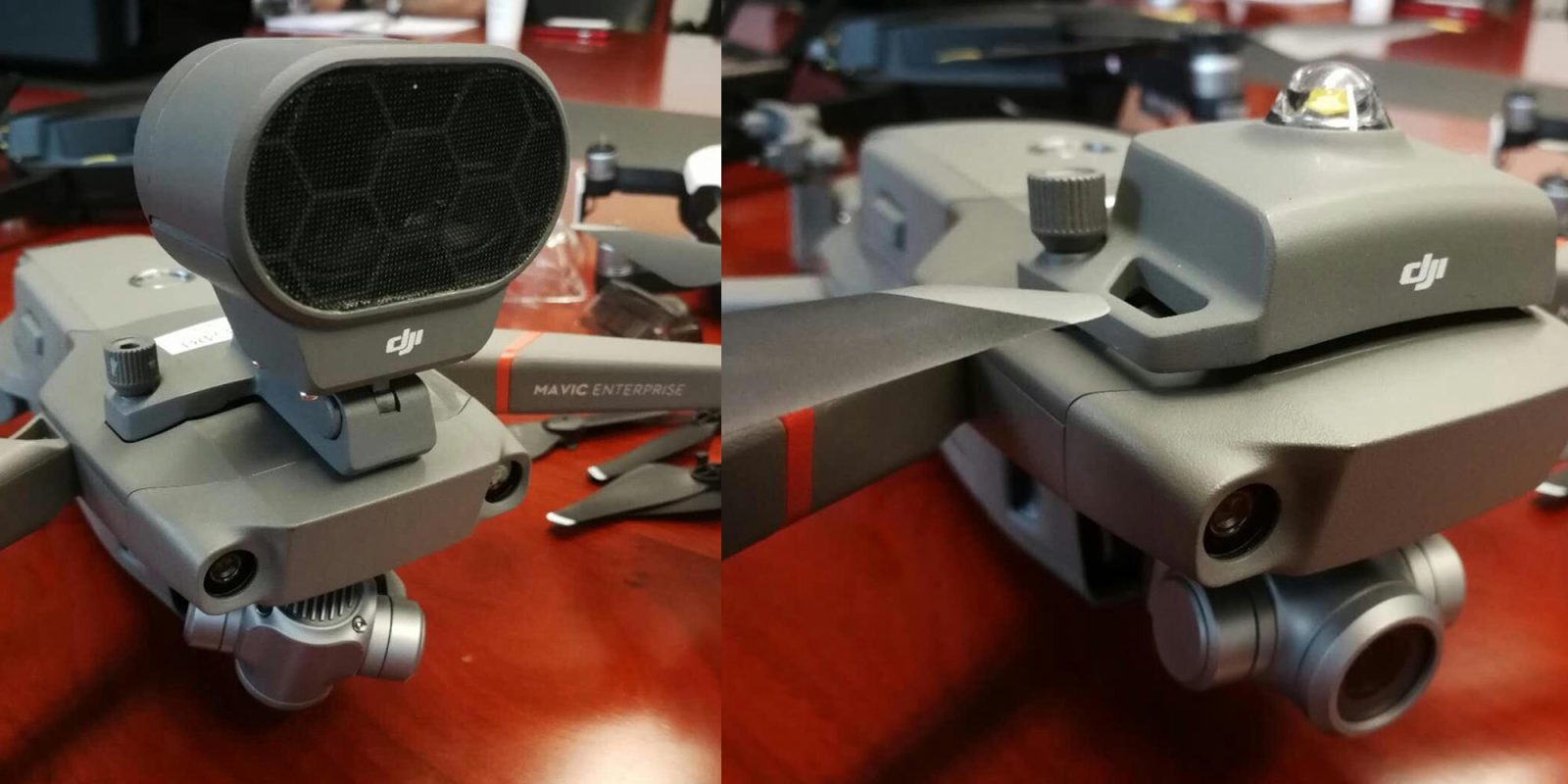 Only minutes ago new photos surfaced online, showing the new DJI Mavic 2 ‘Enterprise’ edition. In a previously leaked photo, we already got the impression that the new Mavic 2 would allow for interchangeable gimbal/camera options, but the ‘Enterprise’ edition seems to take that flexibility to a whole new level. It makes sense for DJI to use the compact foldable Mavic platform and allow for different payloads to be mounted. The new photos also show parts of the drone we have not yet seen before.

The photos seem to show a new version of the Mavic 2, that we recently reported on here on DroneDJ, called the Mavic ‘Enterprise’ edition. In the first photo we saw of this new drone, it already seemed that it would have some kind of interchangeable gimbal/camera system. It now seems that DJI has taken this approach to a whole new level with the unofficial introduction of the Mavic ‘Enterprise’ series. Considering that DJI started making a big push into the commercial drone market, it would make a lot of sense to introduce an adjustable and customizable Mavic 2.

The first photo shows the Mavic Enterprise drone with what seems to be some kind of loudspeaker, which might be useful in situations like this one, but I might be off here. The second photo shows the drone with a sensor attached to it. Let us know in the comments below if you know what these two devices are.

The Mavic ‘Enterprise’ allows you to easily mount different sensors or instruments to the drone with a bolt that can be tightened by hand. It would make sense for DJI to open up their small and compact Mavic drone platform for different applications and it seems that the world’s largest drone manufacturer has done just that with the introduction of the successor to the Mavic Pro.

Furthermore, these two new photos show us a different angle of the Mavic 2 drone. Apart from the instruments that are mounted on the drone, the first thing that stands out is the different gimbal/camera. Contrary to the photo we showed last week, this Mavic is outfitted with a camera that shows a circular lens whereas the earlier photo showed a rectangular lens. Of course, the type of housing of the camera/gimbal doesn’t necessarily tell you anything about the actual lens inside.

The new photo also shows ut the ‘air-intake’ opening on the side of the drone. On the top of the battery we see an on/off button (maybe @OsitaLV was right after all?) but possibly no LED battery status indicator lights. Unfortunately, we still do not get to see the rear legs in their entirety, although the rounded end of the leg towards the body of the drone suggests a similar twist and turn folding mechanism as with the current Mavic Pro. Lastly, the forward left leg shows the name of the drone, the Mavic Enterprise.

When you look at the background of the photo, we a white DJI Mavic Air on the right-side as well as another mysterious black drone on the left. It is hard to be entirely sure, but might that be a (matte) black Mavic 2? I really do hope so. That would look so good! Let us know in the poll below if you’d prefer a black or a grey Mavic 2. 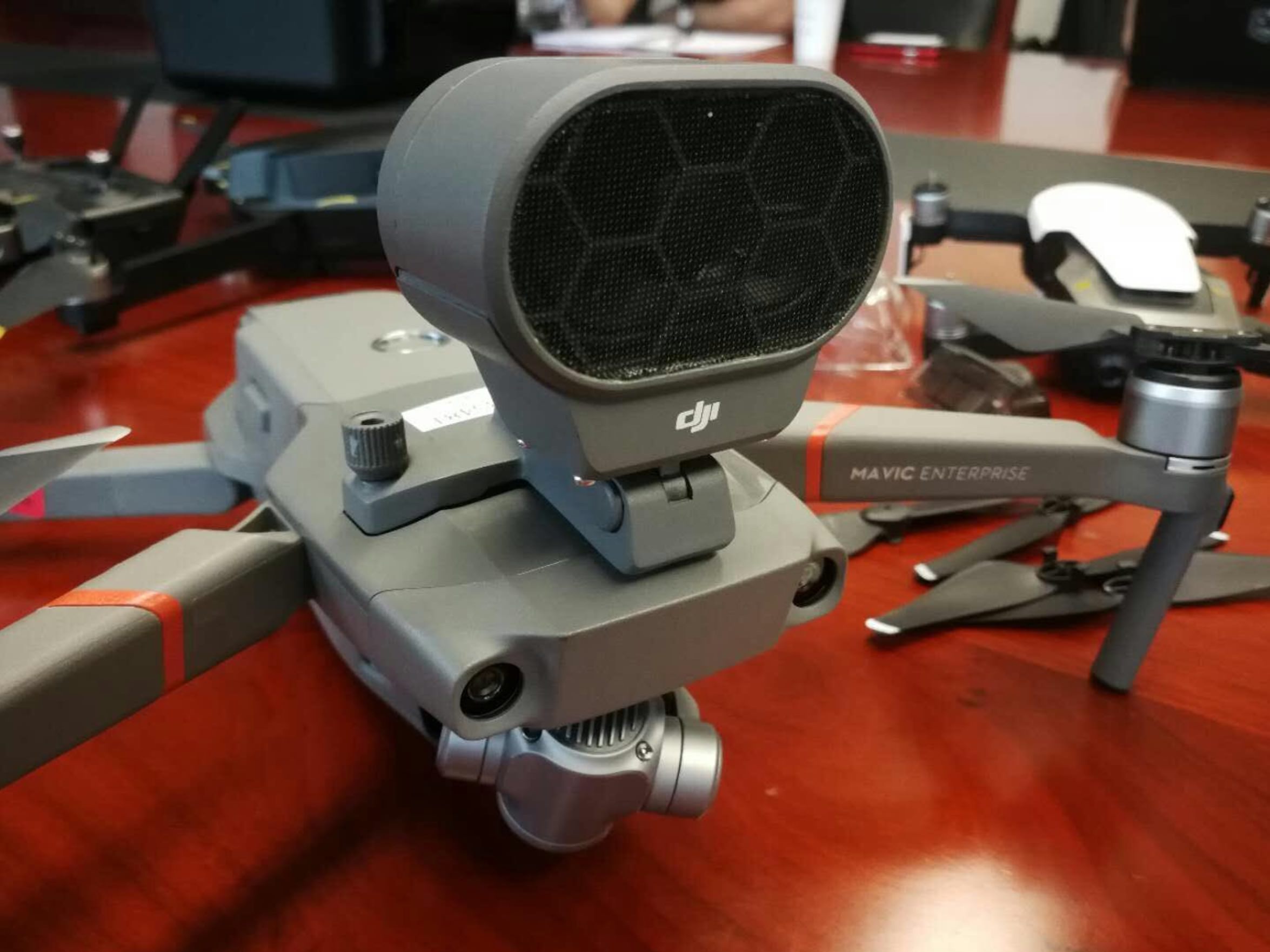 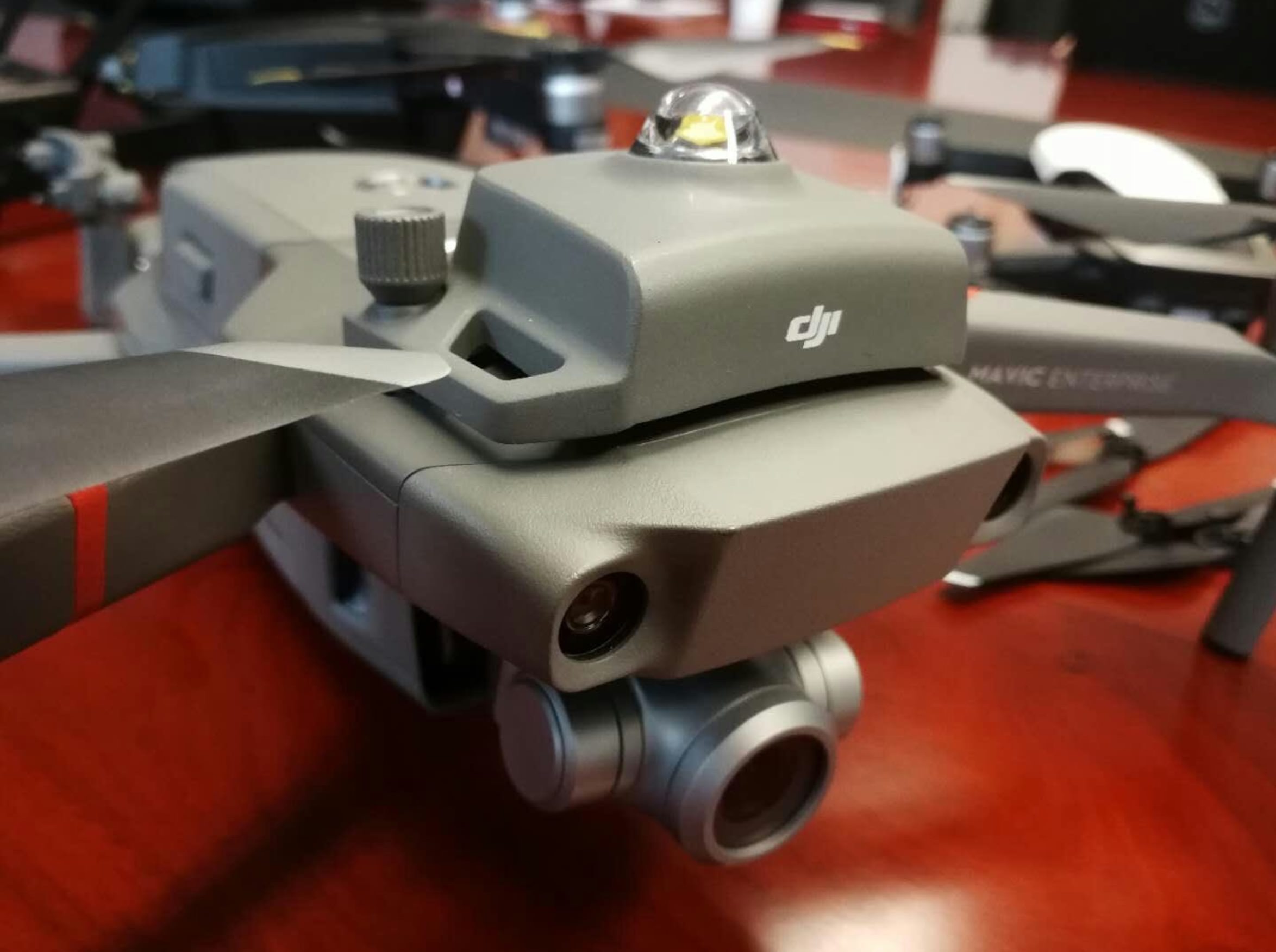 What do you think about DJI’s new Mavic 2 ‘Enterprise’ edition? Let us know in the comments below.