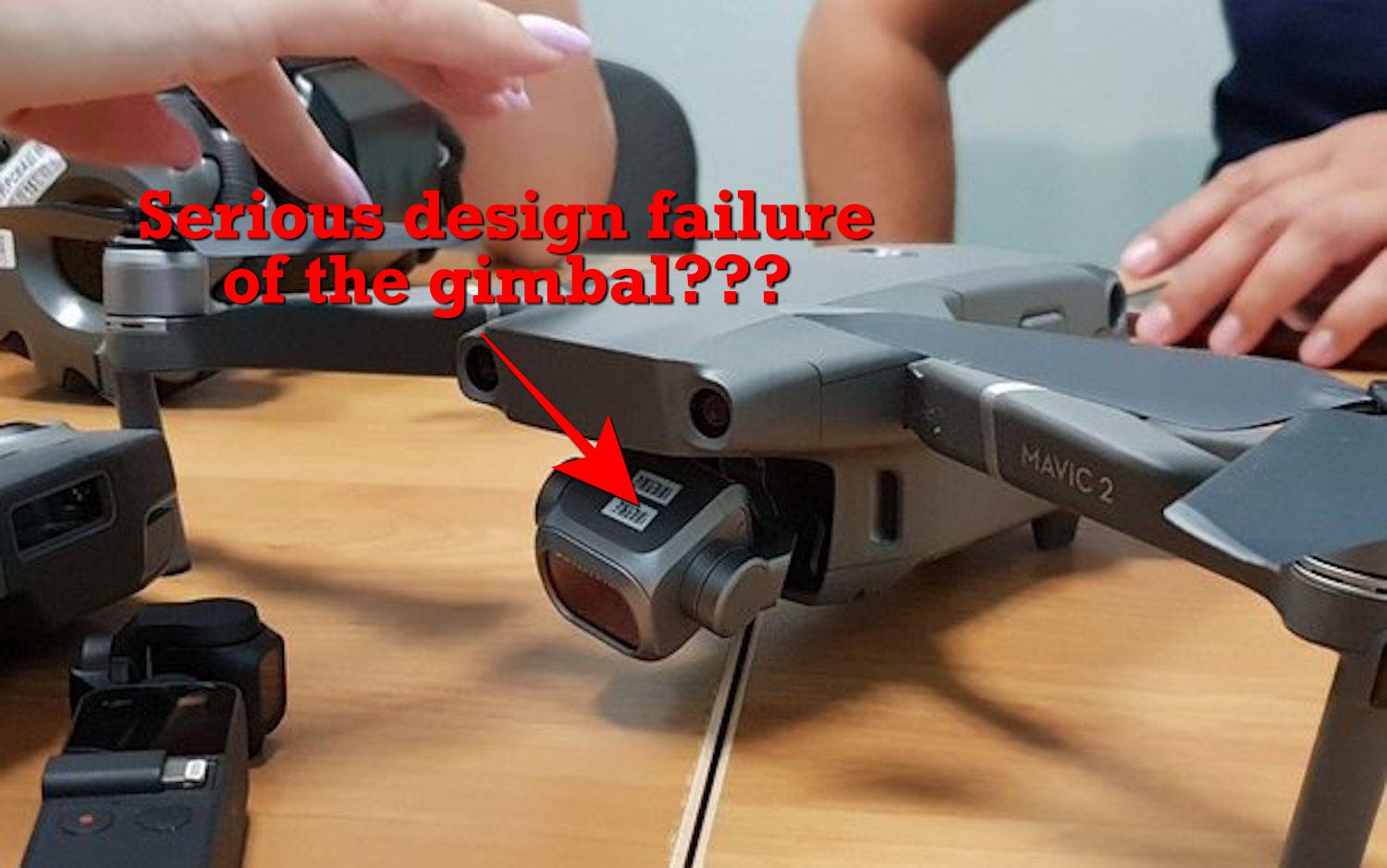 On July 5th, DJI announced that they would postpone their highly anticipated “See the Bigger Picture” event which was originally scheduled to take place tomorrow. The message came as a big surprise to all of us as it was only two weeks before what was believed to be the global product launch of the DJI Mavic 2. Since the postponement, rumors have been circulating about the possible reasons behind DJI’s decision. Today we learn that a ‘serious design failure’ of the Mavic 2’s gimbal may be the real reason for postponing the event. Update: message from DJI directly, denying the rumor. See post for more info

Update: Today, I woke up to find an email from DJI in my inbox in which they say that the delay of the launch event is not due to a design failure of the gimbal but that DJI wants “to ensure what we deliver to the market is up to our standard of innovation and we will have enough products available to ship to our customers when we do launch the product.” Without telling us what exactly the issue is, DJI stresses that it needs to meet their ‘standard of innovation’, which still seems to point to a technical problem with the product as well as having enough inventory available. That second part is interesting and is the first time we hear about the availability of the product being part of the reason to postpone the “See the bigger Picture Event.” DJI’s email ended with DJI acknowledging that there is: “a lot of excitement in the market on what’s to come, so we will definitely keep everyone posted when we are ready to make an official announcement.” No word on when that might be though…

A serious design failure of the gimbal

Since DJI decided to push back the global launch date because of user experience and standard of innovation factors, many industry experts and readers of our website have been wondering what may have caused DJI to postpone their event at the very last moment. Software issues, hardware problems, US-Chinese trade war, and other reasons had been mentioned as possible causes, however, no official word from DJI had emerged. Then, early this morning, OsitaLV tweeted out the following message:

“A message from a highly reliable source, about the postponement of the “See the Bigger Picture” event. (NOT COMFIRMED YET!)

DJI found a serious design failure of the gimbal, but mass-production had already begun, so they called it off. About 150000 products needed to be reworked.”

If correct and the problem is indeed a serious design failure of the Mavic 2’s gimbal, DJI will not only have a technical hardware problem to resolve but possibly also a logistical nightmare if indeed products had already been shipped to various locations around the world.

In his tweet, OsitaLV mentions that the information comes from a highly reliable source, seemingly to counter any doubts people may have concerning his credibility. He also mentions “not confirmed yet”. It is unclear if this is referring to the rumor not being confirmed yet or if OsitaLV is pointing to a new date for the “See the Bigger Picture” event not having been confirmed yet.

As of today, DJI has not yet announced a new date for the “See the Bigger Picture” event and I can imagine that it may still be a few weeks out before they do so. A big disappointment for everybody who was hoping to fly a new Mavic 2 this summer, but at the same time I applaud DJI for their commitment to delivering a high-quality product.

Let’s hope that the Chinese drone-maker can solve this quickly and reschedule their global launch event.

A message from a highly reliable source, about the postponement of the “See the Bigger Picture” event. (NOT COMFIRMED YET!)
DJI found a serious design failure of the gimbal, but mass-production had already begun, so they called it off. About 150000 products needed to be reworked.

What do you think about this being the reason behind DJI’s decision to postpone the event and how much of a delay do you think this might cause? Let us know in the comments below.