What on earth is this guy thinking flying his drone next to an A380 taking off from Mauritius?!?! 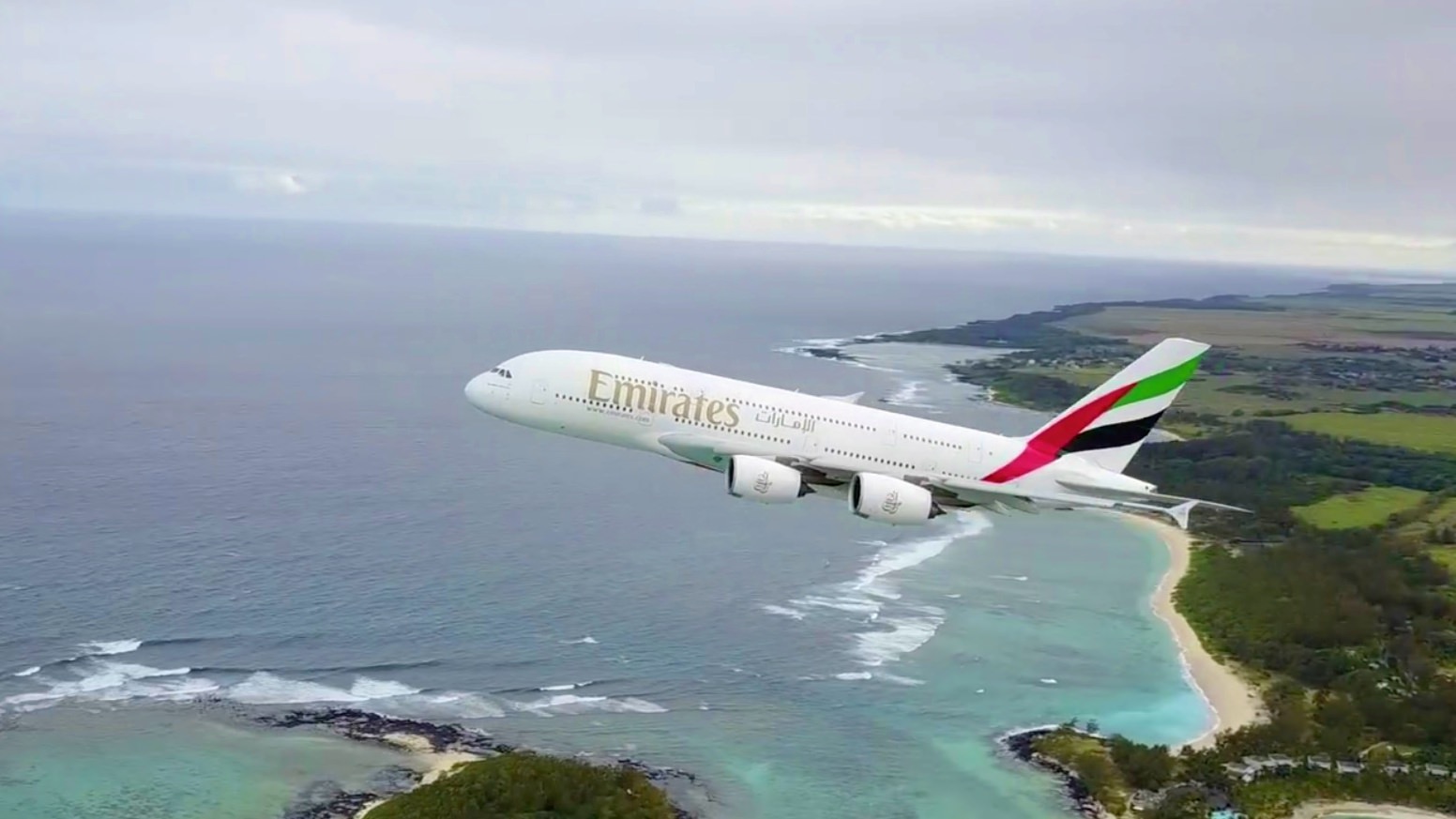 Check out this video! Somebody thought it was a great idea to fly his drone right next to an airport runway to record airplanes taking off. Not just any airplane. No, big ones. Like this Airbus A380 that can carry up to 525 people and that just took off from Mauritius Island in the Indian Ocean. I mean, seriously…

Way too close for comfort

As if we haven’t seen enough crazy stunts with drones flying close to airports and manned aircraft. Remember this one?

I’m actually at Newark airport about to fly to The Netherlands, as I write this article and the whole idea of some drone-lunatic who might think it is a great idea to capture airplanes taking off or landing, simply drives me nuts.

According to Helicomicro the commercial airplane you see in the short clip is an Emirates A380 that was taking off from runway 14 of Plaine Magnien Airport on Mauritius Island in the Indian Ocean.

The video clip was first uploaded to Facebook by Thierry Paris, who is an Air France A380 captain. He commented:

“That’s what a little crazy guy managed to do with a drone in Mauritius. Hello flight safety!!!”

as a fitting description to this video. The video was later deleted from his account. However, it was online long enough to be saved and distributed by others.

According to F-Stoppers, the airliner belongs to the Dubai-based company Emirates and they think it might be the 4:35 p.m. flight EK702 on a regular schedule to Dubai airport. They also speculate as to what kind of drone it might have been. DJI geofences areas around airports making it nearly impossible (unless you get access from DJI or hack it) to fly your drone close to an airport. Although this drone might have been just outside of that geofenced area. F-stoppers think instead, it might have been a Parrot Anafi based on what seems to be a digital zoom change around 1:12 into the video.

Check out the footage below and let us know in the comments just how comfortable you would be, had you been inside the A380 knowing that some lunatic is flying his drone right next to you!