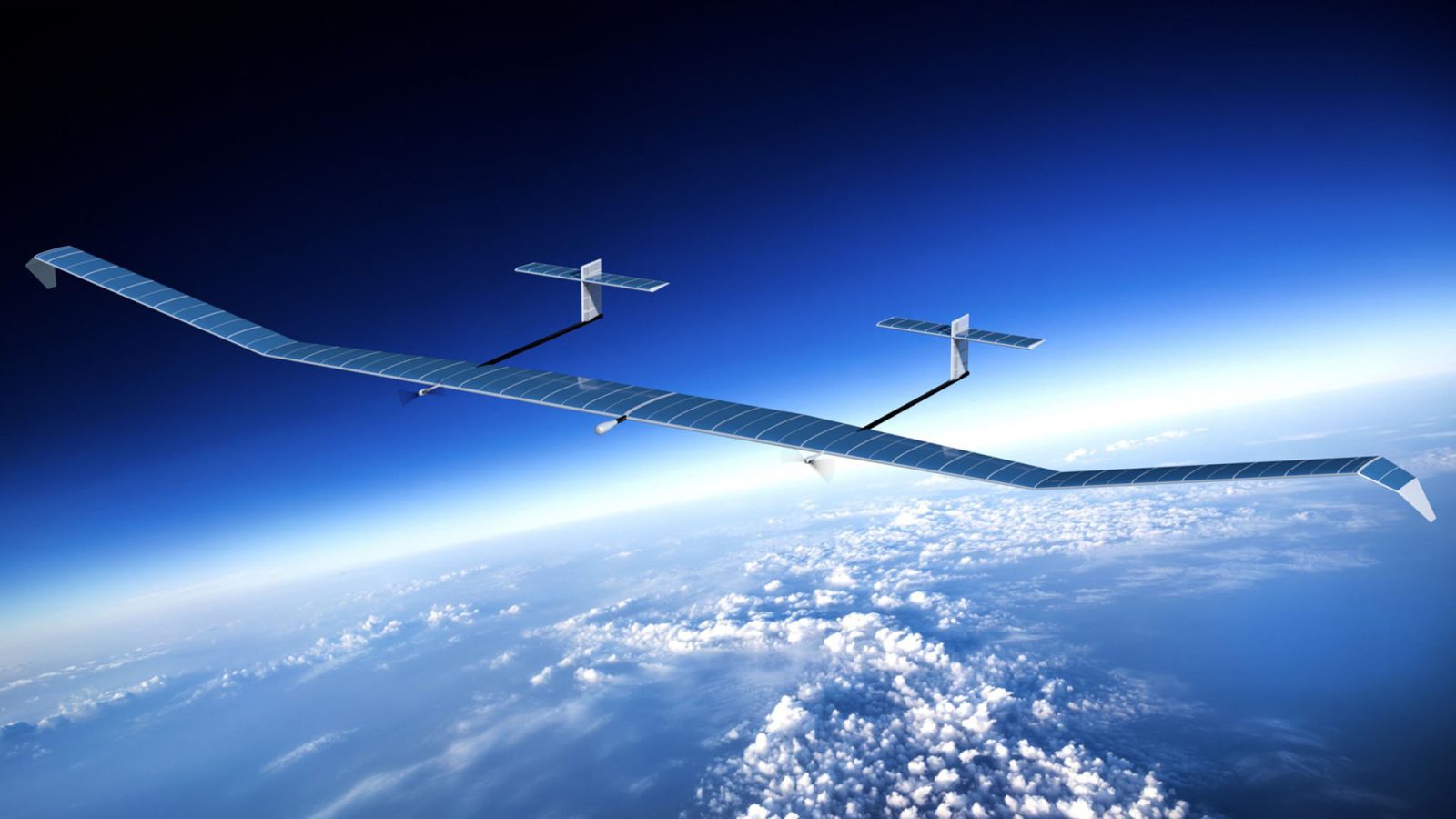 Airbus, a French company, has its eyes set on the unmanned aerial vehicle market with their Zephyr high altitude drone. You may be familiar with Airbus as a company who develops passenger aircraft, like the A380 that was recently captured by a drone while taking off, commercial jets, and even helicopters. Their goal is entirely different with this project as the Zephyr S and Zephyr T offer a wide range of possibilities.

Airbus has developed two different variants of the Zephyr UAV to accommodate a variety of different missions and payloads. The Zephyr S is a smaller aircraft with a wingspan of 82 feet (25m) and weighs less than 165 pounds (75kg). It is currently in the production stage with the first three units purchased by the British Ministry of Defense. As reported by DefenseNews, the first aircraft produced from this order embarked on its maiden flight in early July at a base located in Arizona.

The Zephyr T , on the other hand,is still in the development stage as Airbus continues to perfect its functionality. The wingspan of this larger variant stretches 105 feet (32m) and will weigh approximately 309 pounds (140kg). Aside from size, the design is altered slightly to accommodate larger payloads. View the photo below, courtesy of Airbus, to take a closer look at both Zephyr variants. 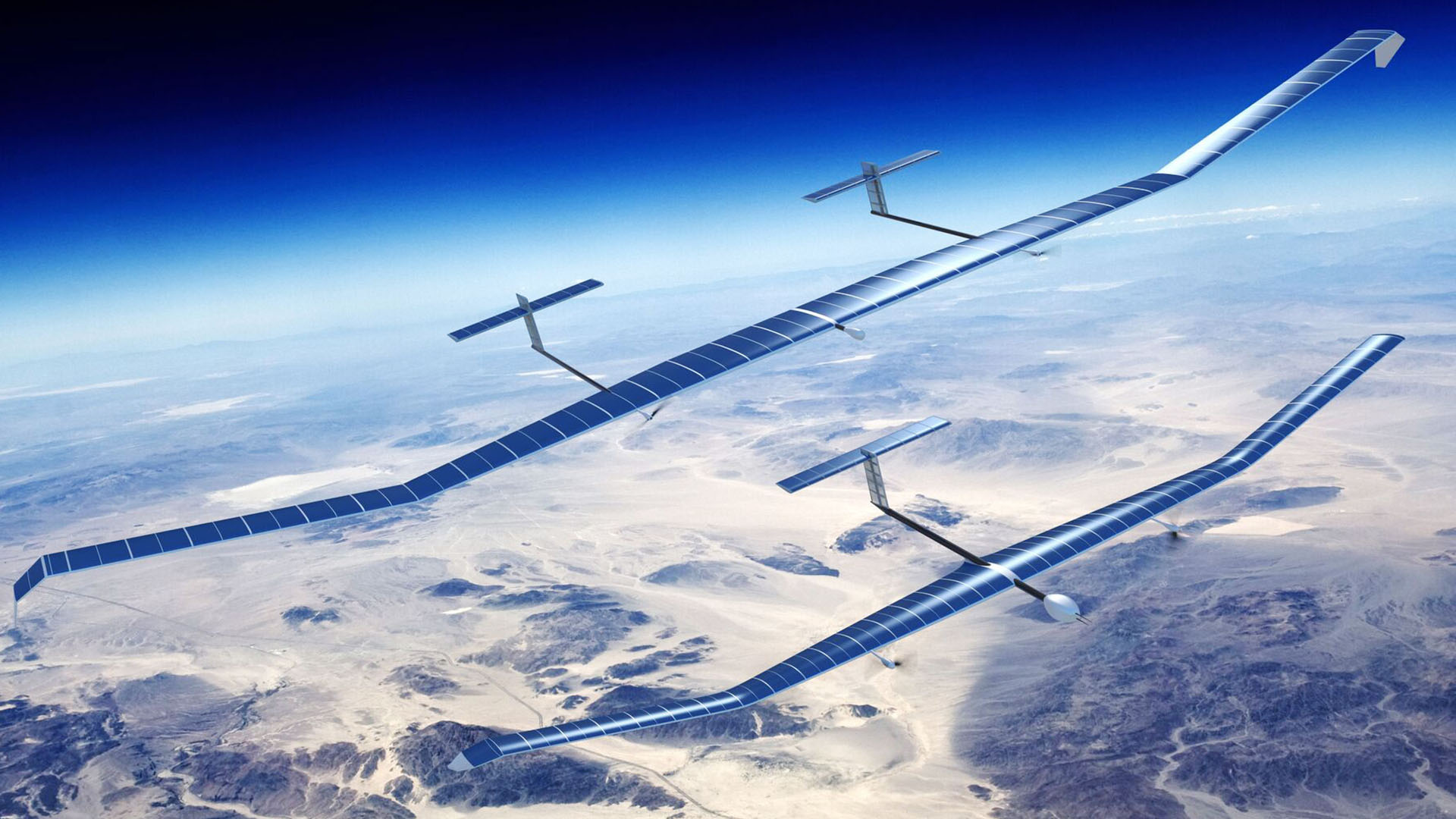 Both the Zephyr S and Zephyr T are lined with solar panels allowing this drone to fly using only electricity generated from the sun. Airbus’ goal is to create a “pseudo-satellite” UAV combining the practicality of a regular aircraft and the endurance of a satellite. Flying at 70,000 feet above the Earth’s surface, this aircraft will be free from flying through any storms as it touches the edge of space. Operating at this altitude also avoids commercial flights that take place closer to the ground.

According to Airbus, the potential payloads include HD Optical/IR Video, AIS, narrowband mobile comms, 100 Mpbs broadcast, radar, lidar, ESM/ELINT, and broadband comms. With its high flight endurance and solar energy consumption, the Zephyr is the perfect fit for communication companies and military operations, not so much cargo delivery.

Zephyr has logged over 1,000 hours of safe flight while holding an endurance record of 14 days in the air without needing to land. According to Airbus,

“Zephyr is the only vehicle to have demonstrated sustainable, unmanned, solar powered flights”

If this idea sounds familiar, you might be thinking of Facebook’s Aquila drone which came to a close in June of 2018. Their goal was to deliver internet to areas that did not have access via this high altitude aircraft. Since retiring the Aquila, Facebook has pursued a partnership with Airbus in their efforts to develop the Zephyr drone.

These early production units of the Zephyr S UAV are not the last thing you will see from Airbus. The Zephyr T is still in development and Airbus will continue to make further improvements to both of these aircraft variants to improve the flight endurance.

What do you think about the Zephyr UAV? Let us know in the comments below.