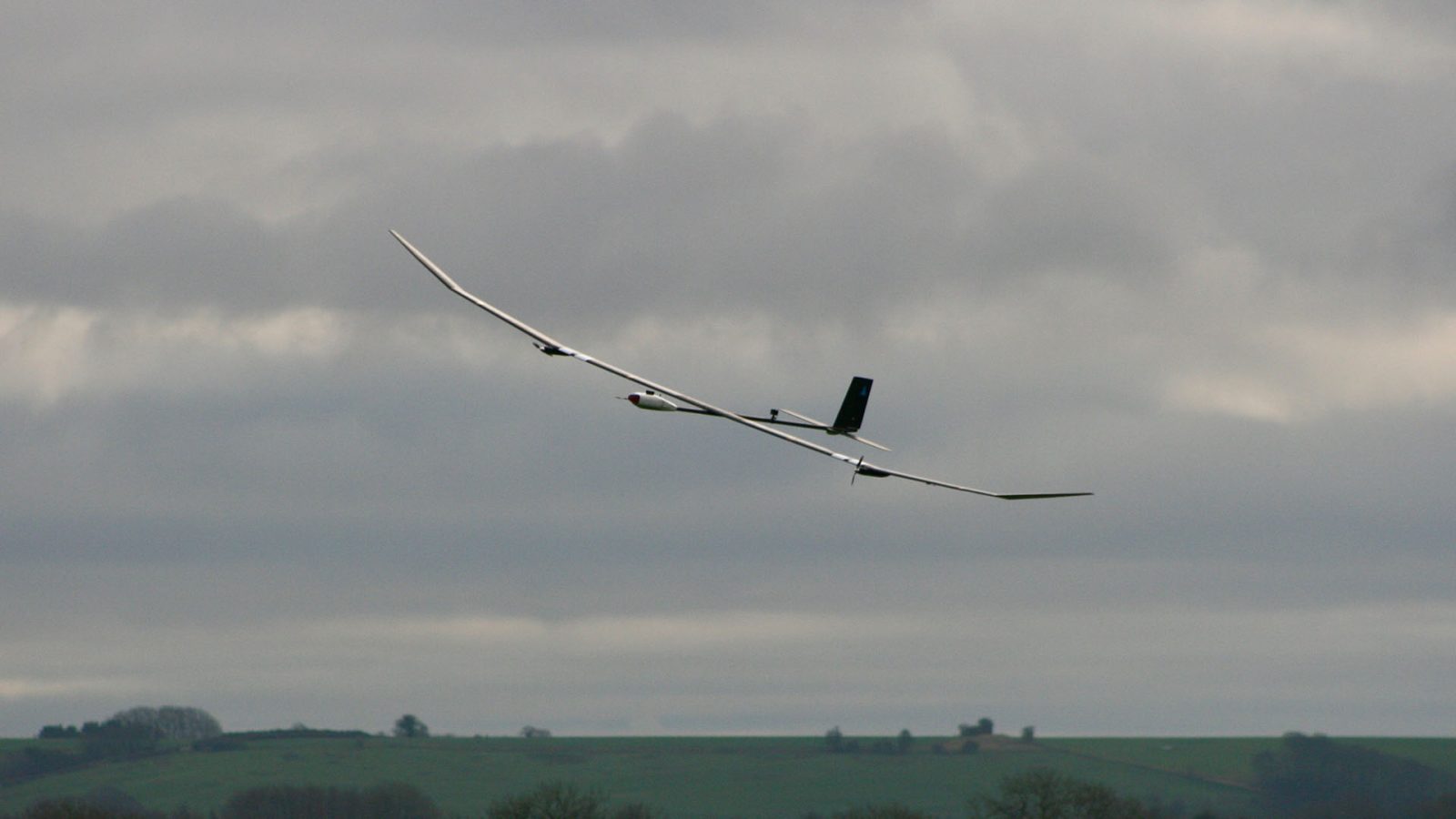 The PHASA-35 is a high altitude, long endurance aircraft that is currently in development through a collaborative effort between BAE Systems and Prismatic. The two companies behind this UAV have their eyes set on the long haul with intentions to keep this aircraft airborne for over a year.

The first full-scale aircraft is in the process of being built with test flights scheduled for 2019. The only version of the PHASA-35 that currently exists is a quarter-scale model known as PHASE-8. This was built to demonstrate flight performance and technology used. The test flight lasted for 2 hours and proved to be successful.

The lightweight design and rigidity of the aircraft will allow it to fly at high altitudes of 70,000 feet to avoid other air traffic closer to the surface and violent storms.

The solar array lining the topside of the aircraft will power the drone throughout the day while extra energy is stored in lithium-ion batteries for flying at night. With this method, the PHASA-35 will be able to carry out year-long missions without having to land for maintenance or “refuel.” According to Jonathan Dixon, engineering director at Prismatic:

“We want this to fly for as long as possible. For months, and eventually years.”

With the drone industry booming, everyone is looking for their piece of the pie. High altitude, long endurance aircraft are no exception as companies are pushing to stay in the air as long as possible using only solar energy.

The PHASA-35’s biggest competition is the Airbus Zephyr which is already in production, with the first order going to the British Ministry of Defense. It even set a world record for flight endurance, staying in the air for 14 days straight. In another statement from Dixon, he had this to say about the Zephyr:

“It’s a similar product, but doesn’t carry as heavy a payload. It will fly very high, and for an extended period of time, but that’s where the similarity ends.”

Facebook tried to get in the action with their Aquila drone but stepped away last June to focus on other endeavors.

With incomplete tests on the full-scale unit, the Zephyr seems to be the king of the long endurance game when it comes to drones. The PHASA-35 has not proven its claim of “year-long flight” and has achieved low times with the quarter scale model. Once the final production unit has been developed, then we can make our final comparisons.

What do you think about high altitude long endurance drones? Let us know in the comments below.