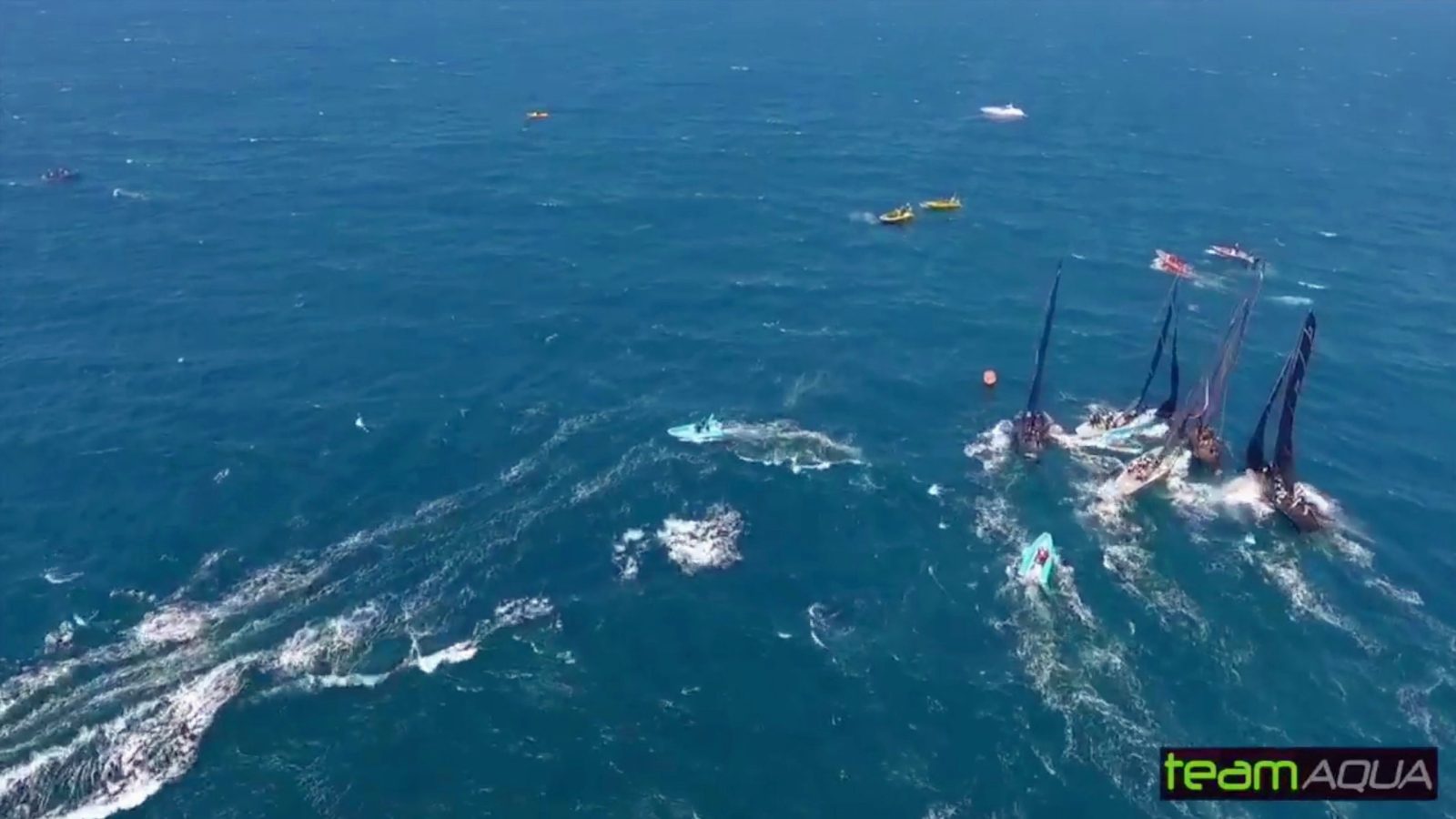 Take a look at this drone video that was taken last weekend during the RC44 World Championship 2018 in Cascais, Portugal. The race took place on September 30th at the ‘Clube Naval de Cascais‘. The RC44’s are very fast sailboats. Throw in 20 knots of wind and some current and this is what happened. Luckily a drone was in the air to capture the spectacle.

Carnage during the RC44 World Championship 2018

“So most couldn’t round the starboard mark, went to port and fell in collision course with the last boat holding starboard as long he could, forcing the ducks to tack again under the mark and on top of each other. Excellent maneuver if that was the intention.”

Recently we have seen drones being used more often during sailboat races and often providing spectacular footage as you can see in the articles below the video.