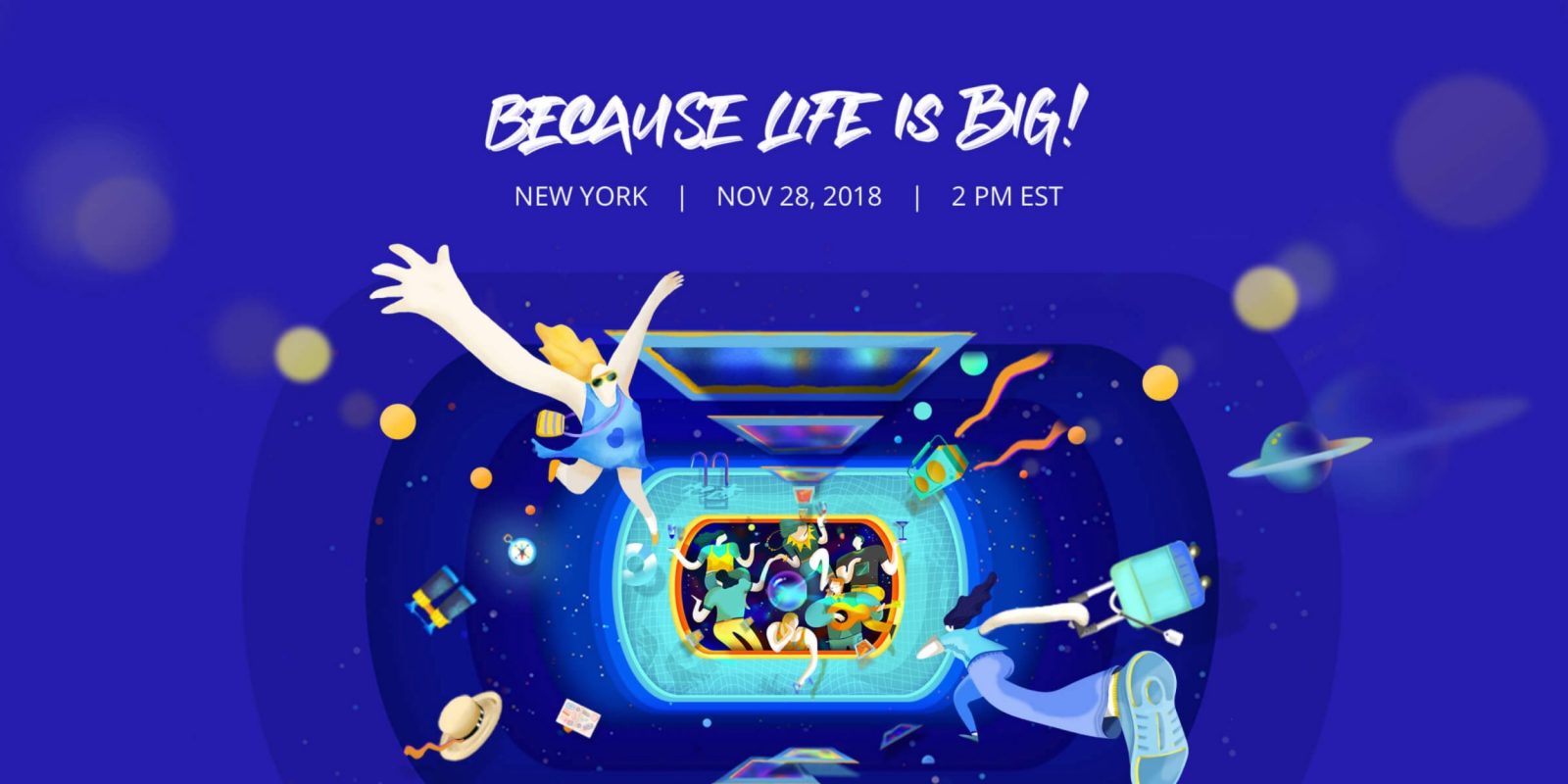 Ok – here we go again! DJI just sent out an invite to press and media members for an event in New York. It is titled: “Because life is big!” DJI tells us that they are delighted to invite us to an exclusive DJI event on November 28th, from 2 pm to 4 pm EST at Good Morning America Studios in Midtown Manhattan to showcase their latest technology. What might this be all about? Could it be the long-awaited DJI Phantom 5?

DJI’s invite to an exclusive DJI event in New York

The invitation arrived earlier today by email and reads:

“DJI cordially invites you to join us for a special announcement on November 28th in New York. We’re excited to showcase DJI’s latest technology. we look forward to seeing you!”

After clicking the link to RVSP, we’re taken to a DJI event website that says:

“DJI is delighted to invite you to an exclusive event! From 2 pm to 4 pm at Good Morning America Studios.”

After RSVP’ing, DJI tells us to:

“Get Ready to Live Big!”

The invite is accompanied by an illustration that looks down on to a pool where people having a good time and seem to be traveling to. It seems to portray either a party lifestyle of a traveling one. It even shows a planet with a ring like Saturn. It makes you wonder exactly how big DJI is thinking this time.

‘Because life is big!’ Could it be a Phantom 5?

Could it be the release of the new DJI Phantom 5? That is the ‘big’ question everybody is wondering now. It seems that it might be. DJI told us early in the year during the Mavic Air event that 2018 was going to be a big year for the Chinese drone maker. Then the company followed through with the release of the Mavic 2 Pro and Zoom drones in the summer. That event as you all know was originally scheduled to take place on July 18th but got postponed due to mysterious reasons to August 23rd. To now, introduce a new Phantom 5 right before the holidays would indeed make 2018 a really big year for DJI.

DJI has chosen New York for all their major global drone releases, such as the Spark, Mavic Air, Mavic 2 Pro and Zoom drones. DJI’s ‘Because life is big!’ takes place in New York (at the Good Morning America Studios no less!) as well, which might indicate that the new Phantom 5 is imminent.

The last version of the current Phantom 4 line-up was the introduction of the DJI Phantom 4 Pro V2.0 that was quietly released by the world’s largest drone manufacturer early in May. The original version of the Phantom 4 was released in early 2016, so it seems that it would be due for a replacement.

Now, please keep in mind that we do not know for sure that DJI will be releasing the long-awaited Phantom 5 during this event.