Boeing 737: no evidence of drone strike as of yet 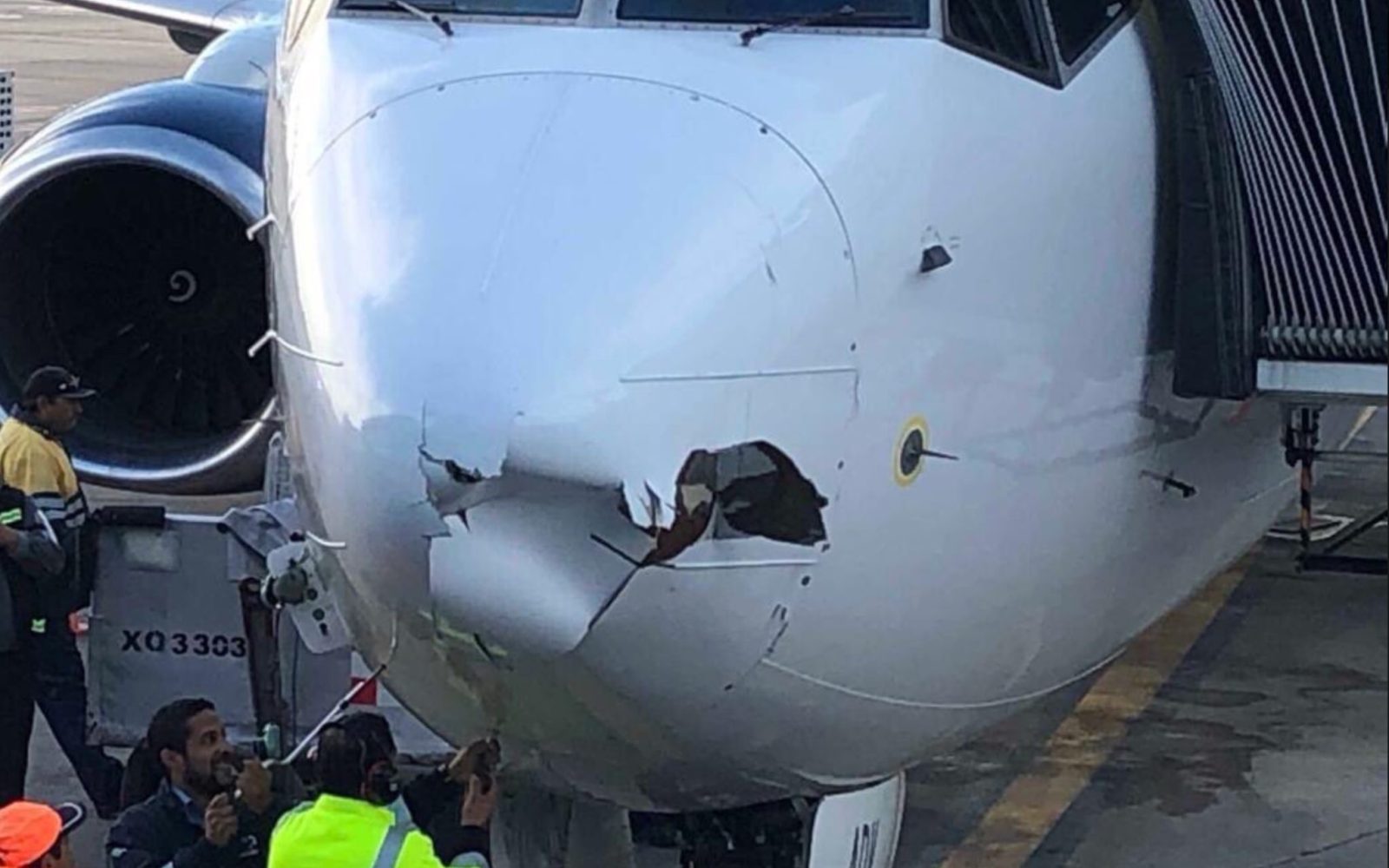 Last week crew members of a Boeing 737 passenger jet that was making its approach in Tijuana, Mexico, heard a “pretty loud bang.” Based on the photos of the damage to the commercial airline, it was speculated in the local media that the damage may have been the result of a drone collision. However, today we learn from the Aviation Safety Network that “there is no confirmation or evidence yet that a drone strike actually took place.”

No evidence of drone strike as of yet

The “pretty loud bang” described by the crew of the Boeing 737 passenger jet as well as the initial photos of the damage, led to various local media to conclude that a drone might have been involved. The lack of blood and feathers seemed to exclude the possibility of a bird strike.

However, we have learned from the Aviation Safety Network, founded by fellow Dutchman Harro Ranter that:

“Aeroméxico flight AM770 sustained damage to the nose radome while the aircraft was approaching Tijuana-Rodriguez Airport, Mexico.

Photos of the aircraft show a large dent and tears on the right-hand side of the nose radome along with partial delamination.

Despite rumours that the aircraft could have been hit by a drone, there is no confirmation or evidence yet that a drone strike actually took place. Cases are known of nose cone structural failures without any collision, such as to a LAM B737 in Mozambique in 2017.

This incident was initially and erroneously blamed on a drone strike.”

The Aviation Safety Network’s Mission Statement says that it strives to provide: “everyone with a (professional) interest in aviation with up-to-date, complete and reliable authoritative information on airliner accidents and safety issues”. The founder of the website, Ranter has been documenting accidents with airplanes since 1983 and has been documenting these accidents online since 1996. Their sources are national authorities and safety boards around the world.

The report also states that there have been cases of ‘random’ implosions over time due to previous birdstrikes as was the case with F-100 DAGPH on 1 July 2010.”

Hopefully, this preliminary conclusion will not change as we await the results from the Grupo Aeromexico SAB investigation.

Note: I later say this WSJ article in which they say:

“According to U.S. industry and government officials, there appeared to be no sign of feathers or blood on the damaged section of the aircraft, nor did Mexican authorities find embedded remnants of a drone.”