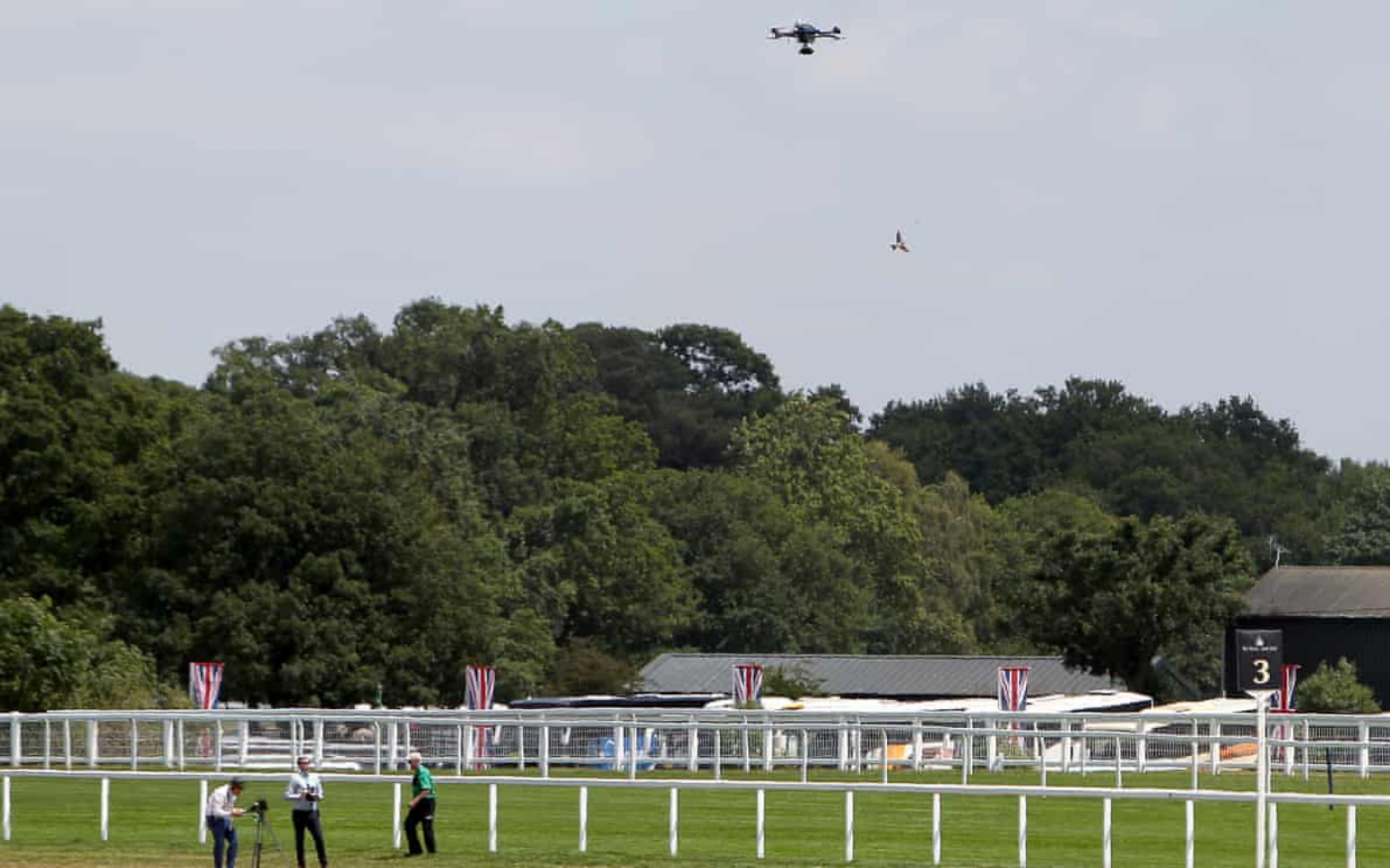 British racecourses want to ban drones during horse races, but not out of fear for the safety of the horses and their riders. No, the tracks want to ban drones because they might be used by in-running punters, who would use the real-time photos or video to get an advantage over fellow gamblers. One of the leading racecourse operators in the country said drone operators selling the images to gamblers would be regarded as theft. What was not said is that these drones are a threat to the lucrative business performed by the racetracks that rent out spots along the track for a hefty price to gamblers to get an edge.

Greg Wood writes for the Guardian:

British racecourses want to ban the use of drones around tracks while racing is taking place… due to concerns that punters on Betfair are using real-time pictures from the drones to get an edge when betting in-running.

[The] obvious reason why many racecourses would want to stamp this practice out: it is competition for their in-house operations, which sell the same edge for thousands of pounds annually.

The time delay on “live” racing tends to vary according to day, track and platform but it is rarely less than three seconds and can be as much as 10 seconds…

…they offer a hint of the steady money to be made in every race, every day of the week, by anyone with access to truly live pictures and a lightning-fast connection to Betfair.

…small to medium-sized tracks will now make some dedicated provision for in-running punters, and the annual value of the market in live pictures is significant. So it is little wonder that they see drones feeding live pictures to Betfair backers as amounting to “theft”, in the words of a spokesman for Arena Racing Company (ARC) quoted in the Mail piece.

Whether it is possible to do anything about the drones is also an interesting question, because most tracks are surrounded by land where flying drones is legal and pursuing the users through the courts for breach of copyright, even if you can track them down, would be expensive and, in all likelihood, futile.