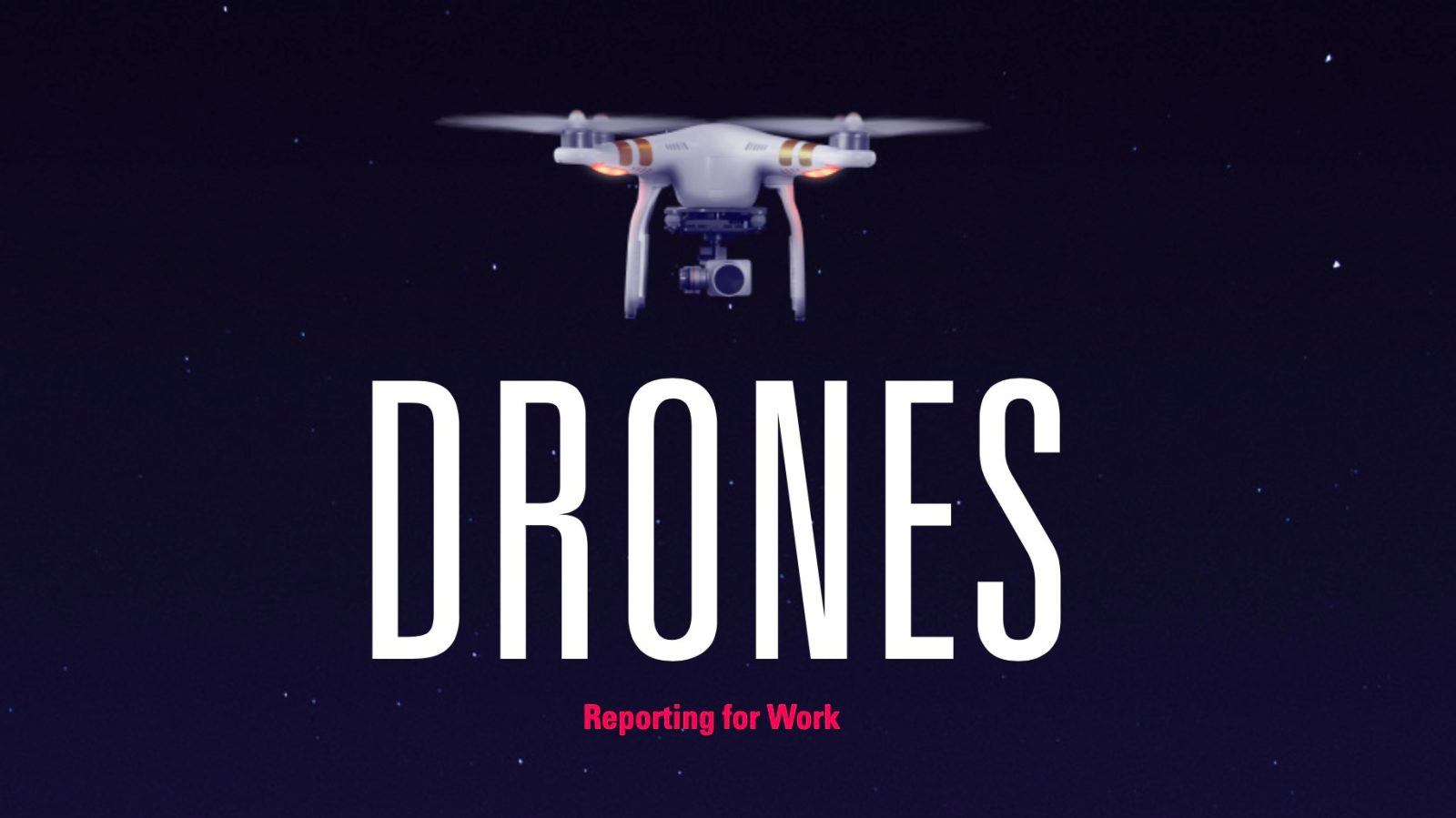 In a research report titled ‘Drones Reporting For Work‘, Goldman Sachs forecasts the global drone industry to reach $100 billion by 2020. The investment bank calls it an opportunity “too large to ignore”. It shouldn’t come as a surprise that the biggest part of the global drone business is taken up by the military. The Defense drone market will be good for $70B. The consumer drone market comes in at a second place, with a market size of $17B by 2020.

This report was published some time ago, but it makes sense to share it here in light of the recent developments in drone regulation.

The investment bank, Goldman Sachs estimates that the global drone industry will reach $100B by 2020, according to one of their research reports titled ‘Drones Reporting For Work.’ 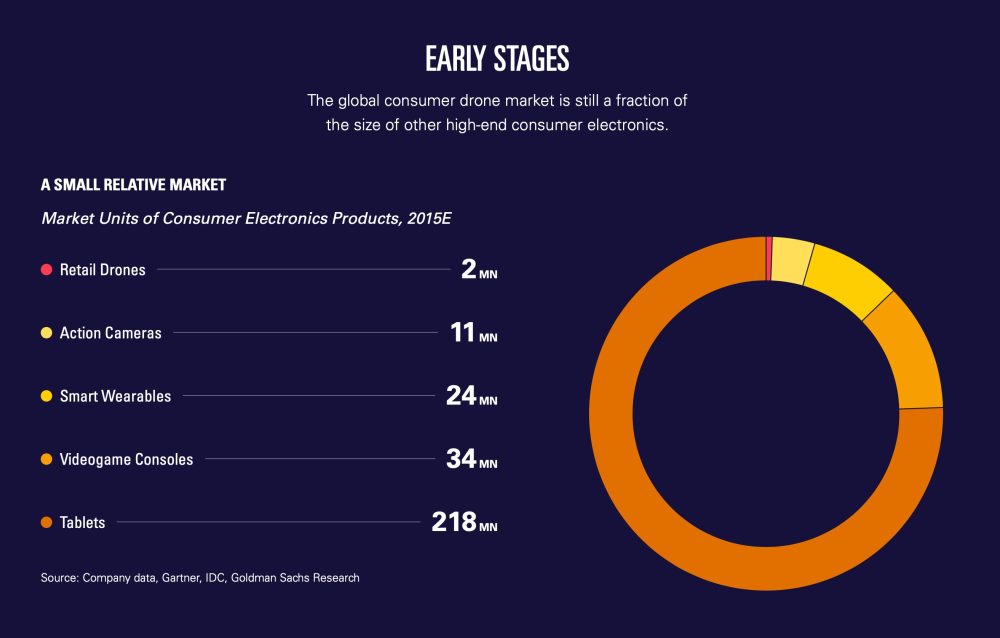 The consumer drone market has room to grow. 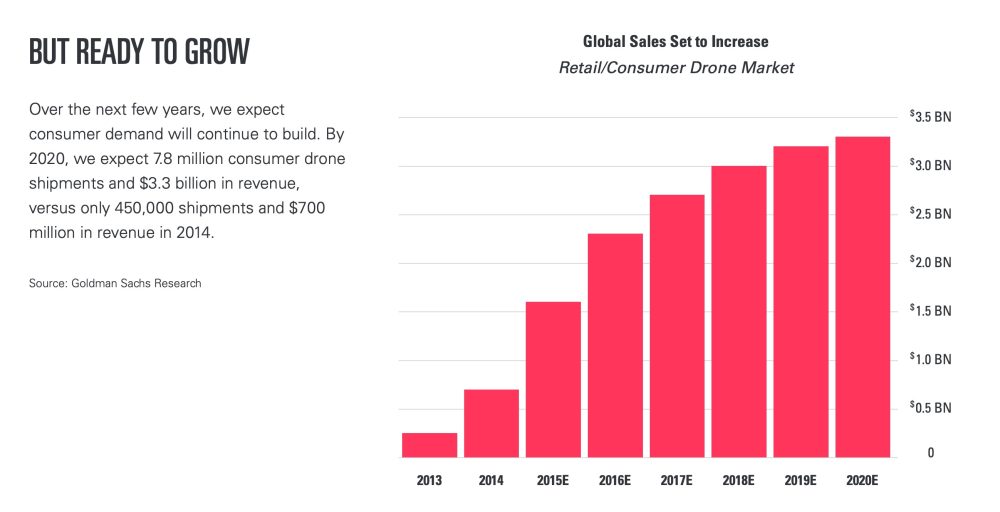 The fastest growing drone market, however, is the commercial drone market for businesses and governments. Goldman Sachs expects this market to grow to $13B between now and 2020. If DJI’s Airworks 2018 was any indication of what’s to come, this number should come as no surprise and it seems that DJI has realized that as well. Hence, the increased focus on developing the commercial drone market with new products such as the DJI Mavic 2 Enterprise and Phantom 4 RTK. 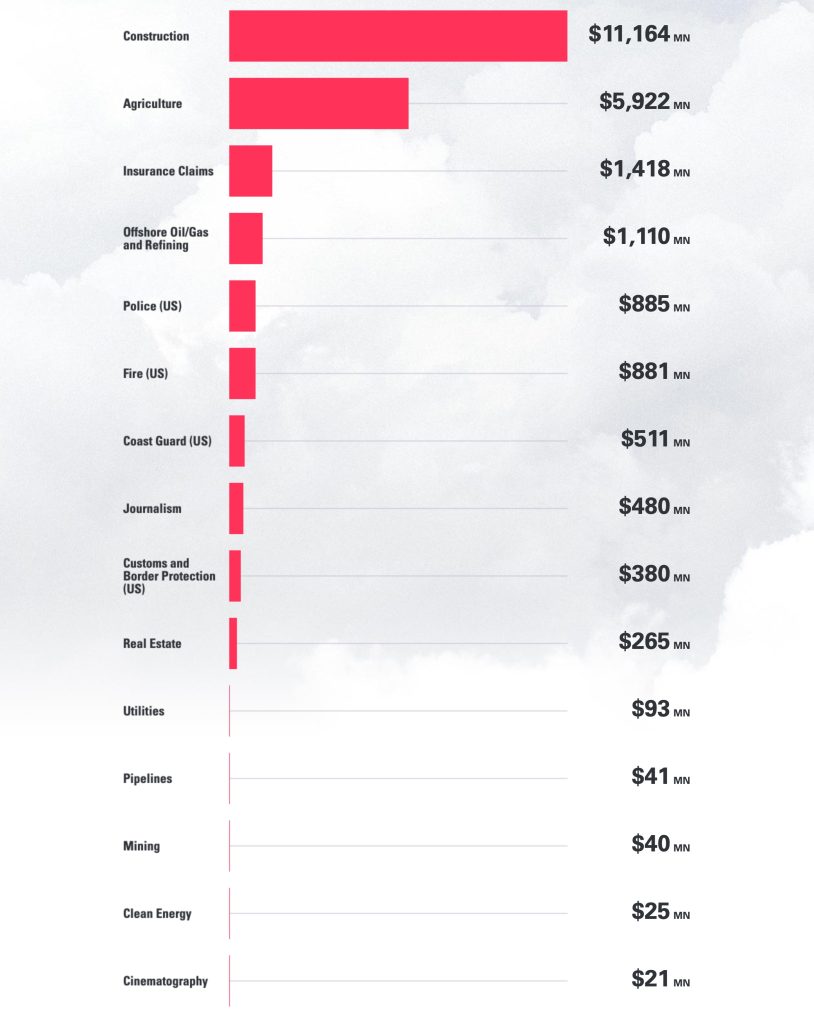 Goldman also points out that the benefits that drones offer, will only materialize if the Federal Aviation Administration (FAA) will create the legal framework in which the unmanned aircraft can operate. Remote identification, BVLOS (beyond-visual-line-of-sight), flights over people and at night all play a crucial role here as most of our readers will know. The FAA realizes this as well and says that it is moving as fast as it can to accommodate the fast-growing drone industry. These recent developments are very promising indeed but it will take time to get new drone rules into effect. Goldman Sachs writes:

“The rapid growth of the drone industry has outpaced the development of rules and systems to govern their use. This uncertainty weighs on innovation and commercial adoption, but anticipated regulatory clarity should unlock demand. NASA is leading a multibillion-dollar effort to develop a US airspace management system capable of safely coordinating manned and unmanned flight, while the Federal Aviation Administration (FAA) is expected to further ease restrictions that are keeping commercial drones from reaching their full potential.”

Goldman Sachs concludes that the drone market is ready for strong growth in the commercial space with the evolution of the regulations. The full economic potential of the $100B global drone market will likely be multiple time that number as it reverberates through the economy.

You can find more information on the research report titled ‘Drones Reporting For Work’ from Goldman Sachs here.